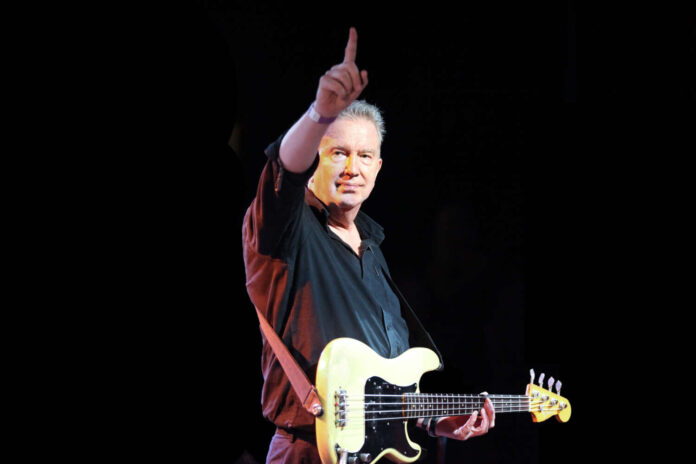 In 2020, broadcaster and songwriter Tom Robinson intended to mark his 70th birthday by embarking on a month-long tour with his live band. Of course, COVID put paid to that, but now, twelve months later, he’s ready to celebrate over seventy years on the planet by playing highlights from his long career in music. And he’d like you to join him!

Tom Robinson’s music career began with the London acoustic trio Café Society, whose 1975 album was produced by Ray Davies, but he came to fame in the late seventies with the Tom Robinson Band (TRB). A vocal supporter of Rock Against Racism and LGBT rights, Tom enjoyed chart success with ‘Don’t Take No For An Answer’, ‘2-4-6-8 Motorway’ and ‘Up Against The Wall’ and a BBC ban for ‘Glad To Be Gay’! TRB’s debut album ‘Power In The Darkness’ went gold in the UK and Japan, and after the band broke up in 1979, Tom subsequently wrote songs with both Peter Gabriel and Elton John.

Tom had solo hits in 1983 with ‘War Baby ‘and ‘Atmospherics: Listen To The Radio’, and was offered his own regular radio show on the BBC World Service. Between 1992-1996 he released a trilogy of albums on the acclaimed UK folk/roots label Cooking Vinyl and his career as radio broadcaster began to take off. Robinson went on to host programmes on all eight of the BBC‘s national radio stations and win two gold Sony Academy Radio Awards. He was on the founding team for alternative music station BBC Radio 6 Music when it launched in 2002 and recently presented three shows a week.