A Summer of Theatre 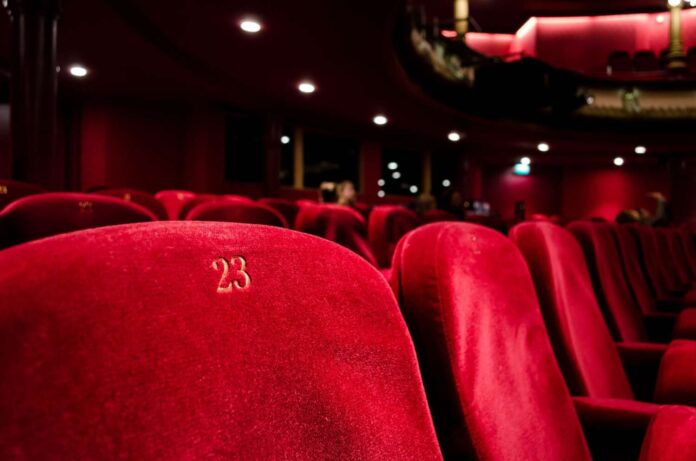 It feels like so much has been leading up to this moment. All remaining well, we really are getting a Summer of Theatre in 2021 – the news we’ve all been waiting for! We were fortunate enough to have a few short spells of theatre in 2020, but we hope it’s here to stay from the 17th May onwards.

I teased at a few things in last month’s 30th special feature but, since then, I have spoken to a few more of our theatres. One being Thorington Theatre, who, amidst the pandemic, found their home nestled in the Suffolk woodland for an exciting new outdoor theatre experience. I’m in awe of the vast array of shows they already have lined-up – providing everything from Shakespeare and other Literature Classics, to modern originals. There really is something for everyone and I look forward to making a visit.

I also recently spoke to Steve Mannix, Executive Director of Colchester’s Mercury Theatre, who talked about the exciting new theatre site they have built, which has been great for generating the local economy as well as opening up lots of new opportunities for the local community. While there’s no public announcement on shows just yet – they’ve still been busy creating online projects, working on the new creative engagement program, and preparing for the reopening. They can’t wait to show off the new site, and those eager to see it can hang out in the new front-of-house bar and book tours of the new building, which they hope to begin the weekend of the 26th and 27th of June; with the aim for live shows to return by the end of July.

Who said you can’t have a Panto all year round? After being postponed at Christmas 2020, Eastern Angles are back with their unique ‘panto alternative’ and off-the-wall comedy Sam Snape and the Curse of the Chillesford Chough in June (15th-19th). After the brief run last year, The New Wolsey theatre are also set to return with their festive hit of The Snow Queen (27th May-13th June) which, when we reviewed it, could only be summarised with: “its everything you expect from a New Wolsey Rock’n’Roll Panto!”. The beauty of this show is that if you’re not ready or able to step back into a theatre just yet, they are also live streaming every performance, so you can choose a way to enjoy it that suits you.

Norwich Theatre has also announced that, following the success of last year’s Interlude season of events, they are back with the big-top circus tent for the return of its outdoor season of live performances and creative activities. The INTERLUDE in the CLOSE season will take place at the Norwich Cathedral Close from 14th July to 30th August 2021. Working in partnership with Lost in Translation Circus, Norwich Cathedral and Norwich School, Norwich Theatre’s packed programme of events and activities will support and compliment the National History Museum’s ‘Dippy on Tour’ as the museum’s much-loved Diplodocus cast comes to Norwich Cathedral from 13 July to 30 October 2021. The programme that has been announced thus far is already proving strong, and it’s bound to be a hit once more.

Cambridge deserves a mention of its own because their theatres have been working hard to get themselves back up and running. The ADC Theatre have been bubbling away presenting a mix of live streams and live performances, if you can’t get to the Edinburgh Fringe this year (which is still set to go ahead) I would imagine this place is the next best thing. Similarly Cambridge Junction has an eclectic mix of music, comedy and performance worth keeping an eye on. Cambridge Arts Theatre has recently announced an exciting season of events, which feature a great array of shows and star-studded names such as Ralph Fiennes, Julian Clary, Matthew Kelly, Nigel Havers and Patricia Hodge.

Felixstowe’s Spa Pavilion are reopening in June with the exciting and energetic West End and Broadway smash-hit that is Kinky Boots (24th-27th June), faithfully recreated by the Dennis Lowe Theatre Company. Written by Harvey Fierstein and with music and lyrics by Cyndi Lauper, this amazing show will send you home singing. Based on true events, this huge-hearted musical tells the story of two people with nothing in common—or so they think. Charlie is a factory owner struggling to save his family business and Lola is a fabulous entertainer with a wildly exciting idea. With a little compassion and a lot of understanding, the unexpected pair learns to embrace their differences and they create a line of sturdy stilettos unlike any the world has ever seen; but in the end, their most sensational achievement is their friendship. This is a personal favourite show of mine; it’s bound to win over audiences and definitely worth a trip to the seaside for! Check out their website for more great events the Spa Pavilion has lined-up.

All that, and I have barely scratched the surface! It’s so good to know hope is on the horizon and we can safely be sat inside a theatre again soon. In addition, we have gained the newfound pro-side to live-streams which I think is great for accessibility. Nothing beats the feeling of live entertainment, and the shows and venues need our support now more than ever, but it’s good to know there’s room for both – though I, for one, can’t wait to watch that curtain rise.

The Festivals Are Coming…