J: How did you get into music?

A: Since about the age of 13, I’ve been in and out of bands and stuff and then the older we got, the more people started drifting apart and going to uni and getting jobs. I fell into that as well, I did an apprenticeship when I was younger and started doing gigs on the side. In 2018, I decided I’m going to give music a go full-time and just try and make it. I wanted to be doing something that I wanted to do in life.

In 2018, I just tried my hardest, emailing everybody all around the UK and I think that year I did 260 gigs all around the UK. I just didn’t want to be in one place, I wanted to try and get around as much as I could. A lot of local musicians are just trying to stay kind of where they are and I think, if you want to get your name out there, then you definitely need to go a bit more further afield and test the waters. That’s what I did and it just kind of snowballed from there. Eventually, I invested in a home-recording studio in 2020 and released a four-track EP and that gained a lot of popularity overseas with people from Australia, America, and Europe. They jumped on board and liked what I did. I then recorded a full ten-track album which was released this year in March.

I’m trying to push more of my original stuff in gigs now because I typically do some covers when I perform but yeah that’s where I’m at now really.

J: How would you describe your music?

A: It is quite chilled, it’s very acoustic. The recorded bits are built up to give it a little bit more meat behind it. With the live shows I do, I’ve got a custom-made piece of equipment. You can plug a jack lead into it, it’s like a boom-box kind of thing where you can do percussion on it too. That’s really helped with the live shows and that, to me, is super cool.

Woodbridge Arts and Music Festival- what can people expect from your set?

I’ll probably keep it more of a chilled sort of vibe. I’ll be doing everything from like 60’s to current day music so that we have a bit for everyone. I’ll definitely be chucking in my originals as well which I think will suit quite well for a festival like the Woodbridge Arts and Music Festival, it’s a celebration of music and art so I kind of want to show off my own music too as well as celebrating songs that I love.

J: Is it your first live gig back since the pandemic?

A: No, no, no I’ve been doing quite a few things! I did quite a few gigs when we were in tier two in pub gardens. This weekend I’ve been to Sudbury and got a quite few gigs booked up, safe to say I need it! It’s lovely to be back. When I first started playing music, I was always chasing people but now it’s quite nice to see that people want me in their venues and so I can’t grumble at all really. It’s been a bad year of course but there’s been a lot of online streaming and stuff which has really helped me out. I’ve just been trying to keep current and prevalent.

J: What was it like performing on a live stream compared to being on a stage?

A: The first few live streams it was harder than a gig because I didn’t know who was going to be watching and it was kind of awkward trying to speak to a camera and engage with people you can’t hear or see. I’ve gotten into it though, it’s kind of the same with a gig if I’m honest, the first few songs you’re a bit anxious but you remember that you’re doing something that you love to do and hopefully, people are enjoying it. That’s the goal, if people are enjoying it and having a good time then so am I, you know?

J: How can we, in the local area, support local artists like yourself the best then?

A: Just coming out to see shows really and just showing their support by following the performer’s social media pages or websites because that’s where a lot of our info is. Mine tells everyone what I’m doing and where I’m going to be and so that really helps if it’s supported. Two clicks on social media and you’ll know everything that’s going on in my career.

But yeah, people coming out to shows is really important right now. I know everyone wants to go out and see their friends and all that but I think people forget how important it is to support the music industry right now and beyond. The music industry is a life-saver to a lot of people.

J: What does music and performing mean to YOU?

A: For me, I’ve always loved playing music. I grew up in a small village in the middle of nowhere. My brothers and I found an old dusty guitar in the loft and we didn’t know what it was. My mum and dad were really musical so it’s always been in the family but to play it for a living now while being able to provide for my family… I can’t ask for much more than that really.

I can’t grumble, I’ve done the jobs I didn’t want to do and now I’ve found something I love that doesn’t make me miserable. Music means the world to me, in my darkest times it’s saved me and that’s why I do it now full-time. 2017 was the toughest time of my life but I just thought to myself life is too short and it’s time to start cracking on with what I want to do. Let music live on, let’s keep going and hopefully people will start coming to more shows.

The W.A.M festival will be coming to Woodbridge on Sunday 6th June 2021, Sunday 4th July and Sunday 1st August 2021, opening from 10am until 5pm at The Tea Hut.

A donation from W.A.M’s first market will go to Ella’s Fight, a charity close to the hearts of Tea Hut owners Sharon and Brian. W.A.M would ask all visitors attending this event to remain vigilant of social distancing. Hand sanitiser will be available on all stalls and there will be plenty of parking available in nearby car parks. 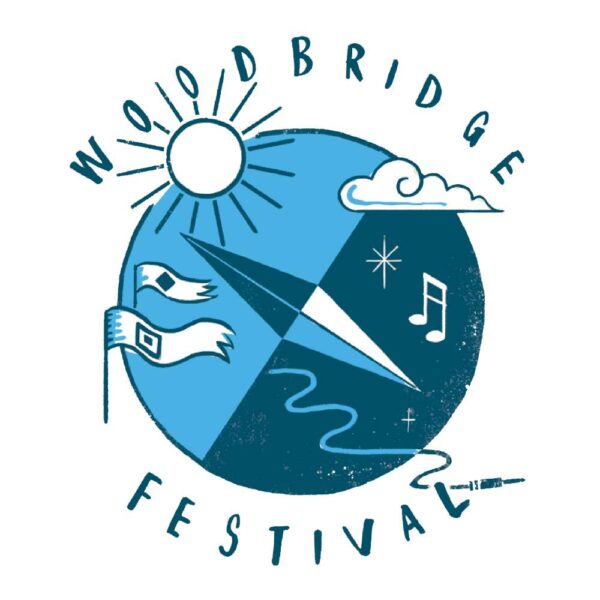