The weather may be hotting up as we get into July, and hopefully you’ve got a Stagey Summer lined-up with the eclectic mix of arts festivals, open air theatre and seaside specials that are on offer. That said, whilst we may be enjoying the sun, it’s not too early to start planning your Autumn Season of theatre!

Kicking off the New Wolsey Theatre’s Autumn Season in style is a new production of the classic comedy from Richard Bean of One Man, Two Guvnors (5-28th September). Set in the colourful underworld of Brighton in the swinging sixties, this riotous farce mixes all the elements of classic comedy into a fizzing cocktail of fun.

For fans of something new, you will be excited to learn of The Season (5-16th November) – a new musical by Jim Barne and Kit Buchan, winners of the 2018 Stiles and Drewe Mentorship Award, which celebrates the best of emerging British song-writing talent.

This brand new romantic comedy is filled with heart-warming and hilarious songs, and tells of Dougal and Robyn who meet in JFK Airport on Christmas Eve and are thrown together for a wild weekend in the city that never sleeps, their adventure becomes a musical whirlwind of confession, frustration and maxing-out credit cards in Macy’s. Will these two endearing misfits provide the ultimate test for the theory that opposites always attract?

Other key highlights include the timely Two Trains Running (8-12th October), focusing on a controversial new president in the White House and how racial tensions are on the rise. The Night Watch (30 Sept-5 Oct) is a thrilling portrait of four ordinary people caught up in the aftermath of an extraordinary time. One Under (31 Oct-1 Nov) is an evocative play about the power of guilt and the quest for atonement.

Over at Norwich Theatre Royal, get a taste of West End glitz with the hit show Kinky Boots (17-28 September) stomping into the theatre for a few weeks to take you from the shoe-making factory floor to the glamorous catwalks of Milan, with music penned by pop icon Cyndi Lauper. Shelagh Delaney’s career defining play and British classic, A Taste of Honey (12-16th November) also pays a visit and this is an exhilarating depiction of working-class life in post-war Salford. In a modern twist, The Watermill Theatre presents A Midsummer Night’s Dream and Macbeth playing side by side. Encouraging audiences to immerse into the contrasting worlds, and embrace the blazing energy, beauty and tragedy of Shakespeare with sounds inspired by the likes of Nina Simone, Billie Holliday, The xx and The Rolling Stones.

Starting the Mercury Theatre Colchester’s Abbey Field season is Colchester Operatic Society’s production of the beloved musical Oliver! (27Sept-12 Oct), expect song, dance and Oom-pah-pah! Based on the film of the same name, Madagascar the Musical (30 Oct-3 Nov) features all the iconic characters and is set to leave audiences with no choice but to “Move It, Move It”! The hilarious adult comedy Avenue Q (5-9th Nov) is also hitting the fields.

In addition, both Madagascar the Musical and Avenue Q will also be headed to the newly reformed Peterborough New Theatre – but in addition, their impressive season also includes Agatha Christie’s The Mousetrap (4-9 Nov) which recently toured some of the region in spring and star-studded West End and Broadway hit comedy Boeing Boeing (21-23 Nov). As ever, this is only scraping the surface on the wide range of offerings from these theatres and of course only a small percentage of our regions theatres; so don’t hesitate to pick up a brochure or visit the website for your local theatre. For you never know what exciting show could be awaiting your arrival…

Molly has a passion for all things entertainment. When not at the theatre, cinema or a concert, she's often found reviewing or blogging about it!

The Festivals Are Coming… 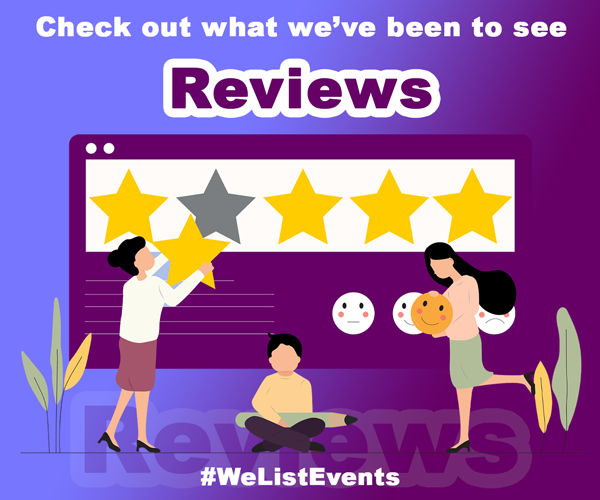 Pantomime Take Over in Full Swing

Soon it’ll be All About Pantomimes