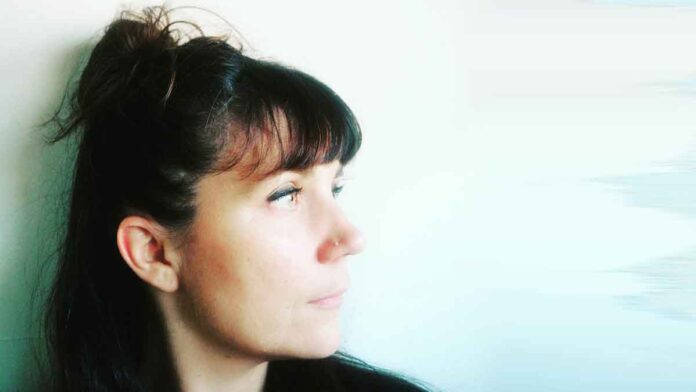 HC: Let’s begin with you telling us how you started writing your own songs and deciding to release them into the world.

BG: The short answer is: I heard Radiohead’s ‘OK Computer’. I had never heard such amazing music and I knew I had to learn guitar so I could play it. As soon as I started learning to play, I was in love. With my guitar and writing music. I ended up never learning a single song that belonged to anyone else. I just started writing sounds from my head straightaway.

I was far too conscious to play them for many years. I played in bands and sung other people’s songs, but something clicked as I got older. Maybe realising that I will definitely die one day so I had better get on with it, made me start expressing myself to the world.

HC: We know the pandemic has been brutal for many, how have you coped mentally?

BG: I have coped and I haven’t. For a while I felt my life and everything I was aiming for slipping away from me. That was terrifying. I am a technophobe so I didn’t do anything music-wise online. I was afloat. And my mental health really suffered. Normal life has always been a struggle for me, having a long-term mental illness, so the pandemic has been such a test. On one hand, the peace and quiet was really good for my anxiety but the added fear and stress was painful.

HC: Have you been able to reach a new audience over lockdown with any virtual gigs?

BG: I was so sure I wasn’t going to partake in the online gigging at the beginning. I was just going to wait it out. But it went on far too long and I had to adjust. And I am so glad that I did. I have actually enjoyed playing online, reading messages from people saying how much online performances were helping them through. I am coming out of lockdown with a far bigger audience than I had going into it thanks to virtual gigs.

HC: Anyone in your family musical?

BG: I did not grow up in a musical house. Far from it. But for some reason my brother and I loved music. Craved it and sought it out wherever we could, and we both started singing from a very young age. I do remember fondly though, how my Nan would sing constantly as she moved around the house and that her voice was beautiful. My brother has a great voice, though sadly rarely sings. My niece is so beautiful and has a fantastic voice and I have everything crossed that we can sing a song together one day.

HC: Who are have been your musical & non-musical influences?

BG: I can’t say I was a fan of anyone as a youngster, I just listened to anything. Classical, opera, grunge, pop, rock…..anything. I later fell in love with Radiohead, Edith Piaf, Nick Drake, Frightened Rabbit, The Sundays. I have found most inspiration though in film and art. Lars Von Trier has been a huge influence. As is Frances Bacon, Jean-Michel Basquiat, Krzysztof Kieslowski and Andrea Dunbar – their art makes me want to write.

HC: Which musicians do you feel you have learned from?

BG: I have learnt from many local musicians. Everyone you ever jam with or talk to or watch play, teaches you about your art. You always have to much to learn.

Are you self-taught on the guitar or have you had lessons?

BG: I am self-taught, as much as you can be. I was shown the basic five or six chords by a fellow musician and then I got on with it. I generally made patterns on the fret board and listened to see it I liked the sound. I had no books or cover songs to learn so I went with that method. It was very freeing and meant that if I wanted to play songs, I was going to have to write them first.

HC: What types of music do you enjoy listening to when you are hanging out?

BG: I find it difficult to listen to music most of the time. I can’t do anything but concentrate on every note. I get emotional and wrapped up. So, generally, if I want to listen, I go for a long walk with it in my ears so I can get lost in it. Then it’s Sigur Ros, The Moody Blues, Unkle, Guillemots, The Flaming Lips. At home, I put music on to dance to, so it’s Deftones, Wilson Pickett, The Cure, Dead Kennedys.

HC: What are some of the high and low points of your career so far?

BG: The high was obviously releasing a single with Brian May as a young teen. It was an amazing experience that taught me a lot but also did a great job of making me wary of chasing fame. And the low was around ten years ago. Trying to get my own music going but being so crippled by panic attacks when I wanted to play in front of an audience that I had to stop. For 6 years.

HC: What would you do differently if you were just entering the industry today?
BG: Be more confident. Believe in myself. That is the hardest part.

HC: What was your favourite concert you went to when you were younger?

BG: The first time I saw Jeffery Lewis at The Swan in Ipswich. He was amazing. The way that he mixes his visual art with his music was mind-blowing and I have been to see him every time he comes to this country. I have seen many big bands: Radiohead was fantastic, but Jeffery made the biggest impact on me.

HC: Current/future projects: When is your next gig/release? What can we promote/highlight?

BG: I have live gigs coming up and am working on an album to be released in the early Autumn The first single from the album is out on the 21st May. It’s a duet with the amazing Kevin Pearce. I will be playing a gig with him at The 2 Sisters Art Centre in Felixstowe 17th July.