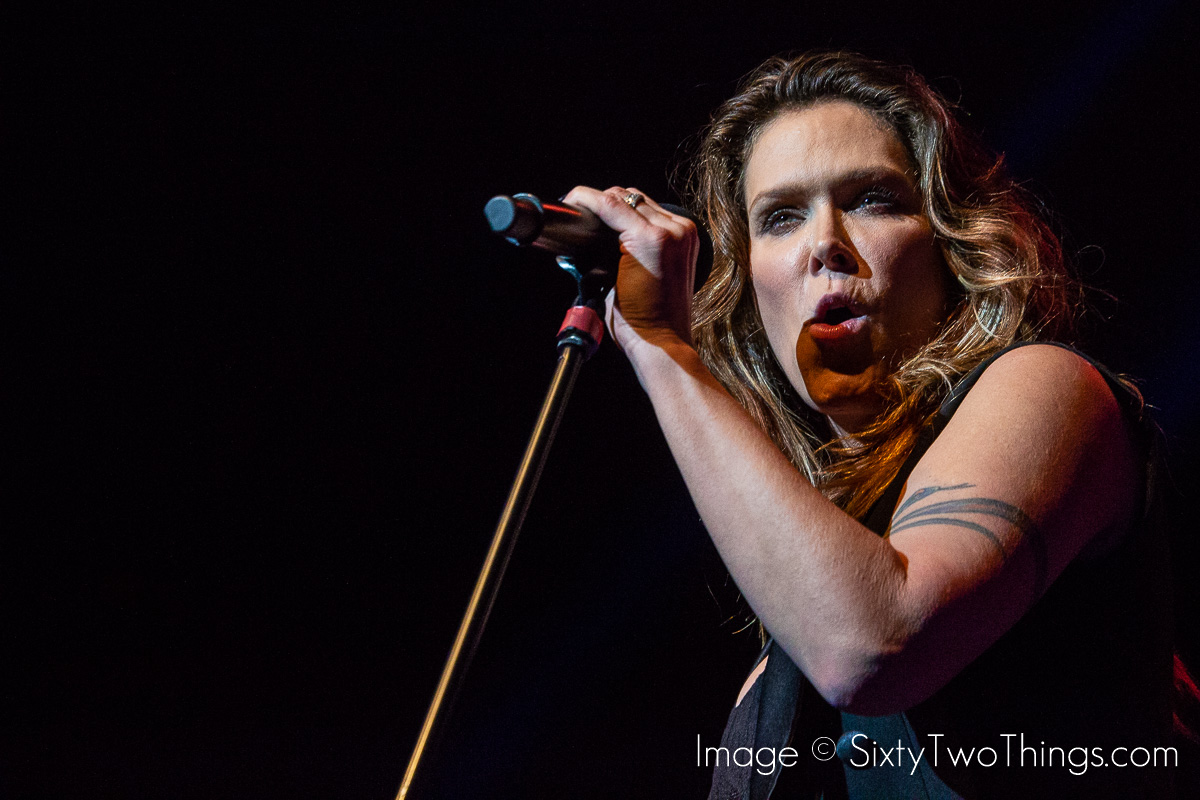 Whenever I review a gig, lurking at the back of my mind is the question, “if you had to describe it in one word, what would that word be?”   The word that keeps surfacing time and time again with Beth Hart is ‘personal’.

When I interviewed Beth ahead of this European tour I was struck by her openness, her laughter and her down to earth attitude.  In truth, as a newcomer to her music, I was nervous about that interview – she belts blues and rock and looks like a lady you wouldn’t want to mess with.  In truth, she is human, with all the human frailties that we all suffer from but which she admits to and stands up to.

Having Beth Hart start the UK leg of her 2018 tour in Ipswich was quite an honour for Suffolk.  She walked on stage to a full house and opened with ‘Baby Shot Me Down’ from her most recent album ‘Fire on the Floor’, a lovely mix of blues, funk and rock.

I chuckled as she sat on the floor of the stage, back to the audience, and watched her band as they played the instrumental section of ‘More Than You’ll Ever Know’.  This show is about the music, not Beth Hart – it’s a come listen to this, not a come look at what I do type of show.

She thanked the audience for being a listening audience.  Someone in the audience shouted, “ ‘cause you’re worth listening to!”  Oh, how I wish I’d said that!

But I said personal.  We heard about her first boyfriend and her best friend Sara, about the dog collar and the leash, about her Mom & Dad’s breakup, about how her 81 year old Mom will be at her show in the Royal Albert Hall.  There was Ron who helped her fight depression.  And there is Scott. We got to meet husband Scott as he came to her aid and mopped up the spilt drink on the piano!

I mention these people because without them Beth wouldn’t be who she is.  They have all inspired songs which Beth performs with a natural grace and talent.  None more so that when sitting alone at the piano.  She is the powerful, strong woman.  She is the little girl lost.  She is funny.

At the end of her set the crowd stood to applaud – believe me girl, that doesn’t happen often in Suffolk!  I don’t mean that unkindly, we just expect a lot and in Beth Hart we got a damn fine performance.

I am now off to put my two favourite Beth Hart songs on loop – ‘Love is a Lie’ and ‘Woman You’ve Been Dreaming Of’.  The former for its beat, the latter for the line ‘But you can’t hold a man
when he’s holding out for more’.

And I must mention Kris Barras and his band, who supported Beth with a stripped down acoustic set, which was a complete contrast to what I was expecting, but a very enjoyable surprise.

If you haven’t yet got your tickets for the Beth Hart show in your neck of the woods then you really should, you’ll not be disappointed.

Honey & The Bear – Live from the bear cave