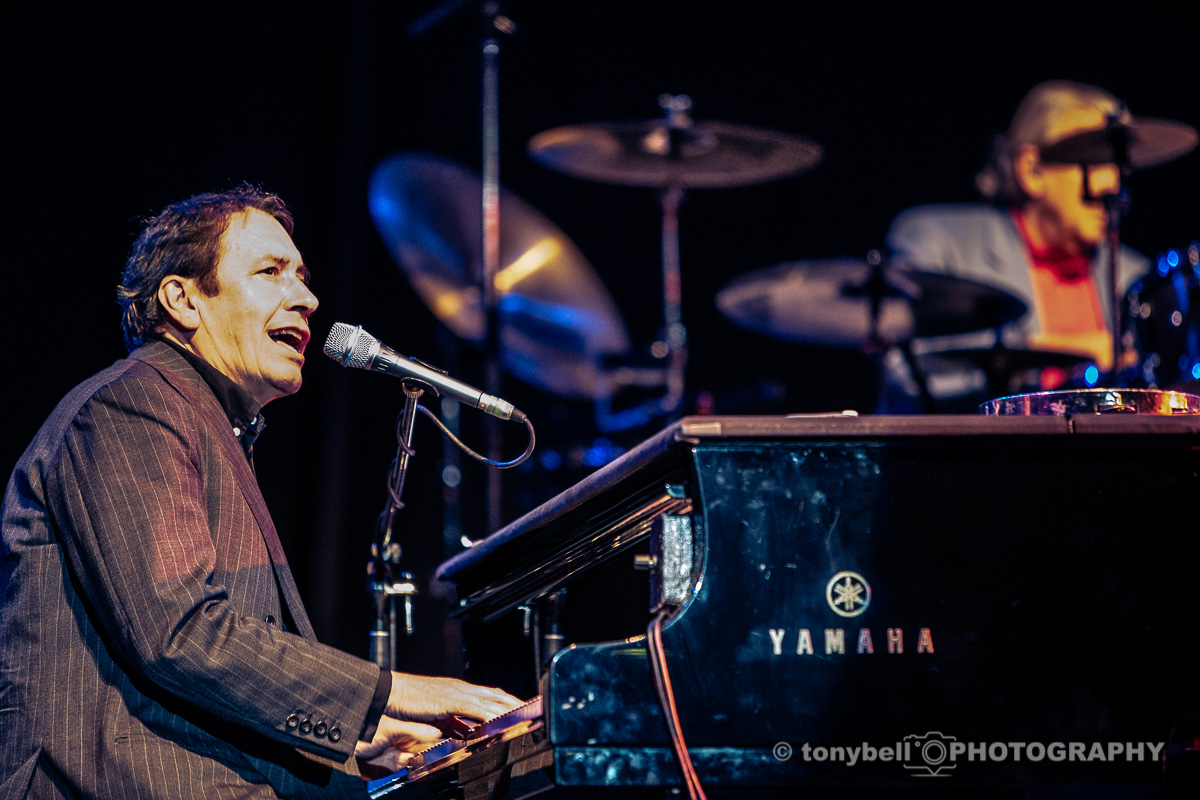 Jools Holland and his Rhythm and Blues Orchestra took the Spa Pavilion, Felixstowe by storm on Friday night.

Warmed up by the unflappable Mark Flannagan’s blues guitar, the band took to the stage amid a hearty welcome from the audience.  They knew what they had come to hear, and this band delivered from the first note on Jools’ keyboard.

To describe members of the group as part of a ‘band’ is unfair, as individually they are highly talented musicians.  However, having been brought together, the whole effect far exceeds the sum of the parts.

The show doesn’t start slow and get to the good stuff.  It starts with the good stuff and just keeps getting better.  The eighteen-piece band are well rehearsed, and there is little in the way of words between the numbers – but what there is, is delivered in the curiously meandering and funny monologue by Mr Holland.

The show had guest stars aplenty, including the one with which Mr. Holland has been having a well-publicised long-term relationship – his piano!  Unsurprisingly most of the Rhythm and Blues Orchestra had the opportunity to star, starting with Mabel Rae and a brand-new song, followed by the smoky voice of Louise Marshal.

The one man to remain on stage throughout was drummer Gilson Lavis, his drum solo was a joy to listen to – even those in the audience who openly dislike drum solos were complementary!

And just when you thought things couldn’t get much better, a little two tone beat in the background and Jools introduced Pauline Black and Arthur Hendrickson, whom you might better know as The Selecter.  By now the crowd were on their feet, in the aisles and having a damm good time.

But we still had Ruby Turner’s vocal set to come and an encore!  “Enjoy Yourself” has become Jools’ theme song and looking around it was obvious that the sell-out crowd were doing just that.

Brass on the Grass

A livestream with: Ovie Soko

A livestream with: Elizabeth Day

Lazy Sunday Jazz on the Lawn