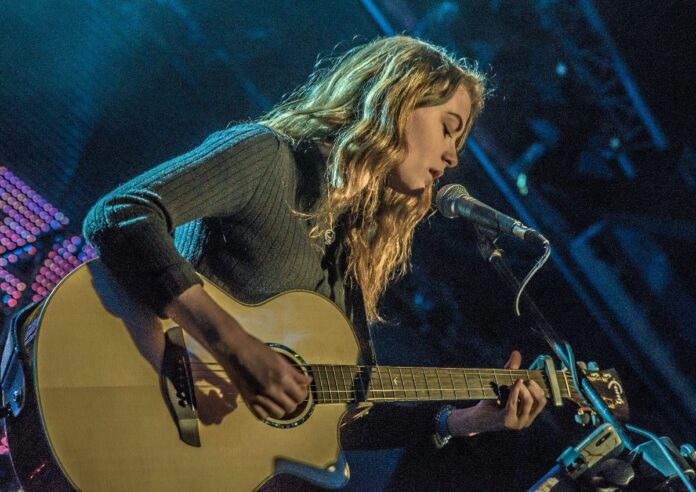 Breeze Redwine is a Norfolk-born young singer-songwriter who sings pop with a soulful country influence – and she rocks too.

At just 18 she writes narrative songs with depth and feeling about life from a young, female perspective. She has also recently released her debut single ‘Money’. We caught up with the young starlet to talk a bit about her music.

Firstly, give us an introduction – tell us a bit about yourself and your music…

I am 18 years old, and I have been singing since I was 11 years old and I started songwriting when I was 12 years old with my vocal coach Lisa Redford. I released my first single ‘Courage’ at 12 and I haven’t stopped since. I am a country/pop/rock artist. I like to mix genres and not stick to just one. I get inspired from all different genres when writing as it makes it more interesting.

BBC introducing in Norfolk have been very supportive of my music over the years and I have had three tracks of the week over the years. I think they played my music the first time when I was just 12, and I am very grateful for their support.

Has music always been in your life, and what inspired you to get into music?

My brother is a musician, so I kind of grew up with it. I guess I was inspired by him and just got the bug. It was very noisy in our house from him playing rock riffs on his guitar. I love to sing which is a bonus, and I never stop. I think I drove my brother and sister crazy as they where always telling me to shut up. I am the youngest so I probably got on their nerves a little.

We know it’s been a really hard year for musicians, but what have you been doing to keep busy?

I have been writing a lot, and probably have 4 or 5 songs which I think are worthy of being released. I am also studying media at college, so I’m kept busy with that as it’s mostly been online studying.

It’s my first single that I have released since signing a management deal with Stonham Barns Park, who very kindly sponsor me too. It was actually released when I was 13, but I decided it was something I would like to re-release with new vocals now I am 18. It’s also a very catchy song and I felt it could do a lot better now I am older.

What do you love or have missed most about live gigs?

Live gigs are what I love the most, I love to perform. It’s been very difficult at times. It’s just not the same buzz without getting out there and interacting with a good crowd.

How have you found the move to digital – have you done many virtual gigs, and do you think its positive thing for the industry?

I have done a couple of live streams, but the internet seems too have got overrun with them. I have preferred to record a live cover or one of my own songs and put that on social media. It seems to have worked for me.

What is your hope for the future of the music industry?

I just hope it gets back too normal soon for every artists sake. There is nothing like getting out there and performing live. The buzz you feel is the best feeling in the world.

While we await the return of gigs, what would you advise music fans can do to keep supporting the music industry and independent artists like yourself in these times?

I would advise fans to stream, download and watch and share videos of the artists they like, as many have lost their income due to not being able too play live. It keeps you positive to know that your fans are still there supporting you.

Any other projects or news you wish to share?

I am releasing another single in June. I am very keen to keep the momentum going and increase my following from fans, it’s important I think for many artists, considering the uncertainty of Covid restrictions this year.

As a fun one to end on: who would you love to duet with?

That easy for me, my first choice would be Shawn Mendes as I am a big fan. My second choice would probably someone like Imagine Dragons or The Chainsmokers.