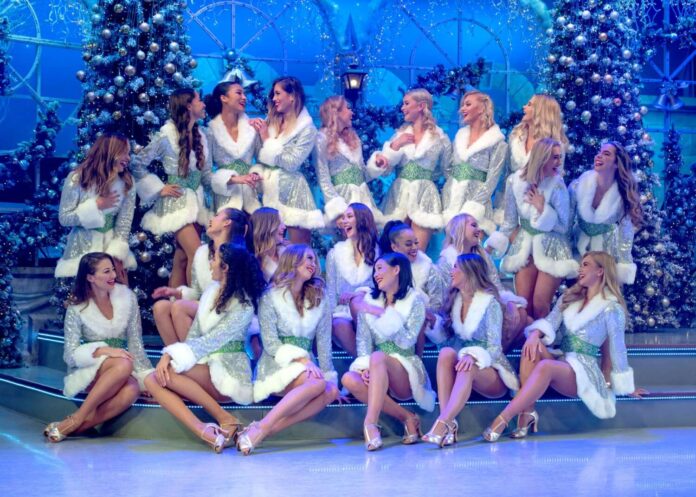 Following a hiatus last year due to the pandemic, this year’s award-winning Thursford festive extravaganza promises to be bigger and better than ever before, with its most ambitious and extravagant show to date, giving three hours of non-stop music, variety, dance and comedy.

The preparations are well underway in the tiny Norfolk village of Thursford for Europe’s largest and most lavish Christmas show which will be running for seven weeks only from 9 November – 23 December.

Featuring a cast of 130 performers alongside variety acts including acrobatic duo Delfina and Bartek, Britain’s Got Talent stars Billy George and Kev Orkian, and Theatre Organist Phil Kelsall, tickets are on sale now for this show-stopping celebration.

Set in the midst of the world’s largest collection of steam engines, mechanical organs and fairground rides, Thursford’s opulent Christmas spectacular is performed by a cast of one hundred and thirty professional performers, many of whom have come directly from the West End in this three-hour show-stopping bonanza featuring a wide range of music, dance and comedy, with many more surprises along the way.

This glittering, tinsel-packed variety show has been entertaining visitors of all ages from across the globe since opening its doors on Christmas Eve more than 40 years ago in 1977. Seen by nearly 6 million people and regularly attracting up to 50 coaches a day from far and wide, the team have been busy auditioning over 3000 performers this year, as well as installing a brand-new lighting experience to ensure that this year’s beloved and highly anticipated family-run show brings bucket loads of Christmas cheer to audiences who missed out last year.

This family-run annual festive treat is delighted to be re-employing around 360 dancers, singers, musicians, variety acts, technicians, wardrobe teams, ushers, caterers and production staff. It was with great sadness that last year was the first time since opening its doors, that the show was unable to happen.

“We are absolutely thrilled to be back this year with our Christmas Spectacular show. It is such an important occasion, not just for the cast and crew but the local community, hotels, B&Bs, rental properties and hospitality venues throughout Norfolk.

We cannot wait to welcome the thousands of you back through our doors and give you the most extravagant Spectacular show yet. It has been a challenging couple of years for so many and we want to provide as much joy, over the festive period, as we possibly can.”

Ready to light up the Norfolk countryside this festive season, this year’s extraordinary selection of acts includes ITVs Britain’s Got Talent finalists, the brilliantly eccentric and energetic British-Armenian comedian Kev Orkian who will introduce the world-class acrobat Billy George on the Cyr Wheel. Returning to the stage is renowned theatre organist Phil Kelsall on Thursford’s Mighty Wurlitzer (one of the largest remaining Wurlitzers in Europe and the centre piece for the show) and the gravity-defying duo Delfina & Bartek will also feature in an acrobatic spectacle.

Nestled in the beautiful Norfolk countryside, visitors will also have the opportunity to experience the truly unique Thursford Collection which also includes The Enchanted Journey of Light, a magical walk-through experience for all ages running from 19th November 2021 until 23rd December 2021. Replacing the full production in 2019 due to the pandemic, this indoor wonderland trail of steam engines, kinetic fairy-tale characters and an immersive light and sound experience will lead to a 4-acre Lantern Light Extravaganza of beautiful and breath-taking outdoor luminous sculptures, from a fantasy forest of jungle animals to the wilds of the North Pole. Tickets for The Enchanted Journey of Light are available separately through the website www.thursford.com.

Thursford Christmas Spectacular will run from 9th November – 23rd December 2021, with afternoon performances beginning at 2.00pm and evening shows at 7.00pm. Tickets can be booked via the website www.thursford.com.

The Ballroom Boys are back for Act Two