Theatre Royal Bury St Edmunds is delighted to unveil the professional cast of this year’s pantomime Cinderella, which runs from Fri 26 Nov 2021 to Sun 16 Jan 2022. 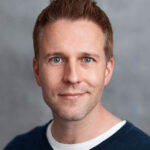 Returning for the fourth year, Chris Clarkson will be playing the gossipy, girly Kylie Grizzle, one of Cinderella’s ugly step-sisters. Chris has become a firm audience favourite following his performances as the gorgeous and outrageous Tiger Lily in Peter Pan, Nanny Fanny in Sleeping Beauty and Dame Winona in Dick Whittington, we are delighted to have him back with us this year. 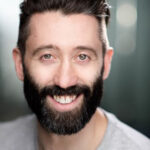 Alongside Chris, Craig Painting fills the rather large and smelly shoes of wannabe pop star and ugly sister, Mylie Grizzle. Craig is a great comic actor as he demonstrated in his recent role as Mr Pendanski, the camp counsellor, in Theatre Royal’s own production of Louis Sachar’s Holes. We are excited to welcome him back to the stage so soon. 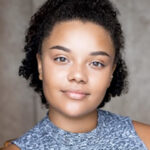 In the title role of Cinderella, we are delighted to welcome Becky Sanneh recently graduated in Musical Theatre from Trinity Laban, Becky’s recent credits include Addams Family, Elegies for Angels, Punks and Raging Queens and Honk! (Trinity Laban Conservatoire of Music and Dance). 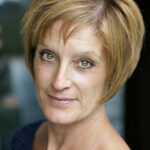 Playing the pushy showbiz mum and step-mum, Grizelda Grizzle is Suffolk lass Beth Tuckey. Trained at The Bristol Old Vic Theatre School, Beth appeared at Theatre Royal in 2017 as Mrs Kaye in Our Day Out. Her most recent credits include Blythe Spirit (Bath Theatre Royal), An Inspector Calls (PW Productions UK/International Tour) and A Very English Scandal for the BBC.

As the lovable Buttons, the gregarious greengrocer and Cinderella’s best friend is Howie Michaels. Trained at the Royal Welsh College of Music & Drama Howie has panto-worthy comic timing and will have the audience in hysterics.

Serious-minded and strait-laced Dolores Van-Dini is brought to life by Felicity Houlbrooke. A woman permanently overlooked but filled with her own burning passion for Prince Roger played by Samuel Knights – a young man in search of his own path but too self-involved to notice the affections of Miss Vandini.

No Cinderella pantomime is complete without a fairy godmother and this warm, kind-hearted character is played by Rosemary Annabella Nkrumah. Rosemary spent 3 years as understudy for Hermione Granger in the West End’s Harry Potter and The Cursed Child and reprised the role of Diana Ross in an ITV drama about the singer.

The search is also on for local young performers to join the Young Chorus. We are looking for young people aged 10 – 18 years old with a passion for performing. Not only will the pantomime be a great chance to work alongside a professional cast and crew but it will be a lot of fun and a chance to make new friends.

Cinderella is a traditional family pantomime. It’s a busy day in Bury! On Butter Market Square, Buttons the barrow boy flogs his fruit. On Hardwick Heath, Prince Charming frets over his future. And up at Sickworth House, Kylie and Miley are making Cinderella’s life a misery. Poor old Cinders! All she knows is domestic drudgery, day in, day out…but this day is different, this day is special and when this day is done, nothing will ever be the same again.

Cinderella is produced by Theatre Royal Bury St Edmunds, directed by Owen Calvert-Lyons, the Choreographer is Jess Ellen and the Musical Director is Ward Baker. The pantomime is sponsored by Taylor Wimpey East Anglia, and we are very grateful for their support.
Theatre Royal is sponsored by Jaynic.

Cinderella runs at the Theatre Royal Bury St Edmunds from

Tickets are on sale at the Box Office, call 01284 769 505, book online at theatreroyal.org/cinderella or visit the theatre in person.