Grammy-nominated and critically-acclaimed songwriter, Courtney Marie Andrews has announced her new album ‘Loose Future’ will be released on 7 October via Fat Possum.

To mark the announcement she is sharing the album’s first single ‘Satellite’. Something of a departure from the more traditional Americana sound of Andrews’ earlier releases, the track builds from a breezy guitar and vocal arrangement into a dreamy tapestry of synths, layered vocals and reverb-abetted slide guitar.

The song is accompanied by a video that finds Courtney chasing satellites in the woods of the Catskill Mountains on a bicycle hand-made for the intergalactic.

“I’ve written a lot of love songs, but there’s always a tinge of heartbreak,” explains Andrews. “But “Satellite” is a love song without caveats. I wanted to look forward, and fall in love with the mystery of someone. Let love in, without questioning or instigating how it might hurt me. Sonically, I wanted to go to space. This kind of love isn’t earthbound.”

Andrews initially approached the album by writing a song every day. She felt “the sounds of summer” flowing through her writing, and gradually collected an album’s worth of material imbued with a sense of romance, possibility, and freedom. She enlisted Sam Evian (​​Big Thief, Cassandra Jenkins, Anna Burch) to co-produce the album with her and recorded the album at Evian’s Flying Cloud Recordings studio in the Catskill Mountains. Album credits include Chris Bear (Grizzly Bear) on drums and Josh Kaufman (Bonnie Light Horseman) on multiple instruments. 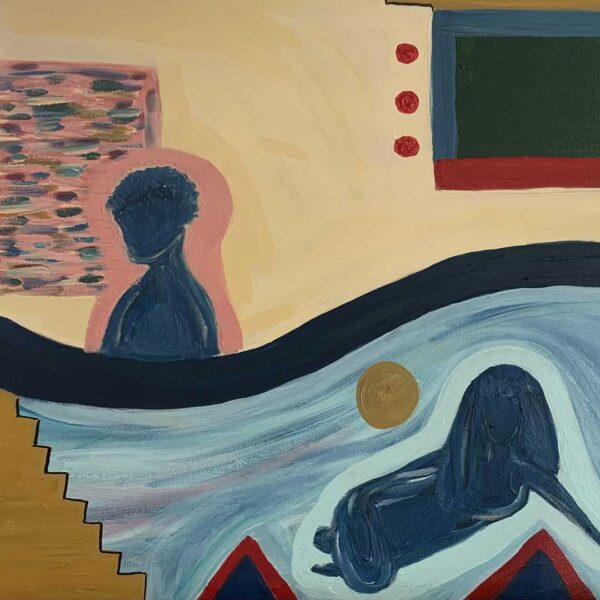 The announcement of ‘Loose Future’ arrives as Courtney prepares for a whistle-stop tour of the UK this Summer which starts in Norwich Arts Centre on June 17.

LoneLady To Play The Smokehouse in October