I went to photograph a gig last night!  A real, live, indoor gig with a band, a stage, a lighting rig, a sound desk and a toe tapping, applauding audience.  I cannot begin to explain how happy this made me feel.  Such was the significance of this gig that the BBC sent an outside broadcast unit along to do a piece live on air.

The venue was The Banham Barrel.  The band, the most recently created incarnation of a Dave Thomas fronted band.  Brian McAllister who runs The Barrel had kindly arrange for me to interview Dave before the gig.  I arrived frustratingly late due to a road closure and some strangely positioned, sometimes incorrect and frequently non-existent diversion signs.

When I arrived, Dave was on stage going through the pre-show set up and checks with his bass player whilst the drummer assembled his kit.  Dave wasn’t in the least bit worried about my tardy arrival and willingly took time out to sit and chat with me about his background and his music and his new album.  You can read that interview soon in our interviews section.

The new rules in bars; masked when standing, unmasked when sitting, table service only and no mingling took time to get used to, but the friendly regulars were happy to help anyone who forgot.  Not in an aggressive way but in the helpful manner of people who wanted their music venue and pub to stay open.

As the audience arrived, they were led to their named tables.  Each table also had a number on it which corresponded to the total number sitting at that table.  Drinks were ordered from the hard-working masked staff who delivered to the tables.

Dave Thomas arrived on stage with the band and with a simple introduction “We’re here, we’re alive, lets enjoy” and set about playing the blues.  The minute they did, it was if all the shared anxieties in the room surrounding this strange socially distanced world we inhabit just vanished. Such is the power of live music.

It was hard to believe that this was only the fourth live gig of a new band.  Throughout, their performance was tight and professional.  We were brought on a tour of blues classics and new material from Dave’s newest album ‘One More Mile’.

Renditions of BB King numbers were played with passion, Dylan’s ‘Corrina Corrina’ given a new lease of life. Memories of my college days were stirred by Howlin’ Wolf’s ‘I’m Leavin’ You’.  There was little by way of chat between numbers, but the anecdote on the background to ‘Miss Alice’ was well worth it.

The band could have played all night, the audience would have welcomed it, but the current rules dictate that everyone must be off the premises by 10pm.  Too soon it was time for the last number.  The classic 1955 J.B. Lenoir song ‘Mama Talk to Your Daughter’.  There really is only one way to play this song – with your daughter, as the band were joined on stage by Jess Thomas to round off an amazing night.

Our sincere thanks to the team at The Barrel for doing what had to be done to keep us safe and to keep music alive. 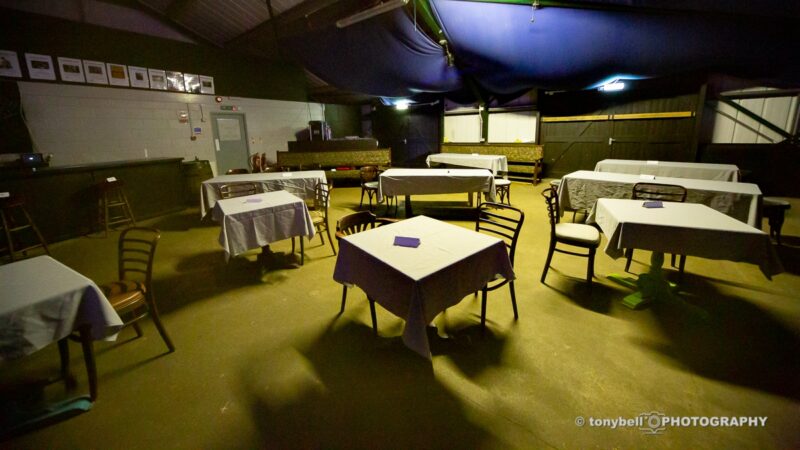 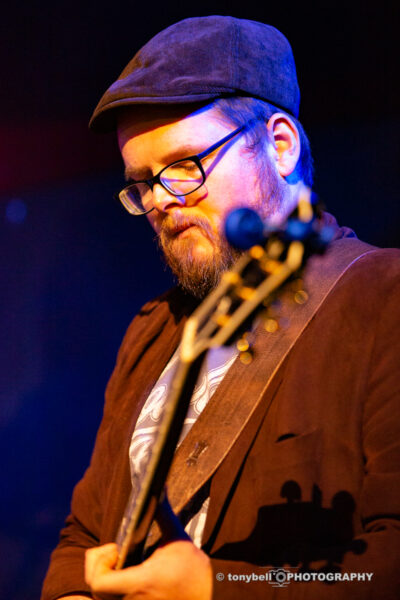 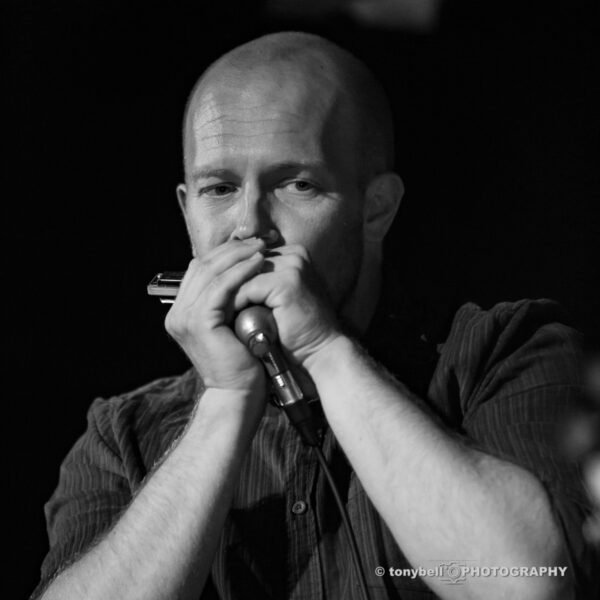 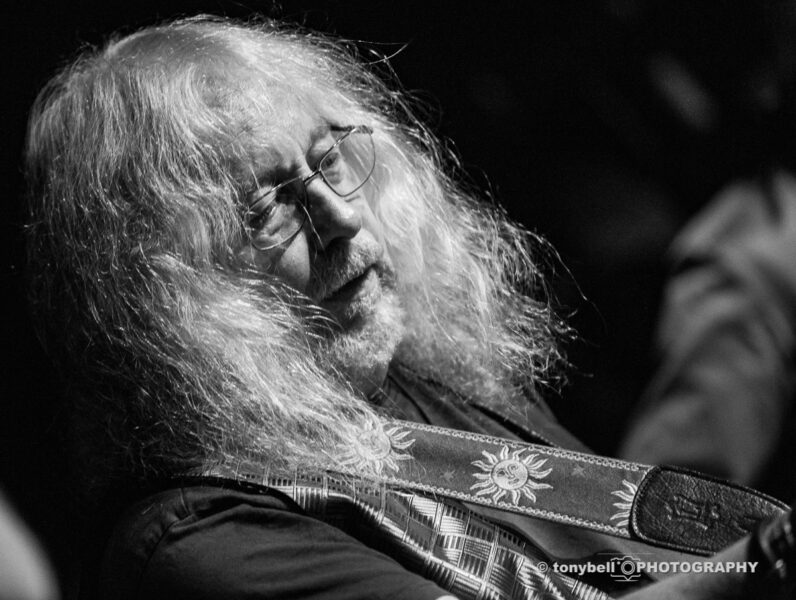 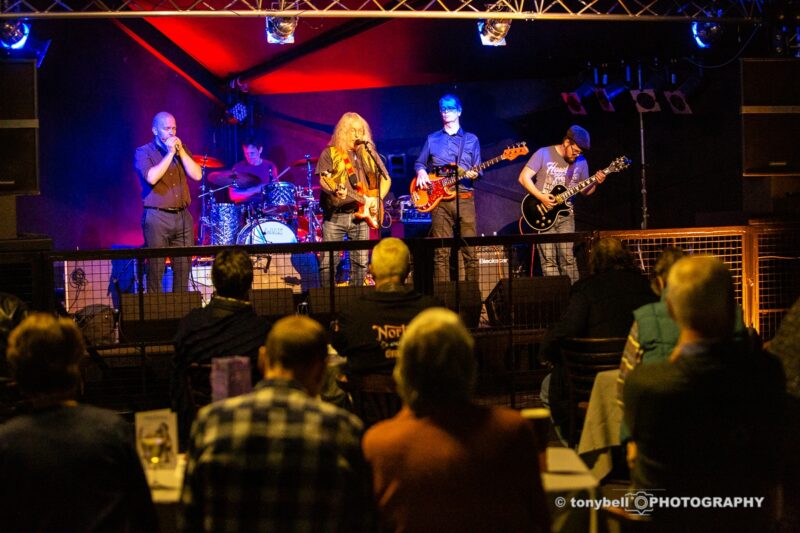 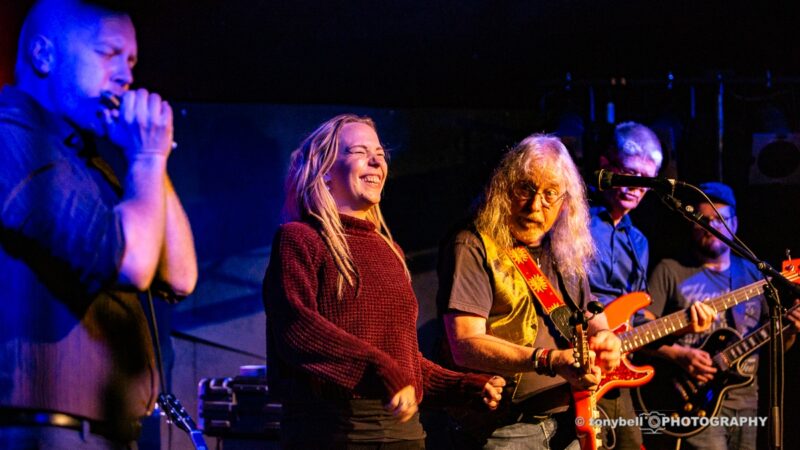 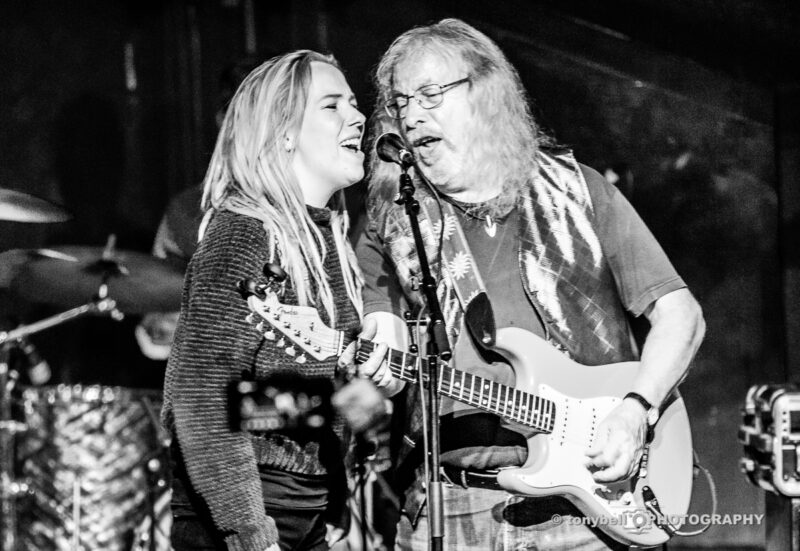 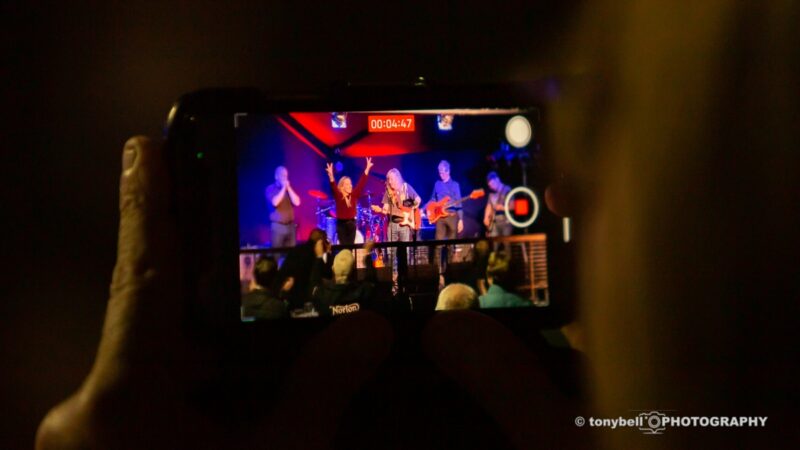 Strictly Siblings to Head Out on Socially Distanced Tour

A livestream with: Nigella Lawson

Signal Fires: Stories From The East

Bassistry with The ShowCast Company