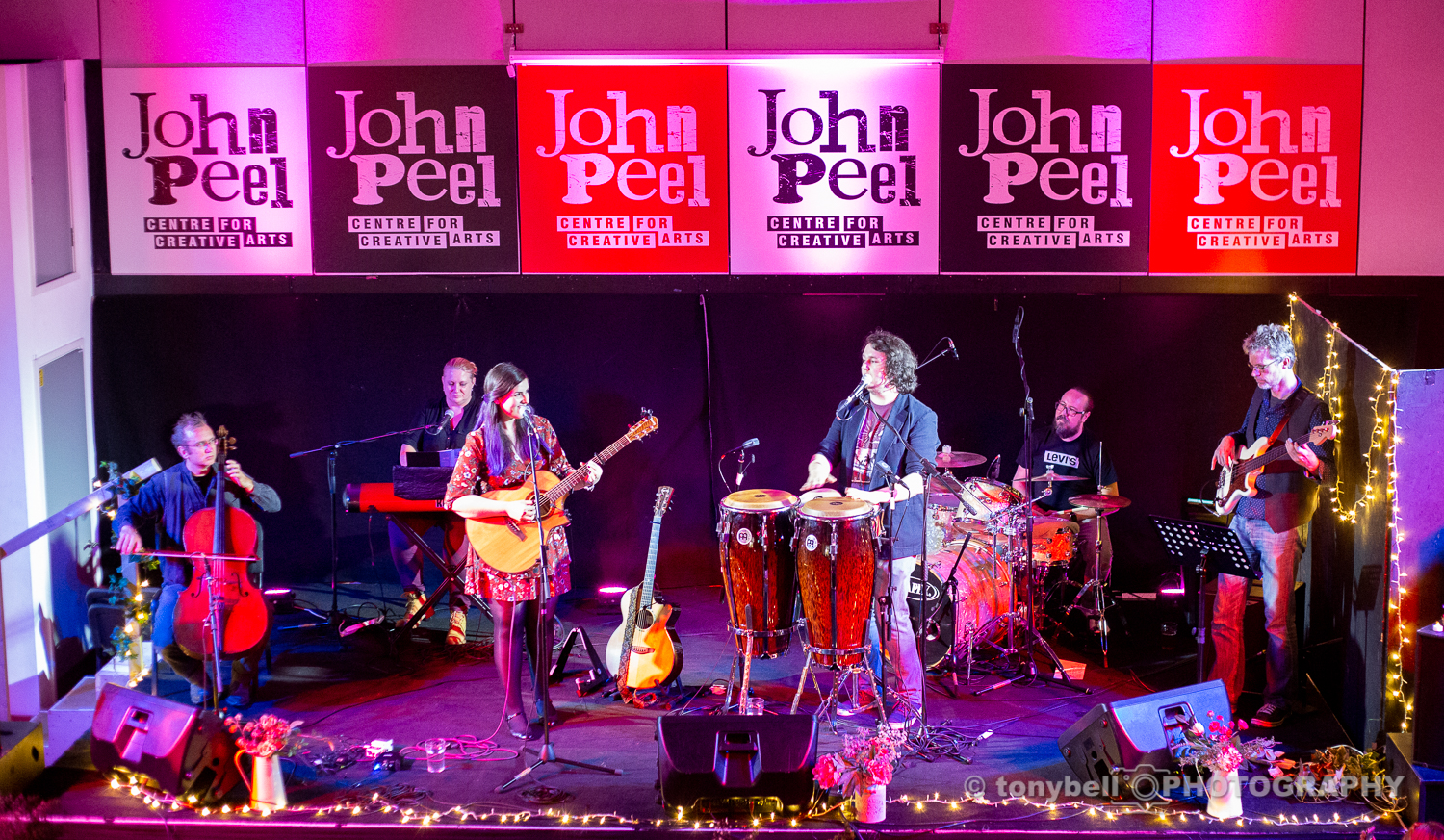 Talk about their new album Gradients

Some weeks ago at the launch of their album ‘Gradients‘ I chatted to Fern Teather and Sam Thurlow who now collectively go by the name of Dusky Sunday.   They were minutes away from playing their album in full, that they were doing so with a full band for the first time, was making them a little nervous.

Having almost created a nickname from their band name I made a valiant effort to pronounce Dusk Sunday correctly and failed!  So we started with that name:

Fern: We were performing as a duo and thought it weird going under my name as Sam started singing and we were co-writing some stuff plus ‘Sam Thurlow and Fern Teather’ is a bit long to put on posters and things. We were playing word association really, trying to fit words together, what sounded cool, what worked with our sound.

Sam: We found some really good ones but they were all taken.

Fern: Then one Sunday evening Sam looked out and said “Look, its a really dusky Sunday” and we thought wow – perfect!

TB: Fern, you have been playing your music for some years now, supporting the likes of Bella HArding and Fairport Convention whilst Sam, you’ve been quietly banging things in the background!

Sam: Not necessarily quietly! But yes, I’ve played with a lot of artists. It feels like my name is getting out there a bit more, we’ll go quite far away and people seem to know me!.

Fern: We don’t have fans, Sam has fans!

TB: When did you start performing together?

Fern: It would have been 2013, when we started playing together – we had the Fern Teather Band and Elephant in the Room.

TB: And you Sam, released your own EP, ‘Shattered Window‘

Sam: Yes, May last year, a full year ago – I keep forgetting about that! And Fern produced it.

TB: Fern, how difficult is it, as a producer, to be an artist or vice versa?

Fern: Well, I didn’t produce this album, this was all Kevin at Ginger Dog Records.

Sam: But you could have input into what Kevin was doing.

Fern: To be honest, I am always an artist first, my first experience in a studio was as an artist so it is actually weirder for me in a way if I am producing because I feel like I should be performing. And I’ve also recorder a way more than I have produced. But we do get a lot of say in how things are recorded and mixed, we have been very involved in the process for this album.

TB: Sam – how did you get involved in playing percussion?

Sam: My Dad’s a drummer! When I was young, the drum kit was too big for me, I was sat on a stool, couldn’t reach the pedals, couldn’t hit the symbols. For my tenth birthday my parents bough me a pair of bongos, they though they might be a bit quieter and maybe I’d graduate to a drum kit in a few years. I started smacking away at the bongos, no teacher, using tables at school to practice on, which annoyed a lot of my peers and teachers! Eventually I developed the weird style that I have now, people ask me how I learned it and I have absolutely no idea!

TB: How long has it taken to put the album “Gradients” together?

Fern: We started working on it last year, how many months do you think Sam?.

Sam: It was August that we started recording, a lot of the songs were ready before then.

Fern: We released a couple of singles – spent a bit more time on them, doing music video for them as well. And because I was doing my last year of Uni as well, for most of May we couldn’t record anything, because I was writing my dissertation.

TB: Was the process centered around songs you already had or did you sit down and say lets create an album?

Fern: We had all the songs…

Sam: …Standing on a Rock was the last one we added to it.

Fern: Because I was doing Uni work, I went to do some work experience with Ginger Dog over the summer, we got on really well, I played them some of my stuff, they liked it and said they would be really happy to work with us. We just so happened to have an album’s worth of material – it was all very serendipitous.

TB: Ginger Dog seems to have become this big family of musicians, many of whom played here as part of Carl Scott’s Suffolk Acoustic Showcases all those years ago.

Fern: Just about everyone, yes. Next week there is a Ginger Dog launch for a Cambridge artist, Christian Smith. Sam will be playing percussion, I’m doing the sound. Last week at Alton’s album launch, Sam played drums for that and I was on the merch!

TB: On Gradients, what is the writing process, is one or other or both of you the writer?

Fern: I have been the writer, the main writer. Sam does write but he has only just started.

Sam: Since my EP last May, it was about a year before that I wrote my first songs.

Fern: There is one song on the album called “Standing on a Rock” which was written together, the others are stuff I have written. But there are lots of others that we have written together or that Sam has written but which we just didn’t have time to record. The next album will be much more about our songs.

(At this point we got an interesting look from a member of the Ginger Dog team for whom that may have been breaking news!)

You can catch Dusky Sunday on the GrapevineLIVE stage at 2pm on Ipswich Music Day 7th July.  The opening track from the album is ‘Oceans‘….

Adapting What We Do