Los Angeles-based Dustbowl Revival are all about pushing the boundaries of American roots music, specialising in uplifting folk-rock ballads that often tilt into joyful soul songs. Lead singer and songwriter Z. Lupetin (who is also a playwright) has recently been taking the band in additional new directions, mixing in elements of theatre and creating songs that are lushly orchestrated and cinematic in feel. 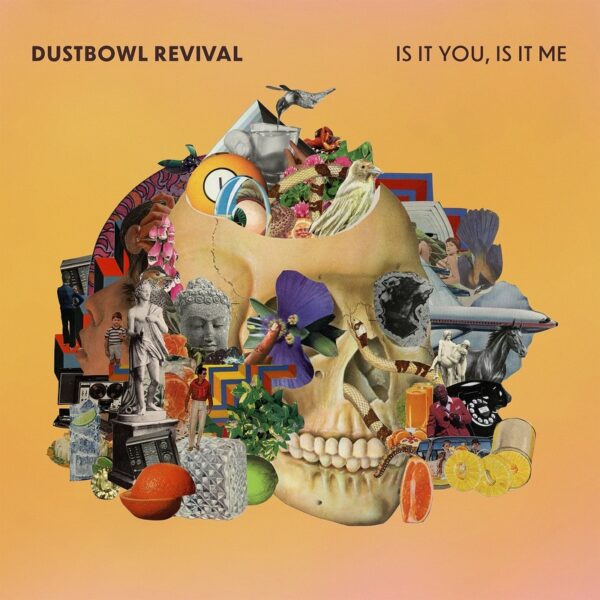 The group’s most recent album, ‘Is It You, Is It Me‘, was released in early 2020 and saw them expanding beyond their already genre-defying style to incorporate everything from folk to funk to New Orleans swing and more. Infused with subtle pop sensibilities that enhanced their infectious sound, it earned plaudits from numerous UK publications and airplay on several BBC stations.

Having now emerged from an enforced touring hiatus, founding members Lupetin, Josh Heffernan and Ulf Bjorlin are excited to welcome a new wave of talent to their ever-evolving group who will be introduced to UK fans on a set of dates either side of a highly anticipated appearance at the Cambridge Folk Festival.

A first single featuring the reconfigured line-up entitled ‘Lying To Myself‘ will also be released in the middle of the month, which Lupetin describes as “a dark love-song led by dreamy harmony vocals, an aching pedal steel guitar and a galloping beat. In many ways it was inspired by Chris Isaak’s haunting classic ‘Wicked Game’ and Milky Chance’s moody dance hit ‘Stolen Dance’. Based on the end of a romantic entanglement, it focuses on the stories we tell ourselves when one person can’t accept that the other is leaving. Love, obsession, infidelity, sharing a dog – it all gets complicated. Fall in and out of love in your twisty twenties? This one is for you.”

Dustbowl Revival began in 2009 when Chicagoan Lupetin arrived in L.A. as an aspiring screenwriter, swiftly grew disillusioned with his job in advertising, and placed an online ad seeking musicians who not only shared his love of Louis Armstrong, Old Crow Medicine Show, Paul Simon, Aretha Franklin and the brass bands of New Orleans, but who also wanted to craft songs like Americana pioneers Wilco, Lucinda Williams and Bruce Springsteen.