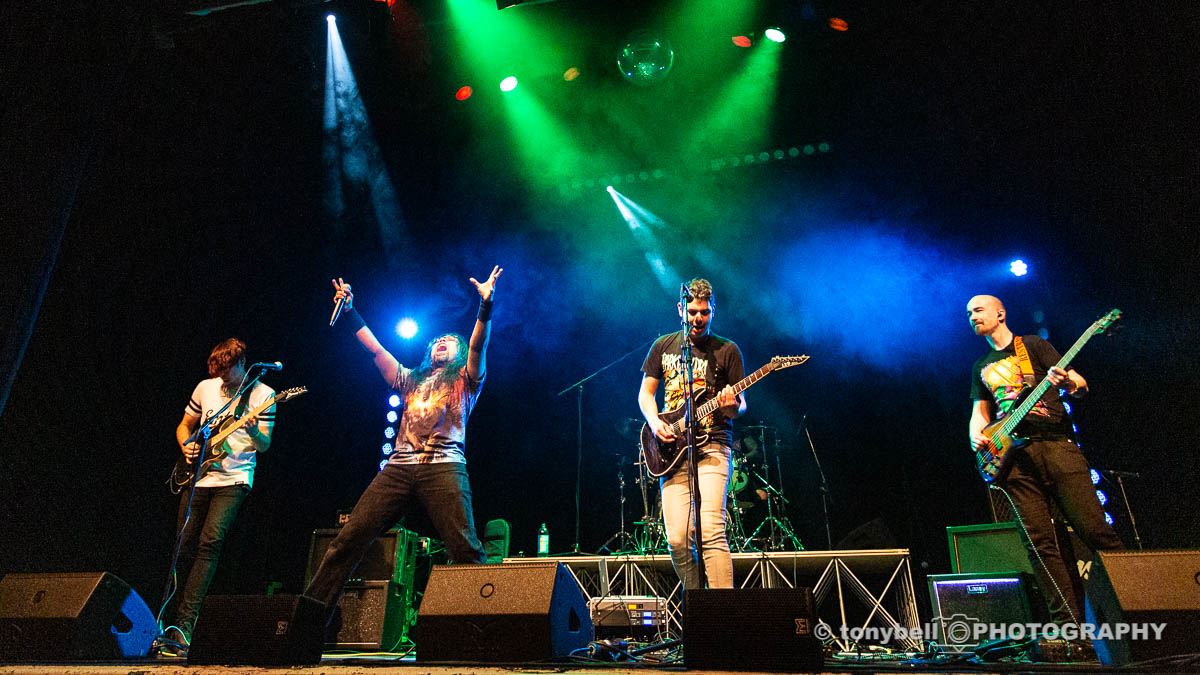 Cambridge based Far From Refuge are the third performer going forward to the final of BurySOUND 2020.  This metal band wowed the crowd, and the judges, with their very fresh, lively and professional take on a genre that is perhaps best noted for black T-shirts adorned with vaguely satanic symbols, aggression and macho poses.  These guys were having the most fun on stage on Friday night and sharing that fun with the audience – and yes, the lead guitarist Joel TOTALLY meant to fall over backwards, I mean – he kept on playing, didn’t he?

The third round of this competition saw five more acts take to the stage of this beautiful Victorian former Town Hall better known now-a-days as Haverhill Arts Centre.

Opening proceedings was Phoebe Austin.  Phoebe is no stranger to Grapevine, having played our stage at Ipswich Music Day in 2018.  But this was a new Phoebe, having evolved from singer/songwriter soloist to fronting her own band yet still performing her own material.  Her voice is powerful, her lyrics enchanting with the band adding an extra something to her performance.

In And Out of Sleep are an Ipswich based band who produces a competent, tight, pop punk set.  When asked by compere Seymour Quigley what he should say by way of introduction they said they’d like their music do the talking.  Accordingly there was little by way of audience interaction as they crammed their short slot with wall to wall songs.

Adam Evans, at only seventeen, used his powerfully pleasant voice to sing to backing tracks.  No, do not get me wrong, this was not karaoke because Adam had written the music, played it, recorded it and produced it himself.  A definite performer he owned the stage with his West End style and confident moves.

Local band, Umbrella Assassins produce what they themselves refer to as shed-punk.  Steve, Garry and Bunge revived the band three years ago in Steve’s shed creating a haven from which to escape life’s boredoms and allowing creativity to flourish.  Their relaxed performance was testament to the hours spend in shed rehearsals.

This was my first visit to Haverhill Arts Centre and I must say I was impressed with the facilities and the friendly staff who made everyone welcome.

For Heat 4 of BurySOUND 2020 the performances move back to The Hunter Club in Bury St Edmunds on Friday February 28th where five more acts will compete for another place in the final which will be held at The Apex on Friday 20th March 2020.

‘Take Five’ with The Brubecks…

To Gig Or Not To Gig…

Haunting Tale of Our Lost City