The iconic film and psychological thriller Fatal Attraction is brought to life in a gripping stage play asking the question, what happens when desire becomes deadly?

When happily married New York attorney Dan Gallagher meets charming editor Alex Forrest on a night out in the city, they both commit to a night of passion they can’t take back. Dan returns home to his family and tries to forget the mistake he has made, but Alex has different ideas. Dan’s about to discover that love is a dangerous game, and Alex has only one rule; you play fair with her and she’ll play fair with you.

Louise Redknapp (Beth Gallagher) is a musician, TV presenter and actress. Rising to prominence as a member of girl band Eternal in the 1990s, Redknapp continued with a successful solo music career and became a contestant on BBC’s Strictly Come Dancing in 2016, where she was named runner-up. Redknapp’s stage career includes roles in Cabaret and Dolly Parton’s 9 to 5 The Musical.

Susie Amy (Alex Forrest) is best known for her role as Chardonnay in Footballers’ Wives. Other credits include Hollyoaks, Coronation Street, Death in Paradise and Casualty.

Oliver Farnworth’s (Dan Gallagher) theatre credits include The Girl on the Train and The Marilyn Conspiracy. Television credits include Coronation Street and Mr. Selfridge. 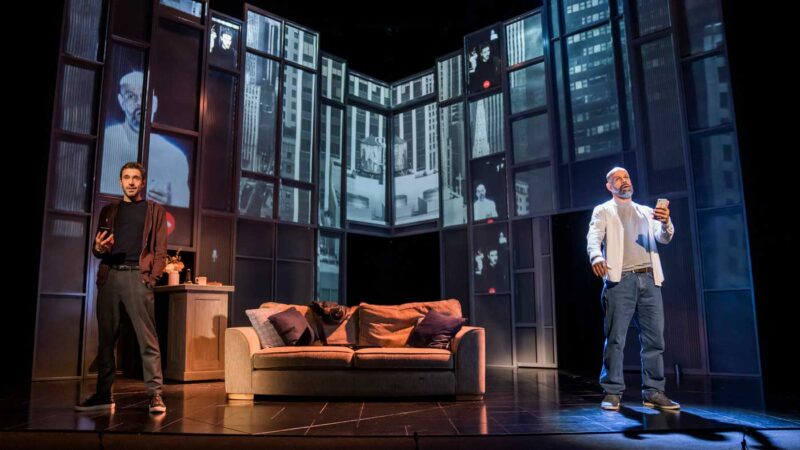 The original film Fatal Attraction is an American psychological thriller starring Michael Douglas, Glenn Close and Anne Archer. It was released in 1987 and directed by Adrian Lyne. The screenplay was written by James Dearden, which was based on the 1980 short film Diversion. Fatal Attraction became a Box Office success, despite controversy surrounding themes of the film, and was the highest-grossing film worldwide in 1987.

The character Alex Forrest has been discussed by experts and has been used as a film illustration for the condition border personality disorder, displaying behaviours including impulsivity, anger and self-harming. The term “bunny boiler’ derives from an iconic scene in Fatal Attraction, used to describe an obsessive, spurned woman.

Facebook
Twitter
Pinterest
WhatsApp
Linkedin
Email
News Deskhttp://www.grapevinelive.co.uk
Grapevine Magazine's small team of editors, reporters and reviewers are constantly on the lookout for live entertainment news from Cambridgeshire, Essex, Norfolk and Suffolk. If you have a story you'd like to share with them just click on the link below to email your press release to the team.