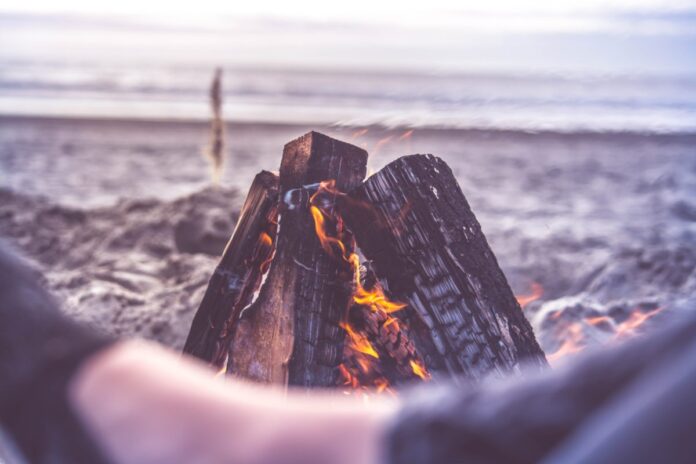 Although the festival itself is not able to go ahead as planned, a collection of exciting performances of music and visual art will be held beginning with a live stream of midsummer solstice on the 21st June from South Beach. The following weekend will see activities taking place on the beach, Kensington Gardens as well as in the town itself which have been planned in the context of the government’s roadmap.

Called Longest Days of Summer, the programme will feature the following:

Wake up early and watch the first light of midsummer hit the British coast and listen to acclaimed trio Kosmos playing live.

The 500 flags, designed by the people of Suffolk and Essex and transformed into hand-painted, naturally dyed silk pennants will be on display over the weekend.

First Flight is a large-scale outdoor exhibition, featuring thousands of individually-designed bird boxes by acclaimed regional and local artists, crafters, schoolchildren and shopkeepers and business owners from the town’s two Heritage Action Zones.. South Beach is the first landing post for a number of different birds that migrate from across the world to settle and breed. Working in partnership with Suffolk Wildlife Trust, First Flight will celebrate the region’s birdlife and shine a light on the importance of bird habitats in an urban context and fill the town with colour and visual art.

BeachBritten Pears Art’s Group A, the singing group for ages 8-18 in Lowestoft and Ipswich will perform original music by Emily Levy inspired by shanties on the beach surrounded by the sights and sounds of the sea.

Jonny Gee, bass player and member of the First Light Ensemble returns to the sands of Lowestoft with his dynamic PiNG MACHiNE jazz quartet for a high energy, acoustic funk, and bebop jazz set on the beach.

The acclaimed sculptor, performance and video artist Alexander Costello, will perform his latest iteration of “Apriori – or It’s Not About The Thing. It’s About All Of It And Doing Things” Sunday 27th June 2021

Led by artists Carrie Phoenix and Kasia Posen from Suffolk Artlink working in partnership with First Light, Kirkley Creates will run all afternoon with guest forager Jon Tyler, choreographer Tim Casson and the project participants. The culmination of a series of small weekly get-togethers centred around Kirkley, this event will ask how we can creatively explore the place we call home alongside our friends and neighbours, through foraging, cooking, drawing and dance!

The Lowestoft Longshore Men and the all-female shanty singers, The Silver Darlings from Southend-on-Sea will join forces on Sunday morning to entertain visitors with traditional sea shanties.

HighTide theatre company will present a new short audio play from their commissioned writer Ben Weatherill (JELLYFISH, National Theatre), telling the story of Miriam a young Bluecoat at Pontins Pakefield Holiday Park during the hazy summer days of 1983. Nostalgic and bittersweet, a play for anyone who’s ever had their own ‘Dirty Dancing’ moment and for anyone who wishes they had.

Although we were hugely disappointed not to be able to celebrate First Light Festival in the usual way, we are thrilled to showcase creativity and participation through our Longest Days of Summer programme. We hope the events taking place on the beautiful South Beach and Lowestoft town itself will be an opportunity for people to reconnect with friends, family and the world around us after so many months of isolation.