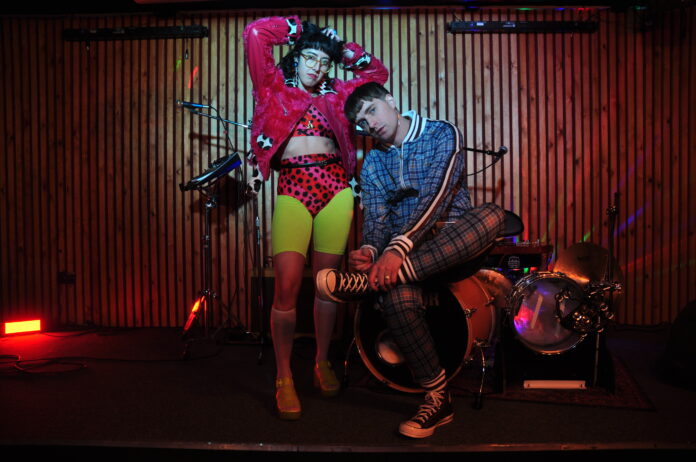 Cambridgeshire up-and-comers Collars release their latest single ‘Hey Lizzie, Lay It On Me’ digitally this month. The rousing track takes a look at the kind of relationship we don’t often hear about in music – that between best mates. Dan’s temperate vocal is backed by a brooding synth, crashing cymbals and crisp stabs of guitar. The result is an intimate, almost claustrophobic huddle, all leading up to the energetic chant at the end.

Out on Friday 23 April, this is the first single to come from Collars’ debut EP, Everything Present 1, which follows in July via the band’s own label, Laundry Rooms. The pair wrote, recorded and produced it all from their DIY home studio in the wilds of the Fens.

The video for ‘Hey Lizzie…’, which was created by Cambridge videographer Pete Wales, will precede the single on Friday 16 April.

‘Hey Lizzie…’ follows last year’s stand-alone release ‘Heart Beats’, which was their first ever single. Since then the band has enjoyed airplay on numerous stations throughout the UK – including BBC Music Introducing in Cambridgeshire, Suffolk and the Channel Islands, Amazing Radio, Vibe FM and Resonance – as well as stations in Canada, France, Germany and the US.

With lockdown finally easing, the band have a slew of live dates booked for the summer, including an EP launch party in their hometown Cambridge on 31 July.