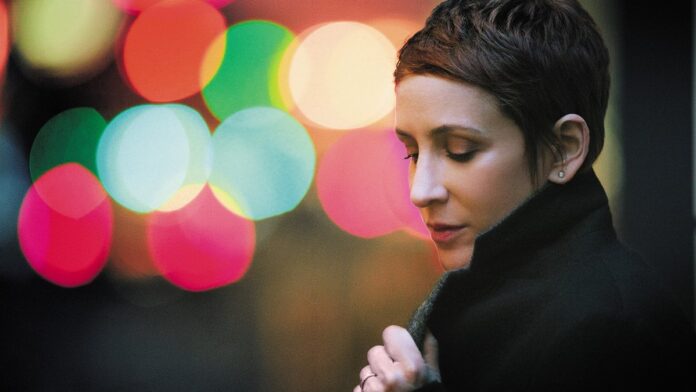 Stacey Kent is a jazz singer with a host of British Jazz awards, plus a Grammy nomination and Gold, Double-Gold and Platinum-selling albums – and she makes a return to The Apex, Bury St Edmunds as part of a small UK tour.

Kent’s musical journey began in her childhood. An unusually keen ear and true voice lead her to participate in school musical productions, and throughout her time at college in New York, she could often be heard singing at impromptu musical events. However, nothing suggested the shift in career that has propelled her to international recognition.

In 1990, through a series of twists of fate, she found herself in London where she enrolled in a graduate music program at the Guildhall School of Music and Drama and met her future husband and musical collaborator, Jim Tomlinson.

Kent paid her dues in the jazz clubs of London, including the famed Ronnie Scott’s Cub. During this period, Stacey cemented her reputation as a singer capable of putting a distinctive stamp on an impressive repertoire of standards. Her ability to communicate emotion through a nuanced and minimalist approach brought her to the attention of Blue Note records, with whom she signed in 2007.

With each successive album, Stacey’s style has become more honed as her artistic outlook has broadened. Stacey’s search for songs had led her to look beyond the Great American Songbook, with French chanson and Brazilian music forming an ever-larger part of her repertoire. Since then, all of Stacey’s albums have been punctuated by original songs composed by Tomlinson with a variety of lyricists in English, French and Portuguese.

The live show is a beautiful collection of songs, including American Standards, Bossa Nova classics, Chansons, and a collection of numbers from her previous albums, including the Grammy nominated ‘Breakfast on the Morning Tram’. The concert will also feature music from her new album ‘Songs From Other Places’ – due for release at the end of 2021.