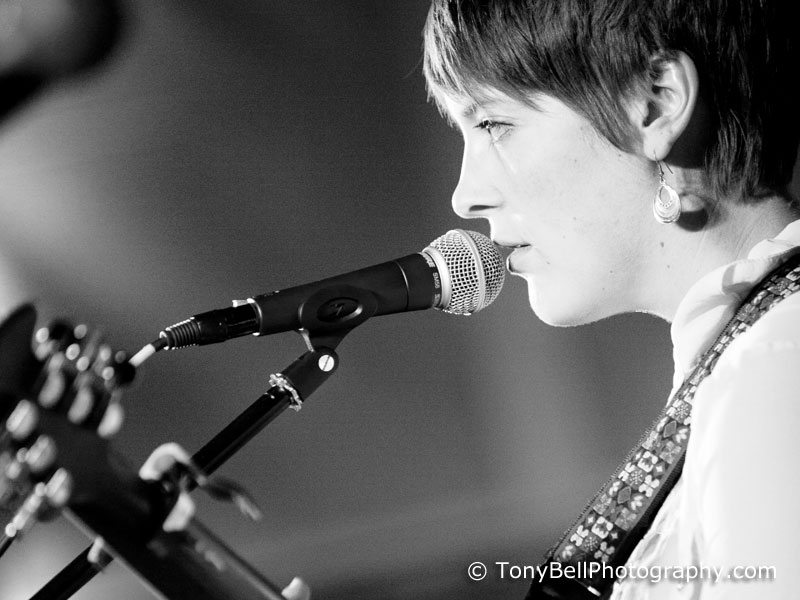 “Ahead of Lucy Sampson’s debut album launch on Sunday 15th February, Grapevine’s Tony Bell spoke to her about making the album, her influences and why boys seem to get away with not making an effort with their appearance!

Lets assume we have never met and you want to tell me all about your music, where do we start?

Where do we start… well, I’ll tell you that I am a singer-songwriter from Suffolk.  I have been playing for the last, probably seven years now, although that makes me feel really old! I taught myself guitar and ukulele, I have recently picked up the banjo.  I’ve done a couple of EPs in the past but this is the first time I have actually decided to go ahead and make an album.  I have been encouraged by lots of my family and friends and people who have wanted to hear more.

But the main reason I decided to do the album was because I won the Bury Songwriting Competition and part of the prize was two days in The Shrubbery Recording Studio to record four tracks.  I took the band in for the day and managed to record six live tracks, it sounded so good I thought – you know what? I’m just going to carry on and make an album!

It is not easy these days for singer-songwriters to get an album together is it?

No, its not.  I couldn’t actually believe how expensive it was “ I didn’t expect that!  Which sounds ridiculous, but no, its not easy.

You are what I might call an old fashioned musician, by which I mean you are out there gigging all the time, that seems to be what drives you, yes?

I do thrive in that environment really.  I really enjoy the Open Mics more than anything just because you get to hear lots of other musicians from the local area.Â  It is more like a social thing, just meeting up with friends and having a drink and hearing their music and getting people’s opinions of the tracks that’s really nice.

Yet, often at Open Mics you are competing to be heard with ‘the blokes at the bar’, how do you cope with that?

Ha ha!  Yeah!  Sometimes that can be off putting.  But even at gigs, we play a lot of bars, pubs and stuff and you are pretty much… well, people go there to socialise, you don’t expect pin-drop audiences.  But it can get quite loud to the point that you can’t hear what you are playing, that’s a bit frustrating. The worst is when people are right in front of you with their backs to you â€“ and you think oh, am I doing something wrong?

Your voice is extremely quiet, I’ve seen and heard you play many many times and you are a very quiet songstress.

Yes I am.  But having the band give me a bit of a lift and more impact.

So tell us more about the band.

The band comprises of Harley Cotton, who plays bass.  Ben Diffley on drums they are the two main members who have been in the band for a year now and we gig together quite a lot.  Then for the album I was joined by Adam Wolden on keys who is just a phenomenal keyboard player.  That is the only way to put it, he has really got such a natural touch on the keys.  And also, an Ipswich based guitarist called Zip, Zippy is how people know him.  He is a phenomenal blues guitarist.

It was really nice to have those four as the main people who did most of the tracks on the CD with me.  But I also had a violin player: Tri Hadi joined me just for a couple of hours in the studio I was so excited, I love the violin, I used to play violin, but I used to have to play classical music and I’m not really a massive fan of classical. Its too regimented and you have to read music!

I kinda prefer the fiddly folky style and that’s what I always wanted to learn but never got around to doing it because then I went off to Uni and stuff.  So it was really nice to have Tri because just plays fiddle the way it should be played.  He’d heard the tracks once I think and he just played it and it sounded awesome.  And of course Jon Hart played on some as well, playing lead guitar.

How would you describe the music then, you mentioned blues and folk?

With the album I really tried to mix it up as much as possible.  I personally like lots of different styles of music.  There are elements of folk and almost reggae in some songs and blues, bluegrass and Americana –  its a bit of everything!

For me, with your songs it is always the lyrics that get me, would you describe your songs as confessional – based on your life experiences.

Yes they are, not all are about me, I have written songs about people who are close to me as well.  Friends who have done silly things… relationships are the main aspect of my song writing, it the stuff I find comes easiest to write about.  It makes up for not being able to talk about things in real life!  I find it much easier to sing my feelings than I do to say them!

The songs on the album, are they written specifically for it or had you a collection of songs waiting to be recorded?

I haven’t written any specifically for the album, no.  I have written so many songs…  I have… I wouldn’t say cherry picked because there are lots of songs that I really love that I haven’t put on the album.  I chose he songs that I thought would show the full range of what I can create.  I probably have another three albums worth of material just waiting to be recorded.

Of course like many singer songwriter you also have a day job to juggle with your gigging, yes?

Yep, I do graphic design by day and music by night – well, not every night!

And you designed your own album sleeve yes?

Yes I did, that was a challenge!  The main inspiration can from Jon.  We went done to Cornwall for a couple of Honey & The Bear gigs last year.  I was saying I didn’t know what to do with the album cover and he said why don’t you do something to do with your ear rings.  He said that for him they are my defining feature because I always wear these really big ear rings.  And I didn’t want my face on it so as long as it wasn’t a photograph I was happy so I went for the sketch instead with the ear rings, mainly because of Jon.

Do you think women have it tougher in the music industry than men?

I think maybe they do.  (laughs) Something my Mum often says to me “Oh Lucy, you should wear something a bit more sexy” and I’m like “Why Mum?”  These boys turn up in messy tramp clothes and play and they get adored, why do I have to make a special effort?  I’d rather just be comfortable so yes, perhaps girls do have it a bit tougher from the point of view that people expect them to make a bit more effort!  But music wise, there is no difference in quality between the girl’s and boy’s music.

Who influences you when it comes to writing songs?

Oh… the people I admire… I spend a lot of time listening to Kate Rusby and Nora Jones when I was younger â€“ late teens, early twenties.  Kate definitely influenced me from the folk perspective, and I just love Nora Jones’ sultry voice.  But more recently, since we’ve been doing the Honey & The Bear stuff, I really like the Civil Wars and their vocal harmonies.  I just love any song with harmony in it.  When you listen to my new album you will hear it,  every song has harmonies on it, sometimes three because I love it so much. Now finally, tell us about the launch.

It is at The Froize at Chillesford, doors open at 7:30.  It is a lovely venue, we did a gig there at Christmas.  It is a really nice pub and the landlord is lovely, he really loves my music so he was up for holding the launch there. Fern Teather will be supporting me.  It is free to get in, everybody welcome, including children.

Lucy, thank you for taking the time to talk to GrapevineLive, we wish you all the best with the new album – which, by the way, is called Step Right On.”