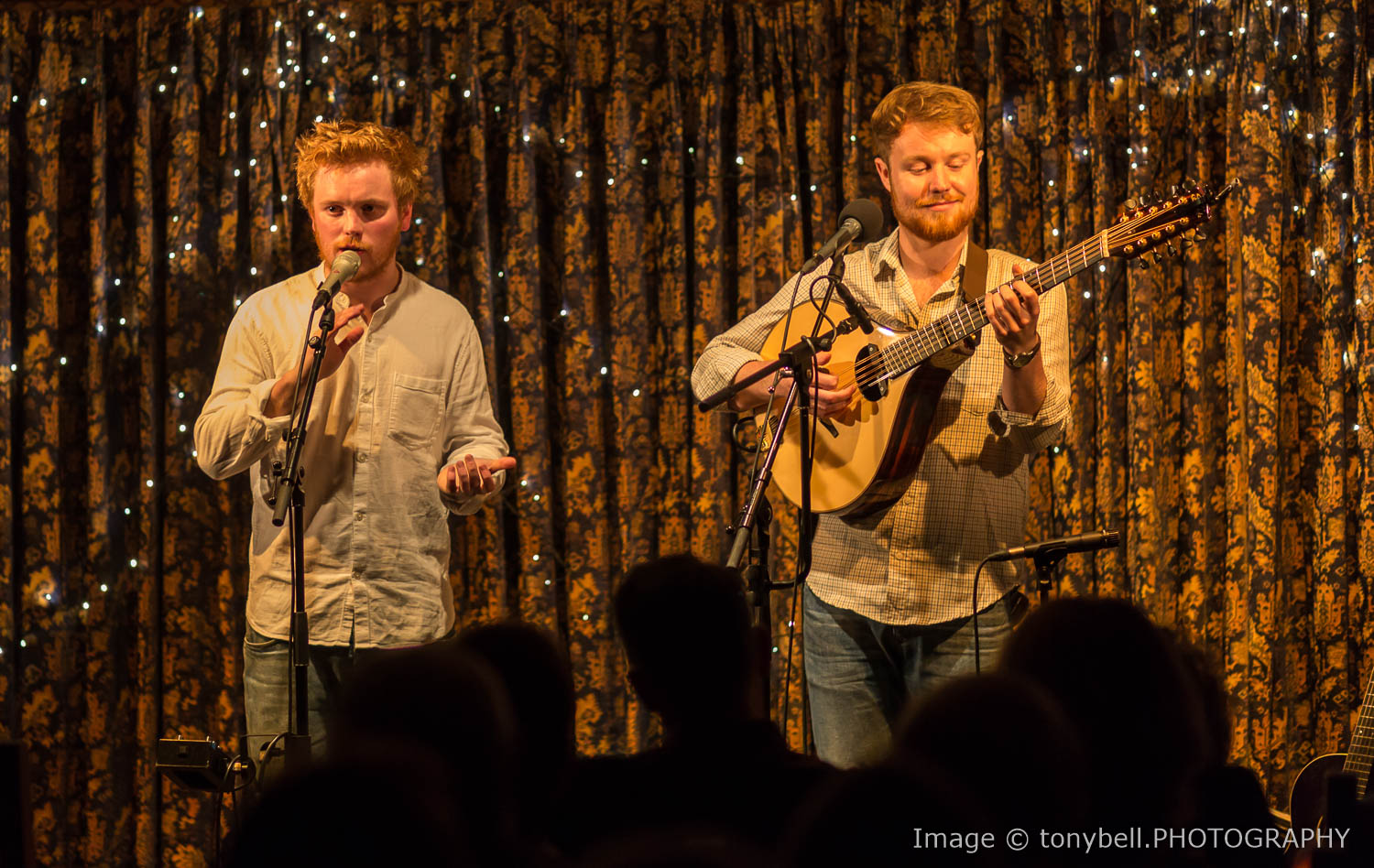 Could you pick one event that defines the magic that makes your heart, if not your voice, sing? Two blokes with guitars and a whole bunch of traditional folk songs, works for me.

To elaborate a little, this event was run under the auspices of Colchester Folk Club, which has been hosted forever by the fabulous Elaine Barker, and featured both the above in solo sets. First to the stage was Jack Rutter, probably best known as being one third of the trio Moore, Moose and Rutter, who’s solo star has risen dramatically with the fulsome reviews garnered by his soon to be released debut album. Him being from Yorkshire it was entirely appropriate for him to open his set with a song collected in said county, indeed “Bilberry Moors” actually name checks the places he grew up in, if only we could all be that lucky.

He moved on through “The Deserter”, a song from the gypsy tradition, on to the intriguingly titled “Young Susan on Board a Man o’ War” which, it turns out, is a variant on the theme of boyfriend goes off to war so girlfriend follows and, inevitably, makes a better fist of the entire thing. More gloriously performed songs followed, particularly ear catching being the unaccompanied “I’ll Take my Dog and Air Gun Too” which details the hunting of the hare for profit and beer, and, closing the set, came two of my favourite trad songs – “The Dalesman’s Litany” a downright miserable ditty detailing the squalor of the rural poor forced into becoming the work force of the industrial revolution, and the bitter sweet blood bath that is “The Banks of Sweet Dundee”.  Overall a thing of joy, and nothing more need be said.

After a coffee break it was time for Greg Russell to do more of the same, although that is an over simplification as he is an acknowledged songwriter and, also, had no qualms including more contemporary covers in his set. He is, also, probably best known for his work with others, most notably as half of a duo with the accomplished fiddler Ciaran Algar.  He began in blistering style with the rousing “Road to Dorchester” which deals with the injustices served upon the Tolpuddle Martyrs, and continued with the, hopefully immortal, Si Kahn song “What You Do With What You’ve Got”. For many years this was the great Dick Gaughan’s opening song and Greg’s version stands comparison.

Incidentally, both songs are to be found on Greg’s superb debut solo album which has received well deserved praise by the bucketful. However the Stan Roger’s song “Lock Keeper” is not and that is a shame, for it is a superb song given a fitting rendition. Lest you think all this is all rather too laudable and worthy the next song was his own “The Bunch Next Door” which, rather satirically, put several world leaders and Tony Blair in their respective places.

All too soon it was over, although that is a false ending as the encore brought the two of them on stage together to whizz through a set of Andy Cutting tunes and, to finish off, a superb Pete Coe song “Rolling Down the Ryburn”, a song about the journey home after a great night singing songs and having fun. How appropriate, can’t help thinking a lot of thought went into that, and sums up the evening far better than I can do, so I’ll just say thanks to all concerned and goodnight.

Ian is a freelance writer who specialises in music of all shapes and sizes. However he is more than happy to turn his hand to any subject and conjure up a well-researched article. As he can never have enough work he also offers a copy writing and editing service, which is soon to be augmented by a proof reading, and social media profiling service. Ian is also a published poet and photographer, and when not scribbling or dreaming, he has a small run leaflet distribution business.