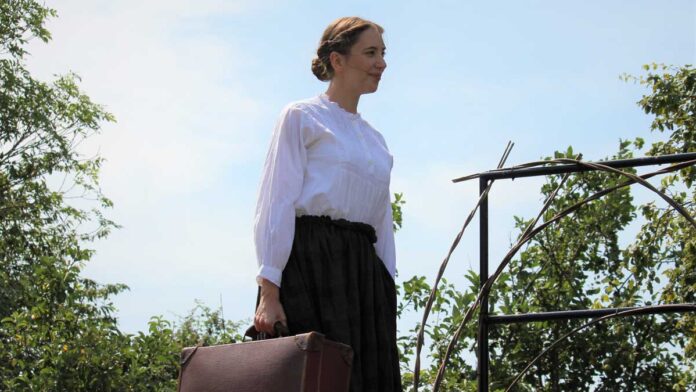 ‘This Is My Theatre’ is a production company whose main aim is to produce classical plays and literature which is accessible, especially to those in rural communities, hence why they can create works for all types of historical spaces.

This production of Charlotte Bronte’s Jane Eyre was played in the beautiful rural setting of the Church of St Mary at Little Bromley. Due to the nature of the weather, ie no rain, we were all outside in the grounds – although not amongst the gravestones I might add. Outside in the fresh air enjoying a play whilst the sun was setting – a pretty unique evening.

We arrived and the cast were on the stage serenading us with historical musical ditties while we were getting seated and comfortable. It was a lovely touch to the event.

The play began with Jane at Lowood School for orphans and not fitting in or enjoying herself. She is there for eight years and ends up being a teacher. Wanting more, she advertises herself as a governess and takes a position at Thornfield Hall teaching a young French girl.

The story has a number of plots and twists as it progresses, it’s a love story at its core however it takes time to get there as there are plenty of secrets and shenanigans going on at the Hall. Do I tell you whether there is a happy ending? No, you’ll have to find that out for yourself! 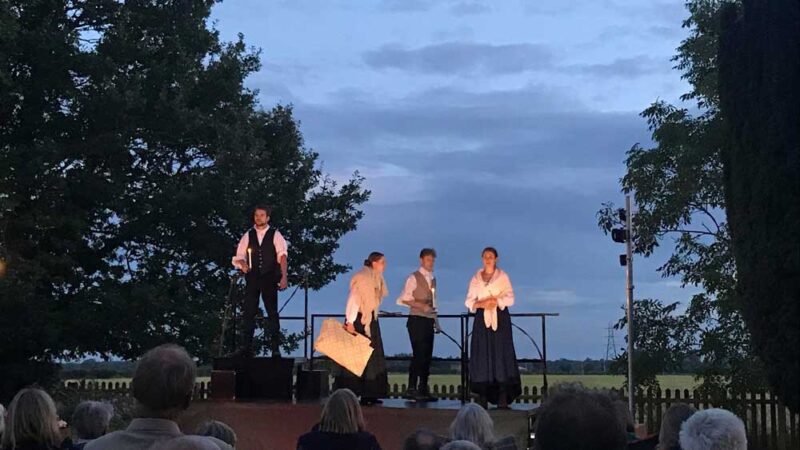 The four actors executed the story well as they played multiple characters with minimal costume adaptations. With a big story line condensed into 90 minutes, it was a challenge, however they pulled it off. There was delightful background singing whilst Jane was narrating parts of the story, this was a creative way to move it along without missing important details. The singing was also used for scene changes, although it was a simple stage set-up, having the definition of a change was helpful.

An outside performance enhanced the whole experience, especially in the rural environment as the passing cyclists and even a horse, almost at the right time, gave it an enchanted feel.

A lovely production of a story which has been deemed ahead of it’s time for independent women. This touring production company are certainly worth looking out for to see if they are at a unique venue near you. 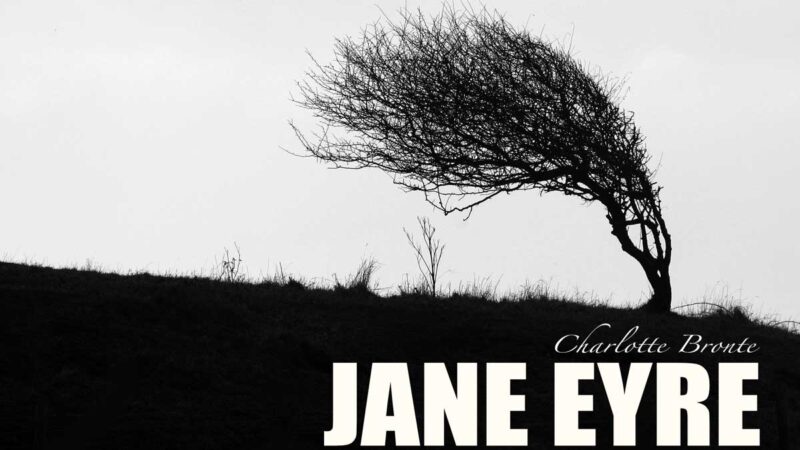