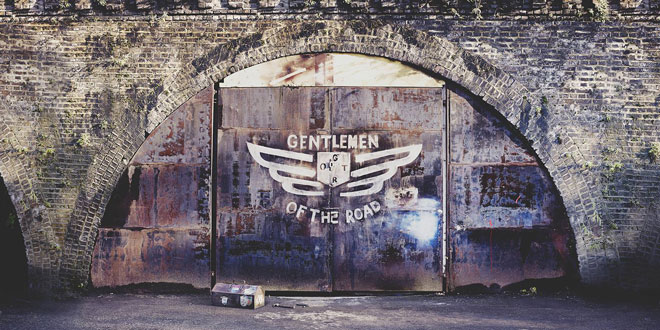 Latitude Festival has announced the line up for their twelfth edition, which takes place on Thursday 13th – Sunday 16th July 2017 in the stunning grounds of Henham Park, Suffolk. Tickets are available here.

Fresh from their Best British Group win at the BRIT Awards and two sold-out nights at the O2 Arena, The 1975 will headline Friday night at Latitude, bringing with them a remarkable stage set up and a fiercely dedicated fan base. Following last year’s critically acclaimed No.1 album I Like It When You Sleep, For You Are So Beautiful Yet So Unaware Of It, the Manchester outfit have gone from strength to strength over the last four years, going on to sell out arenas across the world since first performing on The Lake Stage back in 2013.

Mumford & Sons will take to the Obelisk Arena as Saturday night headliners in a UK Festival Exclusive. The Grammy Award winners will be bringing their Gentlemen of the Road Stopover to Henham Park, presenting their personally curated Saturday line up of some of today’s biggest new bands, before bringing the night to a close with an unmissable headline performance.

“This collaboration with Latitude is one of the most exciting things we’re doing this year. Ever since we started working on Gentlemen Of The Road Stopovers we’ve really enjoyed curating line ups and sharing not only our own music but also sharing music of artists who we love and are listening to regularly. It’s almost like creating a mix tape with a best friend, but instead it’s a whole day of music, across multiple stages, with 40,000 people!”

Fleet Foxes make their Latitude debut this July in a UK Festival Exclusive, as they headline The Obelisk Arena on Sunday. Returning from a hiatus and armed with a platinum debut album, their first British performance in five years will no doubt make for a memorable end to the weekend.

“After being holed up in the studio for a year, there’s nothing we’re more excited about than performing new songs and revisiting our catalog at Latitude!”

“Following the incredible success of our eleventh edition last year, we had set the bar high for this year’s festival. The 1975 have more than proven themselves over the past year and I’m thrilled to give them a well-deserved headline slot. Mumford & Sons have chosen Latitude as the only stop in the UK for their Gentlemen of the Road Takeover, and Fleet Foxes’ will headline their only UK appearance at a festival this year. Latitude 2017 is already simply unmissable.”

“We have phenomenal headliners, but in addition to this there are hundreds of acts to stumble upon at Latitude Festival, with the Lake Stage and much more still to be announced. The festival’s legacy of championing undiscovered music is stronger than ever, and in what’s been my first year, I couldn’t be more excited about what’s to come.”

The Obelisk Arena will also see performances by some of today’s most exciting and respected artists. Making their Latitude debut after almost 20 years together, Goldfrapp will set the arena ablaze in a long awaited performance, with the addition of returning festival favourites The Horrors in a UK Festival Exclusive, and captivating singer-songwriter Lucy Rose. Fresh after a huge 2016 and the release of their second album How To Be A Human Being, Glass Animals will also bring their energetic live show to Latitude, alongside returning indie rockers Grandaddy off the back of their first album in ten years, Senegal’s mesmerising Baaba Maal, and the critically adored Tinariwen and The Very Best.

Velvet Underground founder John Cale will perform from over five decade’s worth of solo material in The Obelisk Arena, along with orchestral pop band The Divine Comedy and gospel legend Mavis Staples. Joining fellow label mates The 1975, The Japanese House brings her atmospheric synth-pop to Latitude, along with country singing duo Ward Thomas and enigmatic Belgian rapper Baloji.

The BBC Music Stage will welcome alt-rock pioneers Placebo for their Latitude debut and UK Festival Exclusive performance, bringing with them an extensive back catalogue including favourites ‘Infra-Red’, ‘Every You Every Me’ and ‘Pure Morning’. The iconic RIDE will deliver their seminal shoegaze, while the legendary Fatboy Slim will bring his barrage of hits to Henham Park. Also joining the line up is innovative rising rapper Loyle Carner, backed with the recent release of his touching debut album, Yesterday’s Gone, alongside the incomparable SOHN, Irish national treasure Lisa Hannigan in support of her recent At Swim album, and BBC Sound Of 2016 winner Jack Garratt.

Latitude Festival welcomes Kurupt FM as headliners of the Music & Film Arena. The stars of BBC smash-hit People Just Do Nothing will take over the arena, dropping nothing but first-rate garage, grime, reggae & DnB.

Latitude Festival also welcomes Will Young to headline the Music & Film Arena. The critically acclaimed singer will join Latitude with his band for a rare performance of Summer Jazz Sessions. Irish musician Imelda May will also headline the stage, performing songs from her forthcoming album Life Love Flesh Blood. Performances will also come from iconic dub poet, writer, social commentator and musician Benjamin Zephaniah and The Revolutionary Minds, a re-imagination of Henry Purcell’s opera Dido and Aeneas by Festival Voices and a Swing Jazz Takeover by White Mink where they will transport the audience back to the early twentieth century through a collection of DJs and burlesque performers.

The Sunrise Arena returns with an eclectic line up that boasts some of the most exciting, genre-defying musicians of the moment. Atmospheric krautrock trio Beak> will give a headline performance, as will one of the hottest names in UK hip-hop right now, Dave. American troubadour Kevin Morby, psych revivalists Temples, the highly-praised power trio Sunflower Bean, hyped London quartet Palace and the exuberant duo Honeyblood will all take to the Sunrise Arena. Joining them are Chicago slacker sweethearts Twin Peaks, Scandinavian starlet Sigrid, the much-loved Liverpudlian trio All We Are, the ever-evolving might of Esben and the Witch, genre-straddling experimental trio Yorkston/Thorne/Khan, and classical pianist Lubomyr Melnyk. Hidden away in the woods, grunge-rock singer Margaret Glaspy, electronic producer Max Cooper, raucous London outfit Goat Girl, contemporary soul singer Kadhja Bonet, mysterious producer Seramic and ascendant Irish singer Áine Cahill will also take to the stage, followed by Joe Goddard who will DJ late into the night.

Jorja Smith is the first of many handpicked for the Gentlemen Of The Road Stopover on Saturday. At just 19-years of age, she has already received praise around the country including being named fourth in this year’s BBC Sound Of poll, and will perform on the Lake Stage this summer.

Celebrating the biggest names in dance and performance; the UK’s finest multi-arts festival returns for its twelfth edition, today announcing The Waterfront Stage line up, amongst others, which promises an unrivalled breadth, depth and quality of programming.

“Latitude celebrates the very best artists, both emergent and established, across myriad art forms, and this ethos is embodied in the fullness and diversity of the Dance bill for this summer. We’re incredibly proud to offer audiences not only the chance to see the very best ballet, hip-hop and contemporary dance from around the globe, but also the opportunity to learn from these companies through practice, with BalletBoyz, Matthew Bourne’s New Adventures, and Far From The Norm each offering the Latitude audience the chance to take part in a workshop or class on our iconic Waterfront Stage.”

Sadler’s Wells, the UK’s leading dance house returns to the Waterfront Stage for the tenth year to present a diverse programme including Matthew Bourne’s New Adventures, which celebrates thirty years of innovative dance this year, to the Latitude audience. An extract from Town and Country; Country is a heartfelt pastiche led by the evocative music of Edward Elgar, Noël Coward and Percy Grainger, amongst others. Matthew Bourne’s New Adventures will also lead a workshop on the Waterfront Stage, open to the Latitude audience.

Following the Grammy Award nominated success of INALA, a Zulu ballet performed with Ladysmith Black Mambazo, Sadler’s Wells present Sisters Grimm’s Voices of the Amazon on the Waterfront Stage this summer, telling the majestic tale of a water spirit from the Amazon River through enchanting contemporary ballet and capoeira, accompanied by live music by Brazilian songwriters and world-renowned percussionists, Olodum.

Sadler’s Wells will present the BBC Young Dancer 2017 Finalists, a showcase providing the Latitude audience with a taste of the best of young British dance talent from the competition’s finalists; showcasing the energy and electricity of a street dance solo, the versatility of contemporary dance, the classical precision and artistry of ballet, and the grace and fine detail of a South Asian dance.

Completing the Sadler’s Wells line-up are National Youth Dance Company, with their latest production Tarantiseismic, created by 2016–2017 Guest Artistic Director Damien Jalet. A Sadler’s Wells’ commission presented by a company of 40 dancers; the piece addresses themes such as melancholia, ritual, control and abandon. Jalet’s revered choreographic style combined with the dancers’ energy and talent is set to produce a mesmerising experience that shifts the consciousness of the audience.

Acclaimed hip-hop choreographer and dancer Botis Seva will return to the festival with his company Far From the Norm and their new work Da Native. The piece will explore the timely topic of cultural displacement through a high-energy combination of physical theatre, contemporary dance and hip-hop. The Latitude audience will also have the chance to experience a Far From The Norm workshop.

Award-winning comedian and the presenter of BBC Proms Proms Unplucked podcast, Vikki Stone will present a premiere of her orchestral work, The Concerto for Comedian & Orchestra on The Waterfront Stage. An orchestral piece where the soloist is a comedian, The Concerto for Comedian & Orchestra is the first of its kind, blending Vikki’s unique comedic songs with her love of classical music.

Opera North are committed to challenging conventional perceptions of opera. At Latitude 2017, they will transform Latitude’s woodlands into a magical immersive soundscape as Opera North Projects bring Underworld to The Faraway Forest; a Greek mythology experience formed through words, music and light. Find a path through the Forest and listen out for Orpheus: His voice is in the trees and under the ground; it’s coming.

A brand new yoga experience suitable for yogis of any ability; Disco Yoga will encourage Latitude to ‘Glitter Up’ before a session of flow yoga set to a disco soundtrack in the Cabaret Arena.

Latitude will also welcome a host of DJs to Henham Park for late-night party performances. In the Comedy Arena, the world’s best travelling dance party Hot Dub Time Machine will be coming to Latitude for the first time. After sell-out performances at festivals, theatres and on rooftops across the globe, lead DJ Tom Loud will take audiences from 1954 to the present day with the best pop hits. The ultimate pop safe space, Guilty Pleasures will return to the festival armed with the most unashamedly and unapologetic chart hits whilst Buttoned Down Disco will also return to Henham Park with their eclectic mix of pop, indie, quirky covers and house. Late night Latitude Festival favourites Disco Shed will return to Pandora’s Playground with their 8 x 6 ft garden shed, keeping the party going every night with the best soul, funk, house and techno.

Grapevine Magazine was first published in 1991. The small Editorial Team, based in Ipswich, Suffolk collate information about live entertainment across East Anglia for the magazine's well known listings. In addition the team publish reviews and interviews on all forms of entertainment. Send your PRESS RELEASES to [email protected]

A Baptism Of Fire

Live Entertainment is Taking a Page From 1950s America it Seems.

Live Music is Back in Suffolk to Help Escape the Lockdown…