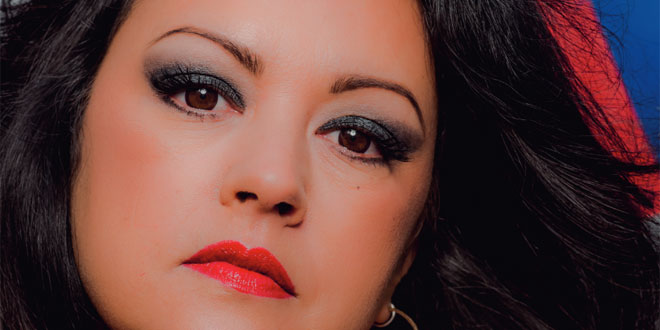 Malaya Blue proved all of the critics and tastemakers right by clearly becoming the breakthrough artist on the UK Blues circuit in 2015. After debuting as a live performer at The Great British Rock & Blues Festival, Skegness other festival organisers and venue owners were quick to offer spots and bookings.

Malaya received an unprecedented four British Blues Awards nominations for Best Female Vocalist, Best Blues Album (Bourbon Street), Best Blues Track (Bitter Moon) and Emerging Artist. An amazing achievement for a new face on the block. In addition Malaya was nominated by the members of the UK Blues Federation as one of four finalists to take part in the UK Blues Challenge. Early indications and feedback suggest this album will catapult Malaya onwards into the next level as a live and recording artist. The core band will be the live band for the majority of this years live gigs, other live band members recently have included Steve Watts, Will Johns, and John Altman. Drummer Martin Johnson will be taking the drum stool this year when Andrew is unavailable.

“Heartsick” is released on 8th April, you can pre order here.  For for the real, live, in person experience get down to The New Crawdaddy Club on 1st April for the Album launch – £10 on the door.

Spotlight on BurySOUND 2020 – Heat 3 in Haverhill

A True Story Of Survival with In Loyal Company