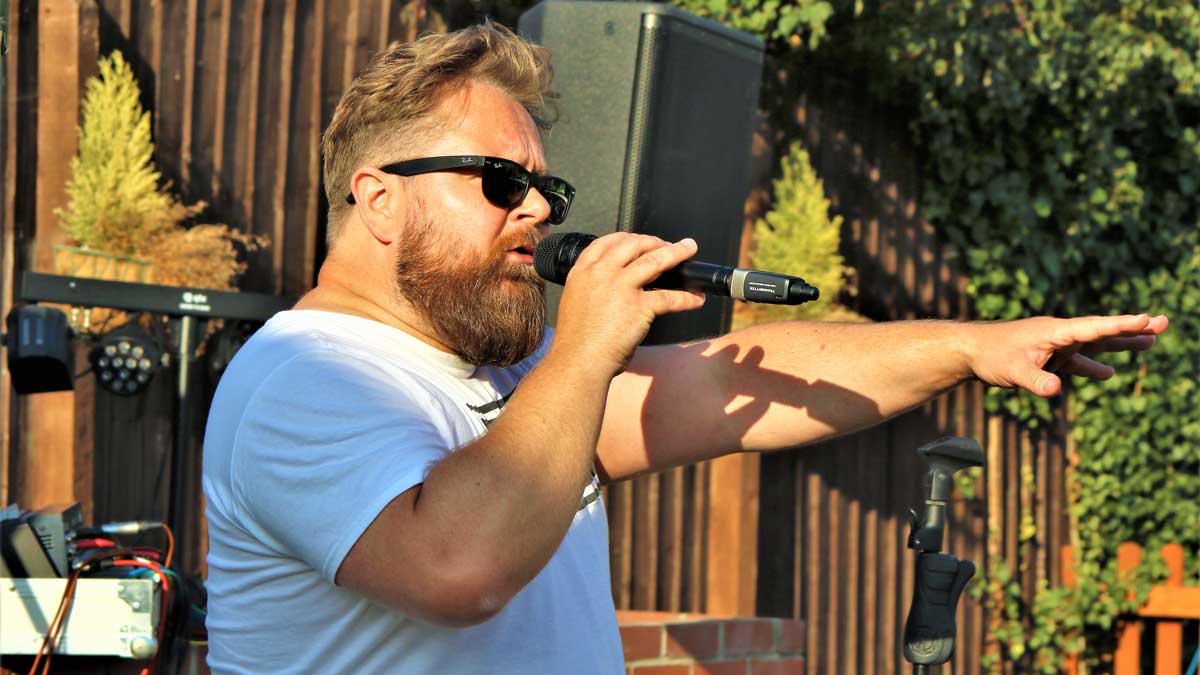 Lucky No.7 at The Belstead Arms

I’ve caught Lucky No.7 several times over the last year or so, however it was always on my way through a venue and I either caught the first few songs or the last few and each time I knew I had to go to full gig.

The opportunity came at The Belstead Arms and a glorious day. Social distancing was easy with a nice garden and plenty of overspill in the car park which was cordoned off for more customers. It worked pretty well, we were in the car park area and the sound was still good. A late afternoon/early evening gig to keep to the noise restrictions, this being a residential area, perfect to be honest – food, sun, beer, friends and live music!

There certainly is a challenge for outdoor gigs dealing with the weather and getting the levels right across a large space with a bit of wind blowing through. However, as Lucky No.7 know what they are doing, the levels and sound were good enough in the car park and even better in the garden.

They have a large portfolio of tracks and were playing for nearly three hours. Songs from Kansas, Eagles Kenny Loggins, Aerosmith, U2, Queen, Simple Minds, AC/DC, The Clash, Fleetwood Mac, Journey, Foo Fighters….the list is long. The list is long due to Nick’s vocal range (reminds me of Geddy Lee) and when you have a singer who can reach those notes without tight pants, then you need to take full advantage of what you can offer as a band – and they offered plenty! Mike’s riffs were solid.

Described as a rock covers band, Lucky No.7 absolutely play rock covers but with a twist of fun and energy which brings entertainment too. Nick is charismatic and talks to the crowd to keep up the engagement, even hanging over the fence to give a verse or two to the car park crowd. The second third part of the set were described as the ‘cheesy part’ – played all the over-sung tracks in rock but this is what the crowd wants. We were all singing along, waving our arms and doing the ‘Radio Ga Ga’ clap. We loved it and we were thoroughly enjoying ourselves.

It was the first live gig for Lucky No.7 since February and you couldn’t tell. Nick’s voice had the unique intensity for the whole set, I’m sure they were pooped at the end as they put a lot of effort into the performance and I hope they enjoyed it.

It might have been a social distanced gig however, we’re either getting used to it or it was entertaining at a level where we didn’t notice.

Thanks to The Belstead Arms for getting live music in the diary while staying safe.

Hayley is a business co-owner working too many hours so it's a good job she's passionate about it. Hayley's down time is music, music and music of all types and she enjoys going to gigs, listening to new bands and breathing in the energy it creates.