An evening of variety and new talent on the agenda at The Hunter Club. Their support for both new and young local talent is highly admired as every band, singer, solo artist, duo… had to start somewhere and without the opportunity to play in front of live audiences, how else do musicians get the experience in order to grow?

Jackism – Jack kicked us off with a lovely Bible-inspired track about how Jesus is coming to try to save us. No, he wasn’t preaching, it was a song which makes you think. It was a well performed and pleasant track –Jack has a decent voice with an agreeable tone to it and his guitar playing was far more than chords. He then launched into an upbeat track rapping about growing up in Dagenham! That was a delightfully cool surprise. He ended with a classical Spanish piece. Talk about versatility! With Jackism there was a nervous confidence yet he introduced each track clearly. A good set from a young musician who was articulate while rapping, and had the ability to write some cracking lyrics. 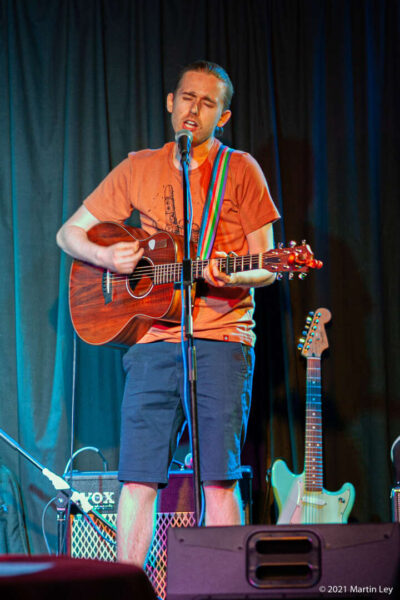 Blue Feel – a first gig for this trio encompassing drums, guitar and bass and all at an age I don’t remember being. This indie/rock band worked hard during their slot and certainly gave a very encouraging performance. The female drummer added a dynamic energy to the stage and the singer  had a voice to suit their style. They did some of their own tracks and a few covers which were a different take: a grungy indie version of Gnarls Barkley ‘Crazy’ and The Weekend’s ‘Blinding Lights’. 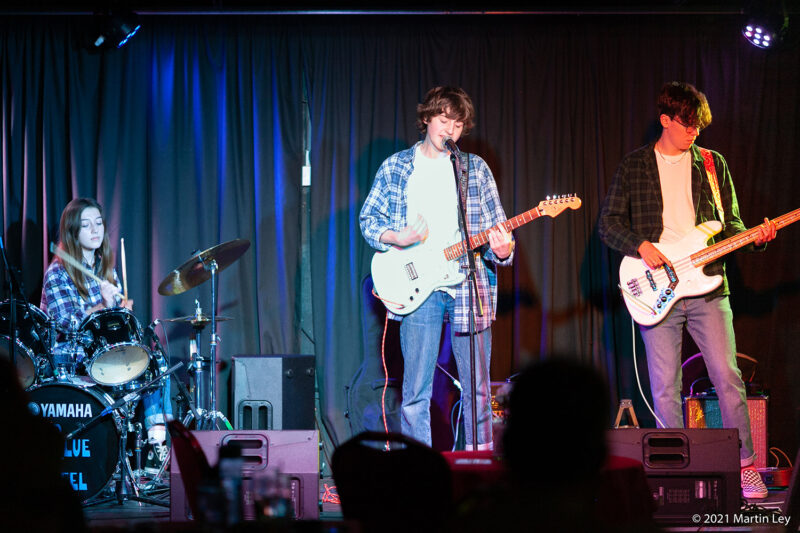 Three Years Younger –  indie-pop with a hint of folk and a sprinkle of angel dust for this duo and clearly not their first gig. Keys and guitar, a show of a ukulele and voices which are independently gorgeous and go to the next level for their harmonies. How can voices be haunting and heavenly at the same time? There is an obvious chemistry which draws you into their music and it was an enchantment on the ears to hear their performance. 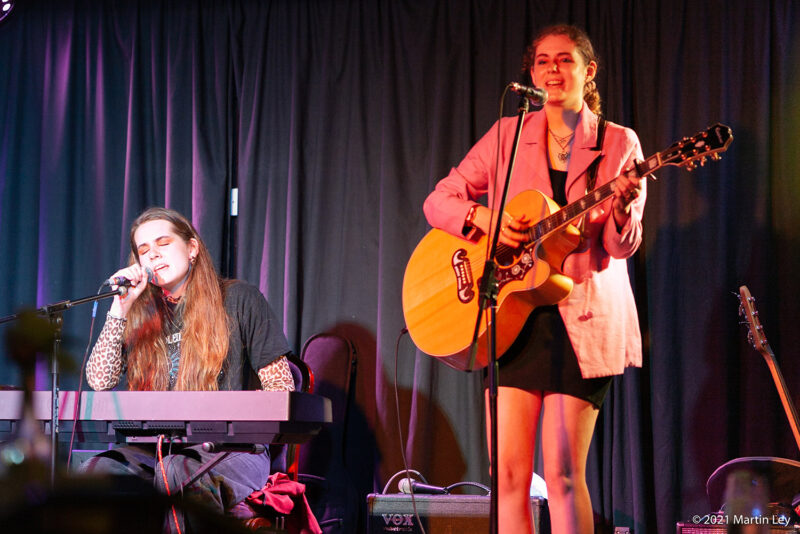 Matt Reaction – this man has a genre of his own which is why he was headlining. An infusion of satire, social awareness, comical perception, poetry all wrapped up in an energy I can imagine keeps him up at night. All whilst playing the guitar and playing jokes on the audience. I’ve reviewed Matt before and he is an act you need to go and see for yourself – it’s not one man and a guitar, it’s one man whose weapon against society is words.