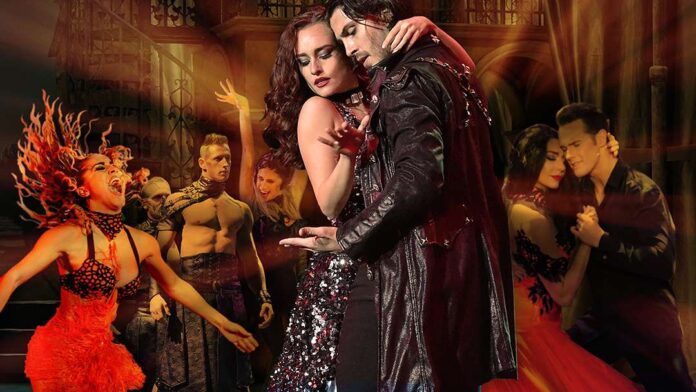 The original Broadway production of Jason Gilkison’s ‘Burn The Floor‘ is being recreated for a strictly limited tour in July 2022.

‘Burn The Floor’ is a breath-taking blend of Latin and Ballroom dance first conceived as a special performance at Sir Elton John’s 50th birthday celebration in 1997. Two years in creation, the show made its world premiere in the UK and took the globe by storm, including 9 months breaking box office records on Broadway and two seasons in the West End.

The tour will return to Bournemouth where Burn the Floor was first staged and revisit the wonderful Shaftesbury Theatre, London. Get ready for The Reunion and the only chance to see these world class dance legends perform together one final time at Ipswich Regent on Saturday 16th July 2022.

“This Burn the Floor 25th anniversary reunion will be such a one time event for us all, having all our stars back on stage together where they began. Not only will this be an emotional event for us, but also a spectacular one not to be missed.  This version of Burn the Floor broke Broadway box office records, so I can’t wait to see it back on stage with this ‘dream team’ cast!”