Creative Director Ryan McBryde said today: “We can’t wait to jump down the rabbit hole into the fantastical world of Wonderland this summer. Director Emma Earle has a fantastic track record with her award-winning, female-led theatre company Pins and Needles, who are best known for their bold and imaginative adaptations of children’s books including Raymond Briggs’ classics Father Christmas and The Bear. We’re delighted to welcome a multi-talented cast of actor-musicians including the wonderful Mike Slader and Rosalind Ford last seen in the Mercury’s The Comedy of Errors.”

Alice is under a lot of pressure. She’s anxiously about to sit an exam, when she accidentally falls down a rabbit hole and plunges into the magical world of Wonderland. There, she encounters some of the strangest and most peculiar creatures she’s ever met, including a very bossy White Rabbit, a Cheshire Cat who can’t stop grinning and a Mad Hatter who’s, well, mad!

Can Alice defeat the formidable Queen of Hearts and get back home in time to finish her test? 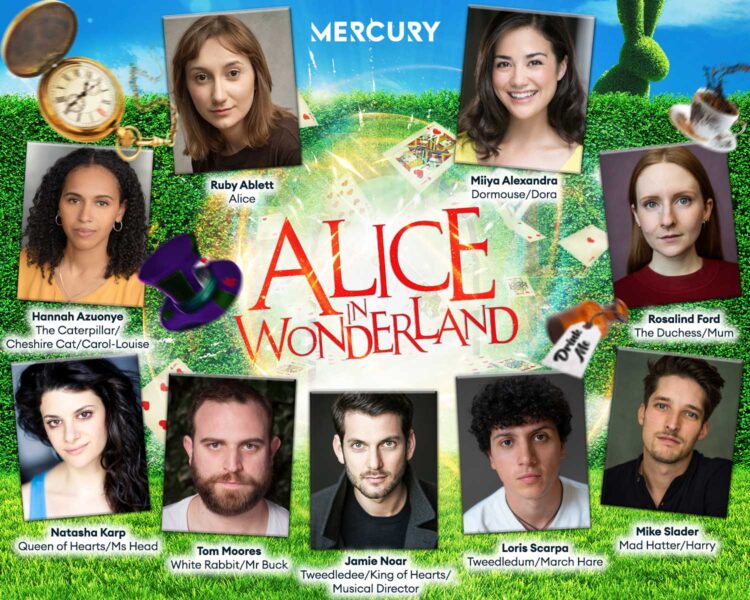 Eastern Angles Take Free Theatre to the Streets of Suffolk this Summer!

Speaking Out and Fitting In