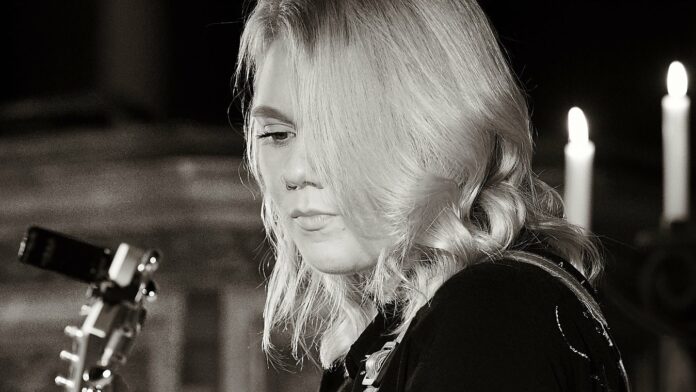 Millie Kirkpatrick is a singer/songwriter from Suffolk. She released her self-titled debut EP in January 2020 and has been performing since she was 11. She answered a few of our questions to talk about the last year and teases to what the future holds!

My name is Millie Kirkpatrick, I’m from Suffolk and I bought my self-titled debut EP out in January 2020. I began performing and playing music at around the age of 11 at a local music club, it was definitely a passion of mine way before then, but I didn’t actually start writing until I was about 16.

I find it quite difficult to put a genre to my music. I never write song intending to conform to a particular genre. I see them all as fairly individual so I definitely have a mix of genres within my music. However, I do have sort of an umbrella of genres that I think my music would fit into including acoustic, folk, pop and, maybe indie!

What inspired you to get into music, and has it always been a part of your life?

I will always remember when my love for music began and it was around the age of 5, my dad had Jools Holland on TV and KT Tunstall was debuting her track ‘Black Horse and the Cherry Tree’ and I was just in complete awe. I remember she bought her second album out a couple of years later and my dad won tickets to go to the launch party and meet her afterwards. After that, I just knew that music was something I wanted to do. At the age of 11, I joined a local music club called ‘Amp and Deck’, which is sadly no longer running but that’s where I first gained any sort of confidence to sing and perform in front of anyone. I learnt the basics on the guitar and it we even did a few gigs in some pubs. It was definitely a real stepping stone for me and from there I started to get my own gigs and festival bookings.

It’s been a really tough year for musicians, so how have you been keeping busy?

It has been really tough! At the beginning of lockdown, my dad and I (mainly my dad) turned our utility room into a dedicated music room/studio as my bedroom was getting pretty full with all the guitars I’d been collecting! So I’ve been spending as much time in there as possible getting ready for the gig rush once restrictions get lifted!

What have you missed and do you love most about live shows?

I have missed live gigs SO much, and I really can’t wait to get back to them. I think I have mainly missed the audience interaction. I tend to be quite a chatty person on stage, so talking to a camera but not being able to see a physical audience with facial expressions and emotion has been really strange.

How has the move to digital been for you – have you done many virtual gigs, and do you think it’s a good thing for the industry?

I did quite a few live streams at the beginning of lockdown, which I did enjoy but again, for me it’s that audience interaction and it being a physical feeling that I really do miss.

Another thing I’ve been doing is collaborations! A few of us have been recording our individual parts to a song, recording a video too and putting it all together, which has worked really well! The most recent one I have done would be with James Payze and Jason Rampling who are both really good friends of mine and we did a cover of ‘Little Something’ by Melody Gardot and Sting. I think you should be able to find that on James’s YouTube!

I think anything during the past year has been good for the music industry. These live streams are what kept some people going and it was so positive to see people adapt and support an industry that a lot of people take for granted. But, you can never beat a good live local gig!

What do you hope the future of the music industry holds? (i.e. more digital elements such as virtual gigs, or just to return to normal as soon as possible)

Ultimately, I would love to go straight back to live gigs but I also know that realistically that may not be the case. I will 100% support virtual gigs as I understand that everyone’s circumstances are different. Over the past year, virtual gigs have supported peoples metal health, kept spirits up and have really supported industry in a really tough time.

On the other hand, live gigs will always have my heart, whether I’m playing at them or attending them. Over the years, I have met friends from all over the world, just by going to gigs from places like Amsterdam, Spain, Germany and I would never had met them had it not have been for live gigs. They have such a big sense of community and are a place where people from all different backgrounds come together for one sole purpose and I think that’s amazing. I think at the moment it’s definitely about finding that right balance and I’m more than happy to have virtual gigs as part of a new future.

While we wait for the comeback of live shows, what would you suggest music fans can do to keep supporting the music industry and independent artists such as yourself in these times?

I think a big thing is social media, and this is actually quite a tricky one despite so many people being on it! We find that quite often, social media platforms are regularly changing their algorithms so it’s proving quite difficult for people (including our own followers) to see our posts and therefore reach wider audiences; so one thing that would really support artists would be sharing, commenting, or even just liking a post when you see them just so it stays on peoples feeds for longer and reaches those few more people.

Another thing is, I know lots of people are now announcing gigs for when restrictions eventually lift so if you have the means and feel safe enough to do so, please buy tickets, stream music and get us back to live gigs!

What’s next for Millie Kirkpatrick – do you have any upcoming projects to share?

I have few ideas, but nothing set in stone just yet. I’d love to do some sort of stripped back acoustic project, so once it’s allowed and people feel safe to do so, I’ve been dying to get together with James Payze who I mentioned previously and actually produced my EP and also Jason Rampling just to get some ideas down and take it from there! 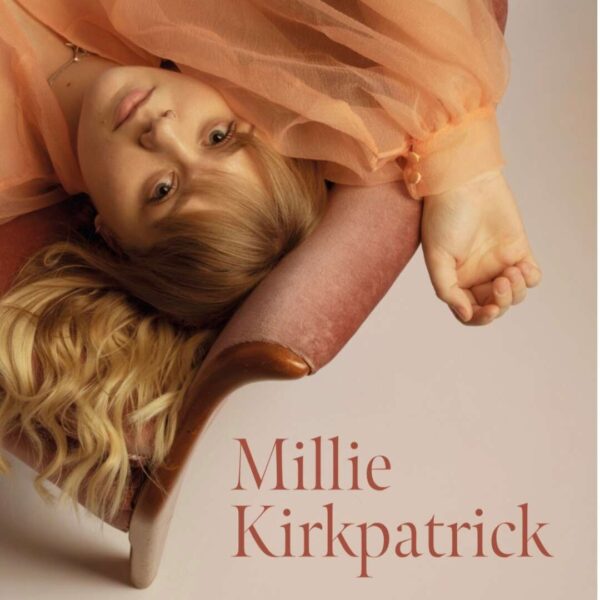 Lastly, let’s end with some fun ones: If you could duet with anyone, who would it be any why?

100% KT Tunstall, no question. As I said previously, she’s the reason I got into music so it would mean so much and would just be mad to actually duet with her. (I’m a bit of a crazy fan!)

What three albums would you have as your ‘Desert Island Discs’?

This is such a tough one for me because there are so many albums that I could just listen to on repeat! I think the first one would have to be ‘Eye to the Telescope’ by KT Tunstall, the first proper album I really listened to at the ripe age of 5. You’d honestly think I was going through some sort of traumatic heart break with the amount I listened to that album!
The second one would be ‘This is the Life’ by Amy Macdonald, she is another one of my big inspirations. I love her song writing on that album, I think it’s very raw. I think my third choice would be an album called ‘Chains’ by the band Chains who not many people know about, and they’re unfortunately not together anymore, but the songs on this album are just so lovely to listen to and I find them really relaxing!

Thank you to Millie for her time in answering our questions! You can find Millie Kirkpatrick’s self-titled EP on all major streaming platforms.