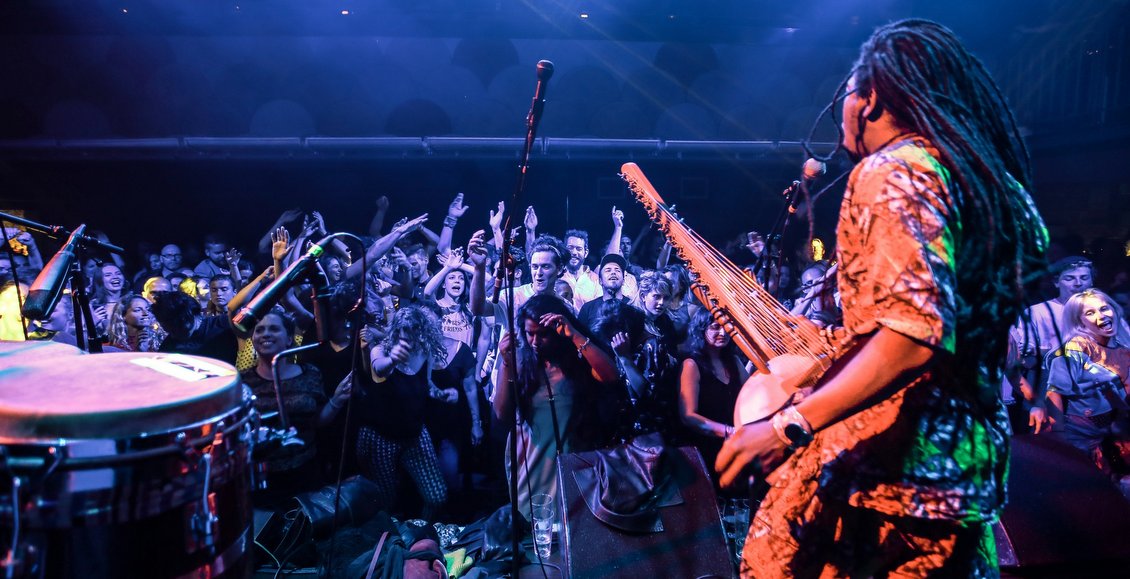 Norfolk & Norwich Festival has today announced the full programme for its 2019 Festival (10 – 26 May). The vast and wide-ranging programme showcases artists from around the world and the region presenting a huge variety of work and events throughout the city and around the county, which spans performance, theatre, music, visual arts, literature, circus, outdoor and family events, includes world and UK premieres, one-off spectaculars, and a host of free events across the Festival.

Daniel Brine, Festival Director said: “The 2019 Festival will be my second as Festival Director, and my first full programme. As I get to know the rich cultural heritage of the city and county better from the people living here, I am also mindful of fast-paced changes occurring on a global scale, our relationship to the rest of the UK, Europe and further abroad. It’s been fascinating to work with artists to present work from the county and around the world in that context this year.

We explore notions of journeying and crossing borders with shows such as The Journey, Chris Bullzini’s spectacular highwire traverse of the city skyline and Las Maravillas de Mali making a special UK appearance at the Festival.

We also looks at the idea of making and doing ourselves,  a theme that seems increasingly present throughout the UK, with projects like Engage and Playing Up.. We have multiple pieces of work exploring magic and illusion such as the charming Bells and Spells and The Chore of Enchantment, in which make-believe and imagination flourish.  I look forward to people exploring the programme and hearing what audiences think.

It really is a treat to be part of this Festival of world class arts which will continue to grow year on year, presenting the people of Norwich and across Norfolk with fun and thought provoking work.”

Norfolk & Norwich Festival shares exceptional arts experiences across East England. The Festival collaborates with artists – from down the road and around the world – to explore the unique physical and cultural identities of the city and country and to make art which is contemporary, international and audience-centred. Fuller programme information can be found below.

The 2019 performance programme will be delivered from some of the city’s best-loved venues. The line-up includes five premieres with work for locally and internationally acclaimed artists, made both in the country and brought from abroad.

Premieres include: News New News, a television news show made for adults by children recorded in front of a studio audience and broadcast live from Andy Field and Beckie

Other highlights include: Vincent Gambini’s The Chore of Enchantment in which he tackles his ‘magician’s block’ combining deadpan reflections with jaw-dropping sleight-of-hand magic and playing expertly with audiences’ understanding of artifice; Dante or Die’s User Not Found, a pioneering and intimate new play delivered with a smartphone and headphones looking at the complexity of online legacy after we die; seminal hip-hop dance company Boy Blue present universally acclaimed and Olivier Award-nominated Blak Whyte Gray;  universally acclaimed Gandini Juggling’s Smashed; multi award-winning theatre company ThisEgg combine live sewing, comedy and music in dressed with Made My Wardrobe about the power of making our own clothes; Lords of Strut return to the Festival at the Playhouse causing mayhem for everyone ages six or over with Absolute Legends.

The 2019 music programme will showcase pioneering international musicians and rising young stars, alongside some of the most captivating classical works. Finalist in BBC Young Musician of the Year in 2016, saxophonist Jess Gillam gives her Festival debut with a whistle-stop tour of music from Marcello to Nyman. Twice-Mercury-nominated Eliza Carthy is joined by her father Martin Carthy to perform songs from their first duo record. Legendary Malian/Cuban band Las Maravillas De Mali, who defined ‘world music’, come together on stage in the UK for the very first time. Tenebrae perform a programme of captivating British coral works at the Cathedral. Sean Shibe plays classical guitar at the Playhouse, where Quercus also present their award-winningly creative chamber music, weaving folk and jazz together, Sarah Jane Morris performs John Martyn and emerging jazz vocalist Judi Jackson brings her debut release Live in London. Norfolk-born Kit Downes performs solo organ at St Peter Mancroft, which is used as a venue once again at the Festival, Rachel Podger and Brecon Baroque also perform a programme Vivaldi there. Thomas Adès and Britten Sinfonia will return following their sell-out performance of Beethoven’s Symphonies in 2017 and 2018, concluding their season with a performance of Beethoven’s Ninth Symphony. Indian guitar master Debashish Bhattacharya, who has gained global recognition for pioneering a unique style of Hindustani slide guitar, performing a fusion of classical Indian ragas and Western Blues, is joined by his daughter vocalist Anandi, to present her debut album. Grammy Award-winner Chilly Gonzales and Queen of British Soul Beverley Knight both perform at Norwich Theatre Royal and the Festival once again presents BBC New Generation Artists with BBC Radio 3, giving audiences the chance to hear some of the most promising talent from around the world.

The Adnams Spiegeltent will be back at the Festival with a characteristically vibrant evening and late night programme which includes headline show A Simple Space from Gravity & Other Myths in its Norwich premiere. Also in the tent: cabaret sensation Le Gateau Chocolat, back by popular demand after a sell-out 2018 show, is joined by Jonny Woo, with A Night at the Musicals; The Turbans with foot-stomping Balkan influenced music; rising South African musician singer and songwriter Nakhane; eight horns, two percussionists, scratch DJ and live MC make up Renegade Brass Band; live African dance music fusing Congolese guitar and Gambian kora virtuosity with UK electronic sensibilities – Afriquoi; hailed as the next Amy Winehouse Hannah Williams & The Affirmations; Cuban/Iranian four piece Ariwo with Camilla George.

Meet Me at the Spiegeltent also returns this year with a free day programme of community projects from dance classes for kids to baby and toddler discos and an afternoon social with Age UK.

In England’s first UNESCO City of Literature, Norfolk & Norwich Festival and the National Centre for Writing will once again present a world-class literature programme, including the City of Literature Weekend, taking place over three full days. Highlights include everything from Man Booker Prize judge Lila Azam Zanganeh and nominee Sarah Hall talking sex, death and everything in between to beautiful poetry from activist and Brazilian poet Adelaide Ivanova. From Kerry Hudson on what it means to be born into poverty in the UK to ‘Cambridge University’s Top Troll’ Priyamvada Gopal on empire and alternative history. Sarah Perry will give this year’s Harriet Martineau Lecture, Baileys and Goldsmiths prize-winner Ali Smith will discuss her latest novel Spring and the Festival will also celebrate 20 years of Salt publishing, one of the UK’s foremost publishers based in Cromer.

The Festival will once again present a series of free and ticketed events around the streets of Norwich and beyond, beginning it’s 2019 programme with a once-in-a-lifetime experience – a daring high-wire walk spanning the breadth of Norwich city centre accompanied by a live soundscape – The Journey. Following Festival Launch other outdoor events around the county include: Ray Lee’s sonic spheres in Congregation, taking audiences on a magical mystery tour of the city, guiding them by sounding their emotions depending on the direction they are being taken; Pleasure Garden, an environmental listening garden inspired by 17th century Dutch composer Jacob Van Eyck at Fellbrigg Hall; international sculptor Richard Wiesner’s latest project 28 showing the hymns of the 28 EU countries and posing questions about globalisation and migration; the UK premiere of Johannes Bellinkx’s Reverse, a unique walking tour of Norwich – backwards.

2019 will see the return of the all-ages, interactive, free Garden Party across the middle weekend of the Festival in Chapelfield Gardens with brand new dance, music, acrobatics, workshops and local food and drink. Highlights this year include six World Premiere productions, opportunities to scale the canopies of a metal jungle, unite the world with a barricade of baguettes, riotous dance shows and community casts.

Visual art at the Festival will explore the Norfolk landscape from city to coast through exhibitions across the county. The programme features titans of sculpture Henry Moore at Houghton Hall and Anthony Caro at Norwich University of the Arts’ East Gallery, the multi-faceted talents of contemporary exponents Ryan Gander with the first in a series of one-twelfth-scale public works of art presented at Merrivale Model Village in Great Yarmouth and Joe Moran at Norwich Castle Museum & Art Gallery where he presents a choreographed piece amidst one of the Castle’s collections. Norwich-based artist Will Teather will create a series of radical artworks depicting some of Norwich’s most curious and memorable landmarks in a Festival commission. His panoramic spheres will be spread across the City’s cultural quarter with maps to locate them all.

Tickets are on sale to the public now via Box Office 01603 766 400, online nnfestival.org.uk or in person at Norwich Theatre Royal Box Office.

Concessions and Under 26s discounts available. Norfolk & Norwich is dedicated to making Festival events accessible for all. There are a variety of initiatives in place to enable as many people as possible to enjoy the work.

Steve Harley at The Apex

Feeling Good With The Doctor… 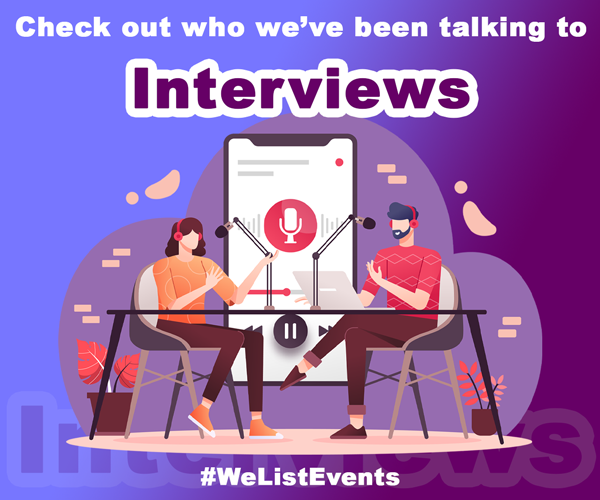 Eastern Angles: The Show Goes On

The Garage Norwich teams up with NR2 Foodbank this Christmas

Oh Yes It Is! Ipswich Regent Theatre gets behind Panto…