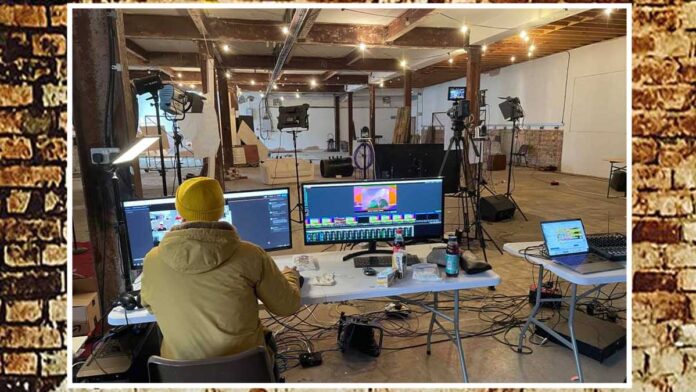 After six years, Norwich Fringe Festival is back and already it’s first day has received wide acclaim from across the world as audiences tuned in for the 8 different shows that were broadcast on Thursday, from film, mixed media, an interactive play, a radio play and improvisation. The evening was filled with comedy from stand up Meryl O’Rourke, Nelson Gombakomba and Eliott Simpson.

James Ducker, an audience member from Norwich commented: “I was howling aloud in my living room with Meryl O’Rourke! What a fantastic line up so far I can’t wait for the other 3 days. Loving this.”

Kyan, an audience member from the United States of America said: “Here I am across in the US enjoying the top of British talent live and online to me here. I’ve been hooked on every show so far. Well done everyone!”

We’re all very pleased with our first day. The whole team have worked so hard and we are all very grateful to everyone involved. Now – more than ever – the creative industry must pull together and connect with one another and with audiences. I’m thankful to everyone who has been part of this so far and we’ve still another few terrific days ahead.

Sunday night features Not The End, a showcase of 4 new plays in development. Free listings are also available on the festival website.

Norwich Fringe Festival 2021 runs to Sunday 21st March with a varied programme of shows and projects form theatre to comedy, art and music, all streamed via an online TV channel.

The four-day Fringe Festival is streaming 4pm to 10pm each day that can be accessed by purchasing day tickets, sold on a pay-what-you-can approach ranging from £4, £6 and £9. All box office income will be distributed between the shows and acts of the festivals. Shows will be broadcast live from a pop-up TV studio, live from performer’s homes or pre-recorded.

The full programme and tickets are available at www.norwichfringe.org.uk, with regular updates and special features via a mailing list and on the social medias of Norwich Fringe, @hinorwichfringe and @norwichfringe on Facebook.

Theatre Launches Call Out for Playwrights, Producers and Directors Programmes