Rock for Heroes is an incredible live Rock concert theatre show that raises funds in support of the charity Help for Heroes. The band performs every legendary rock anthem, from AC/DA to Bowie and it’s certainly a show with plenty of heart, to say the least. Ahead of their performance at the Mercury Theatre and the Harlow Playhouse, I was lucky enough to take a peek behind the curtain and chat with the superhero who runs it all… Phil Hawkins. 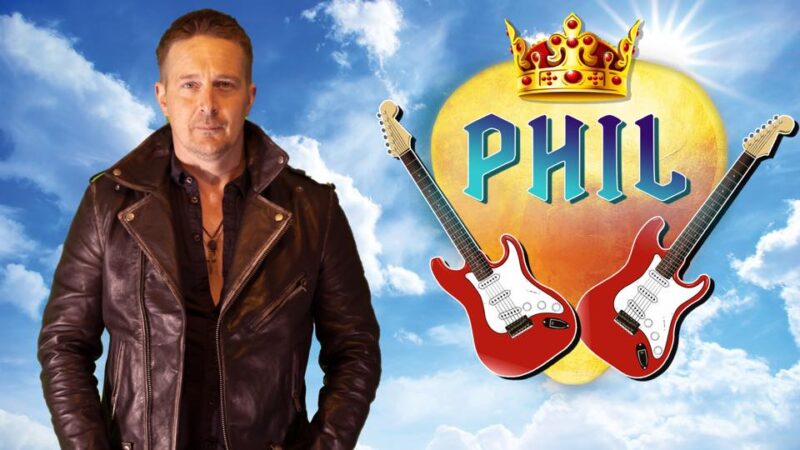 JM: Hello Phil, lovely to meet you! Can you tell us a bit about your background in music and how you got into Rock for Heroes?

PH: When I was 15 I was with a band where we went on tour and had a little bite of the fame apple. I sold some songs and then when that went a little pear-shaped, I went into musical theatre. I’m now really old, but I’ve been doing music my whole life. Which lead me to create Toal Productions, the company that runs the show.

My family are military and I always thought I’d end up doing that too, but then I found girls and music. So I went in a very different direction. Rock for Heroes has been going on for about three years now and it’s my way of giving back, really. We’re linked with Help for Heroes, we have a charity number with them and we have raised tens and thousands of pounds and I now have an aim of £2.5 million.

JM: That’s incredible! Obviously, this past year has been tough on charities especially, how important is it that we continue to support ones like Help for Heroes?

PH: It’s very poignant right now. We’ve just pulled all of our troops out of what has been a ten-year conflict and you now have lots of people coming home whose lives have been permanently affected by this conflict. Help for Heroes is always here for these incredible men and women and their families. It’s so important.

We need those people in our lives because they’re the ones that help us sleep safely in our beds at night. We live in a very strange world where, when these soldiers are pulled from the conflict, we ask them to return to normality, no questions asked. How do you do that? How do you return to normality after everything you’ve faced?

Help for Heroes, like many other charities, obviously took a huge knock in the last year. Some of their rehabilitation centres were forced to close, which is just awful. Having visited all those rehabilitation centres, with the rest of the cast, I can safely say, without meaning to be crass, it’s life-changing. When you’re sitting there talking to a 33-year-old man who has lost the lower part of his body in active service and he’s holding his hand up to me and thanking me for what I’m doing… you almost feel foolish. He’s thanking me for singing songs and making people laugh when, in reality, he’s given everything.

JM: That must be a surreal experience for sure… What has the support been like?

I don’t want people to come, put money in a bucket, and just leave. I want people to know that there’s a genuine want and need for what we’re doing and there is a bigger purpose than just getting tickets sold.

There’s a crazy amount of work that goes into putting this show on, 11 people on the road, who are all giving their time and aren’t getting what they’d typically be getting. Some people have questioned donating because they don’t know where the money goes, which is incredibly sad, the money that gets put into the buckets, remains in the buckets until they are collected… which is a shame because I’d love to go to the Maldives!

JM: Me too! Can you tell us a bit about why you selected rock music specifically?

PH: I love rock music, it’s my background, and generic classic rock will always stand the test of time. It’s an interesting story really. When I first started the show, I called it the Live Aid Experience after one of the most incredible charity concerts of all time. We did a few shows, not officially linked with the charity at the time, and then I got a Cease and Desist by a really credible music lawyer who had been brought in by Band-Aid to stop us. At that stage, I was just a guy, running a band, out in his shed. So I contacted them and changed the name. I was thinking about Help for Heroes and it just hit me and became really obvious in hindsight, and then we became linked with the charity.

JM: A bit more dramatic than I was expecting!

PH: You should’ve seen it. When I first started Total Productions, I started it on my laptop, and it was a huge risk for me at the time, and then I got this huge threat and I was like: ‘hold on, all I can afford is a Costa Coffee!’. It was a learning curve for sure.

JM: I can imagine! What have you all been doing in lockdown?

PH: How long are you planning for the article to be… there are at least 25 pages worth! Long story short, the pandemic was announced and, at that time, I had 386 shows in the diary for that year, which all got cancelled. I lost immediately over £360,000. At the time, I thought I had no other choice but to close the company for good. But I never quit anything so I spoke to my wife to use our savings to keep the company afloat and to be totally honest with you, I bled it dry… completely.

I decided to create Rock for Heroes TV where we would go live on Facebook every night of the week with one of our cast members for half an hour. They’d do quizzes or sing songs, all sorts. This silly little idea ended up with hundreds of people tuning in all over the world. They now have a Facebook page called ‘Rock the Heroes Family’. We also did a 24-hour live stream where we raised over £5,000 for the NHS.

We had this one live show recently where 16 people turned up in Rock for Heroes shirts they had made themselves, they were strangers who had come together to attend this show that they’d discovered through our Facebook page. That was such a lovely thing. I’m very proud of that.

I also took on a role in the police force, which has always been an ambition of mine, alongside the music!

JM: As you should be! Obviously you’re coming to the Mercury Theatre and The Harlow Playhouse soon, how does it feel to be back performing again?

PH: I always say, for me, I am at home when I am on stage. I think it’s a privilege what we do. There are a million singers, but there are not a million people who can entertain people, so I consider it to be a trade. To be able to get back on stage and perform has been so emotional, I won’t lie.

It means the world to me. For us, it’s more than we get to do the show, it’s us getting our lives back, which we’re chomping at the bit for. There’s no way to describe it, it’s probably meant more to me than ever because it’s all or nothing.

JM: You’ve obviously built quite a following, what would you like to say to everyone that’s attended one of your shows or has continued to support you?

PH: It’s a funny thing because you walk forward and you put some money in the bucket and then you go home and go back to your daily routine. Those people will never understand what that donation means to others and the impact they’ve had. I spoke to a wonderful man once who was an ex-submariner, a lovely guy. Big, burly dude. He read us a couple of his poems, the first one was quite entertaining and then he goes on and he starts welling up and you could see the pain in his eyes but you will never understand his pain.

You’re listening to the words he’s saying, where he’s talking about being in a sinking submarine and he managed to get out and came up to a sea of fire where they’d been an oil spillage and all while he’s doing this, he’s moving the bodies of his comrades out of the way. Some of his other friends were burning to death and grabbing at him, almost drowning him in a panic. He had to push them away to survive, his comrades, the people he’d been living with. The people he was close to. He said ‘it’s something I don’t talk about’. None of us will understand it. All I know is that every donation in the bucket helps people like him a little bit more.

The way I’d put it is: it’s a five-pound donation for you, it’s a life of living with demons to them.

I’d just like to thank the team at Grapevine for covering our story- it means so much to us that you’re helping us out, so thank you and Mercury Theatre- we’ll see you soon!

JM: Thanks so much Phil, it’s been lovely chatting with you!

To book your seat and see Rock for Heroes incredible show, simply head to https://www.totalproductions.co.uk/rock-for-heroes and to keep up to date with everything Phil and the team get up to, be sure to give them a like and follow on their social media under @RockForHeroes and support a good cause by donating whatever you can. 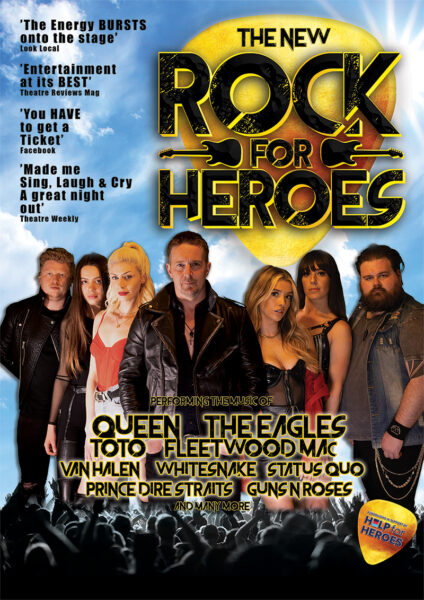