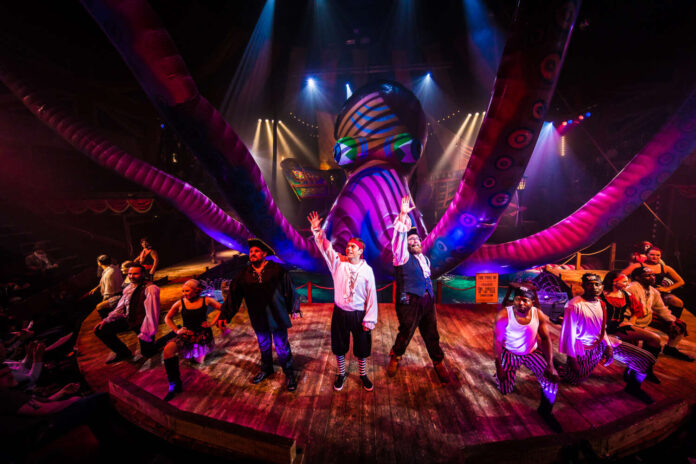 The Hippodrome Great Yarmouth is planning a special limited run of its popular Pirates Live show over the May Spring Bank Holiday, May 28th to June 13th. This will be the first time the legendary circus building has been able to open since closure due to covid restrictions on Christmas eve.

Their award-winning show Pirates Live usually runs over the easter holidays, but live performances had to be cancelled this year. This inspired the Jay family to create a special online film version of the show, which was streamed during the Easter school holidays.

Producer and Director Jack Jay explains how its success led to them wanting to open for a special limited run of live shows.  “The response to the online stream was absolutely amazing, people really enjoyed being able to once again see our famous pirates show, but so many people reached out to express how much they desperately miss seeing it live. So, we thought why not do a short run over the May Spring Bank Holiday and give people that chance.”

The Pirate show will be performed to a socially distanced audience, with half of the building being consumed by the immersive pirates theming and set, including 40-foot pirate galleon.

“Make no mistake this will be a tough thing to do financially, especially as we are completely self-funded. But we really want to deliver live shows to our amazing audiences whenever and however we can. If you are lucky enough to grab some of the limited seats, you’ll be in for a real treat.”

The show itself will see Captain Jack Hawkseye and Pirate Johnny played by family favourites Jack Jay and Johnny Mac attempt to defend the port of Great Yarmouth and its treasure against a band of invading buccaneers led by Captain Blackeye (actor James Franklin).  Jack and Johnny will also be joined by an amazing array of swashbuckling circus performers, dancing port dwellers and mysterious mermaids emerging from the historic Hippodrome water spectacular.

The show will only have limited seating of around 250 capacity, with daily performances commencing May 28th.  Booking in advance will be absolutely essential as many performances are expected to sell out fast.

For Covid safety & social distancing reasons, Pirates Live bookings can only be made over the phone through the TICKET HOTLINE 01493 738877.   Open Mon-Fri 11am-4pm

tickets for this show are on sale now at hippodromecircus.co.uk or through the TICKET HOTLINE 01493 738 877.

Eastern Angles are Back with a New Show for Summer!