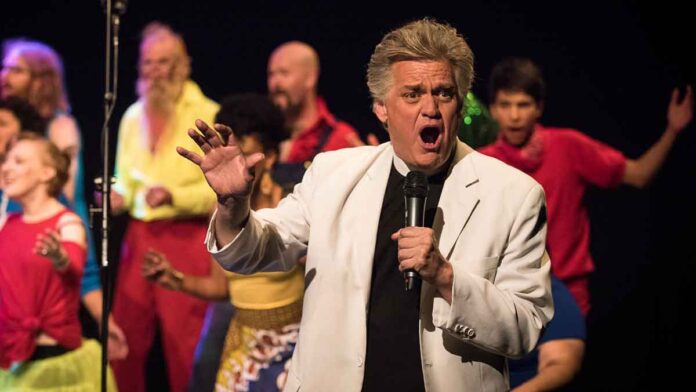 The charismatic and colourful New York-based singers, performers and climate change activists Reverend Billy & the Stop Shopping Choir held their UK Earth Riot Tour opening night at Colchester Arts Centre, before they embark on a whistle-stop tour before arriving in Glasgow for the final two days of the COP26 climate conference on 11th and 12th November.

The Arts Centre was full and the audience were filled with anticipation for what the evening would hold. The choir began with a couple of short a cappella songs from two different corners of the venue, and both very different styles: Spanish/Latino theme and a blusey melancholic style. A good start, their voices and harmonies are decent.

We then had an ‘assembly’ where we were taught some crowd ‘sign language’ to give us some tools for adding to the conversation. Simple gestures for ‘Yes’, ‘No’ etc. We also learnt about ‘the people’s mic’ which was very good and obviously useful. Then we learnt a song, line by line, and we dutifully repeated.

With a bit more of the assembly, it was clear this was an exercise to warm us all up and get us inspired for the show. Yes, we were repeating ‘Amen’.

The main show commenced and that’s when things got a little murky. Rev Billy used storytelling to get his point home, however I found it a little hard to follow. The twenty strong choir joined in at many points in the show and whether it was all the voices, or their different group parts, or solos, or chanting, they were good and their voices and harmonies blended well. The woman in yellow had the most beautiful voice.

The original songs were creative, with an almost Gospel style, and they did have a message. Here are some of the lines I managed to capture:

Rev Billy spoke about the roots of the trees and the Earth’s gossip and how there are messages in the storms and the viruses of the world – which, yes this can be interpreted as true. He is making a few valid points and claiming that we are already in the sixth extinction phase, however the delivery is certainly unique. It had the US Evangelical look and feel to it, which the choir were engaging with, yet I think it missed the mark.

Before you ask, the CO2 emissions created by the tour have been carefully calculated and by working with specialists under Julie’s Bicycle guidelines the tour will achieve carbon neutral status. 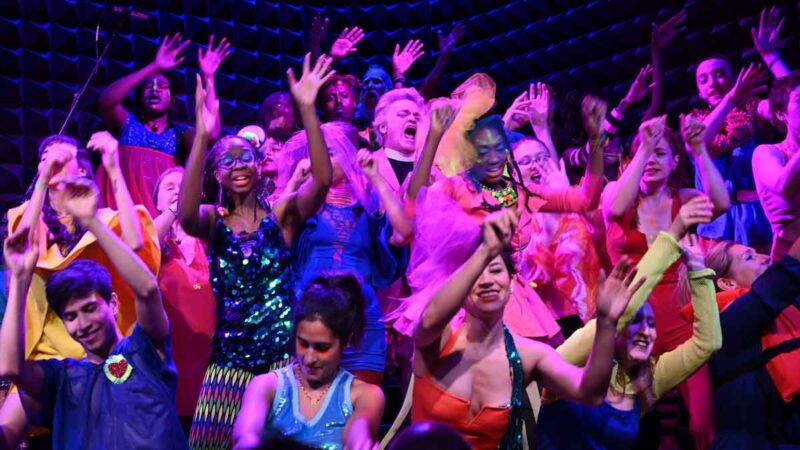