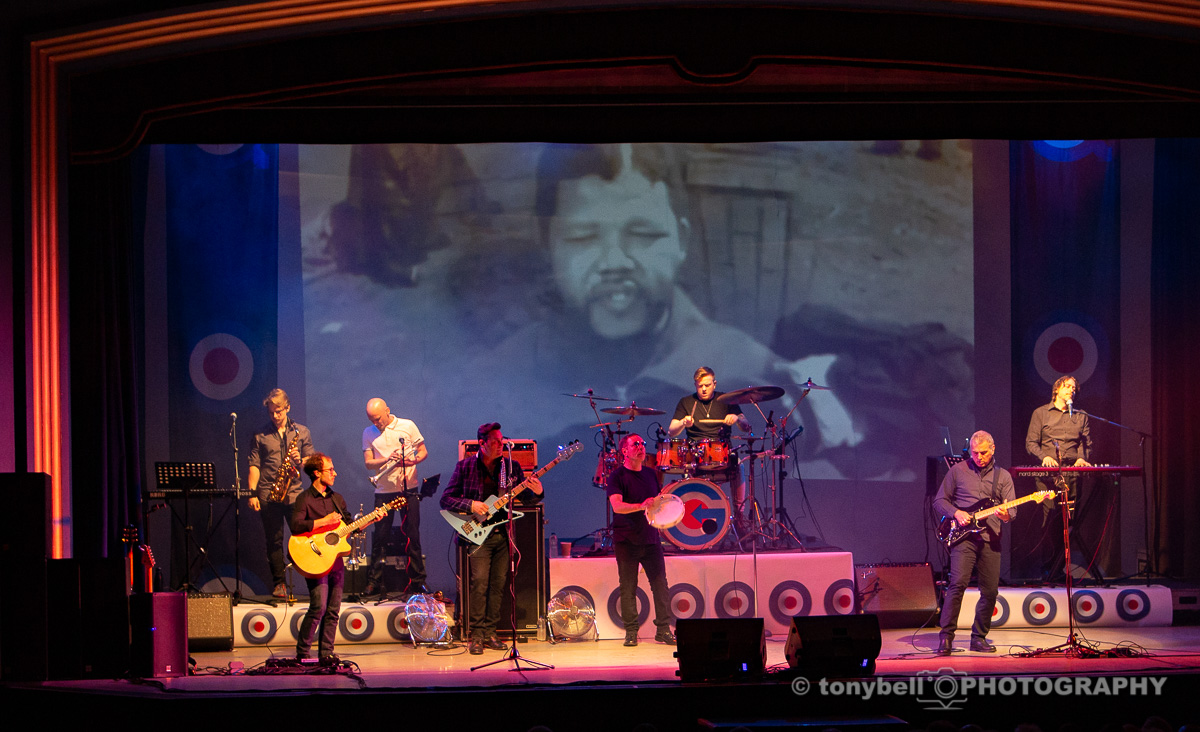 Were an orchestra to grace the stage and perform La Traviata you would not call them a Verdi tribute band. Likewise, you should not consider The Goldhawks a tribute band, for they are a group of eight fine musicians playing the work of Pete Townsend’s Quadrophenia with passion.

Written in 1973 at a time of turmoil within The Who, Townsends’s work tells the story of teenage angst, unemployment, lack of purpose and self-worth – a cheerful libretto but a timeless one none the less.  Although The Who cannot claim to have invented rock-opera, both Quadrophenia and Tommy (their first) have stood the test of time.

Ironically The Who’s four piece line up did not lend itself well to performing Quadrophenia live. There were technical difficulties playing the backing tracks used to re-create the album sound, and Daltry resisted the use of a live piano player on stage.  Their tour lasted just five months – but all that now is just history.

Fast forward to the Spa Pavilion – eight musicians, two-piece brass section, multiple keyboards, two lead guitars – and little in the way of creative tensions, one assumes!  The opening Waves, appropriate as the North Sea lapped the shore outside mere yards from the theatre, gently building to the wall of sound that the appreciative audience had come to hear.   True to the rock-opera genre which is not scripted for acting, unlike classical opera, The Goldhawks “don’t do much talking” – they let the music do that.

Back projection provided visual flashbacks to a time when the “Wild Ones” sparked moral panic about the state of British youth as they battled in seaside towns.  Felixstowe was not one of those to see any conflict but the same cannot be said of Clacton forty miles south.

In the audience were fishtail parkas complete with mod targets and sewn on patches and a lot of Who fans of a certain age.  However, there were also youngsters there to experience The Who’s music live, perhaps for the first time.

A standing ovation from true Who fans was a fitting testament to the band’s performance.  But what do you do when you leave the stage after performing a concept album from start to finish? I mean, technically, there’s isn’t an encore included.  But the fans wanted more and The Golkhawks had an ace up their sleeves producing excellent renditions of “Who Are You?” and “Baba O’Reilly”.  By this time the audience were dancing in the aisles.

If you are an ardent Who fan and want to listen to their music live, The Goldhawks perform with passion and joy.  If you are too young to have seen them first time around, this show is a fine example of the music of The Who.

The Famous Four and a Half Go Wild in Thetford Forest