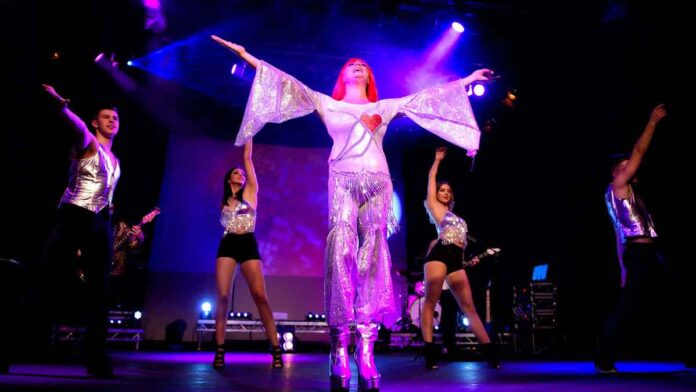 This time, 50 years ago, American songstress Cher, who was to become one of the world’s top-selling female recording artists of all time, was still without a number one hit single.

This was all to change on September 1, 1971, when she released the song Gipsys, Tramps and Thieves. The single topped America’s Billboard Charts and kickstarted a career that saw Cher sell an incredible 100 million records worldwide, topping the charts worldwide with a succession of million sellers.

“We delve back to the “Dark Lady” days,” she says, “and continue on to Cher’s rocking Eighties perm era, and then on to the celebration disco hits.”

Strong Enough promises to bring, altogether, 25 solid-gold songs to the stage with pizzazz and panache.

“We capture the hits as they would have been performed live on stage during Cher’s heyday,” says Kerry.

“We cram five decades of superstardom into one evening of non-stop entertainment.”

The Strong Enough concert show revives all of Cher’s biggest hits including: Turn Back Time, I Found Someone, Believe, Gypsys Tramps and Thieves, Bang Bang (You Shot Me Down), One by One, Love and Understanding, Just Like Jesse James, All or Nothing, The Music’s No Good Without You, Cher’s modern Abba remixes and, of course, Strong Enough.

With a full live band and dancers – featuring “enough costume changes to cause a sequins shortage” according to Kerry – theatregoers are promised “an unforgettable evening featuring the passion, the flair and the glitter of Cher live in concert”.

“It’s a must-see, not only for avid fans of Academy, Grammy, Emmy and Golden-Globe winner Cher, but for music lovers wanting a night out of non-stop hits,” Kerry says.