‘talk about the weather’ Tour to Open in Cambridge 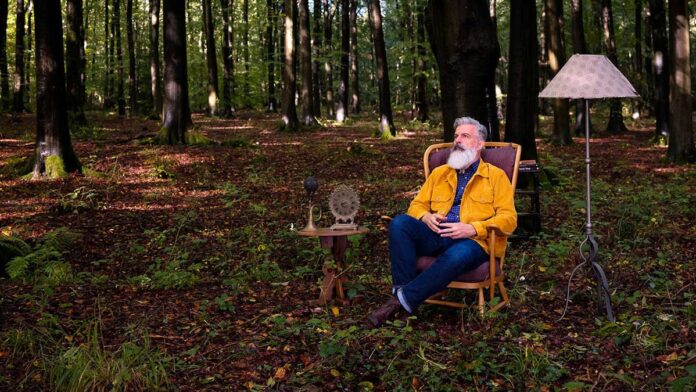 Singer-songwriters Serious Child and Andy Ruddy are taking their collaborative album talk about the weather on tour across England and Scotland this autumn, playing Cambridge on Wednesday, 1 September.

Serious Child – West Sussex roots musician Alan Young – and contemporary Bradford singer songwriter Andy Ruddy met one another through music and despite their 24-year age gap, were compelled to join forces to create an album, which has a rich, rootsy sound and is set for release on Friday, 3 September.

The pair, who explore topics that bring generations together in their new album, will be performing at The Portland Arms this September as part of the talk about the weather tour.

Support for the show comes from award-winning singer-songwriter Kirsty McGee, a well-known artist in the UK folk scene who has a voice that has been described as “having the texture of smoke and velvet”.

Alan gave up a career in IT to pursue music two years ago while his younger counterpart Andy works for Give A Song charity, performing to vulnerable people in lockdown. The pair describe their album as “the Beatles meets Simon & Garfunkel meets Scissor Sisters meets Bon Iver meets Mumford & Sons meets Serious Child meets Andy Ruddy”.

Fans can expect a warm acoustic sound, based around piano, acoustic guitar and vocal harmonies with occasional ukulele, flute, dulcitone and harmonium.

Serious Child said: “We can’t wait to get on the road together and start doing live shows. We hope we can bring some humour and joy to Cambridge audiences, especially since a lot of people have been stuck in the house for so long. The album is all about what brings different generations together and we’re looking forward to performing for people of all ages.”

The album has a fun and positive outlook and explores an eclectic range of topics such as rejecting celebrity-obsessed culture, working as a creative, catfishing, and how people of all ages avoid talking about their feelings.

Andy Ruddy said: “This is a really fun collection of songs. I think we’ve written an album that can appeal to people across our respective generations. It will be quite a unique experience showcasing this particular album to live audiences. It’s also a privilege to return to gigging – hopefully we can bring some much-deserved enjoyment and entertainment to people at The Portland Arms on the Talk About The Weather tour. ”

The September tour takes in 11 towns and cities in September  including Cambridge, Bradford, London, Glasgow, Inverness, Newcastle and Petworth.