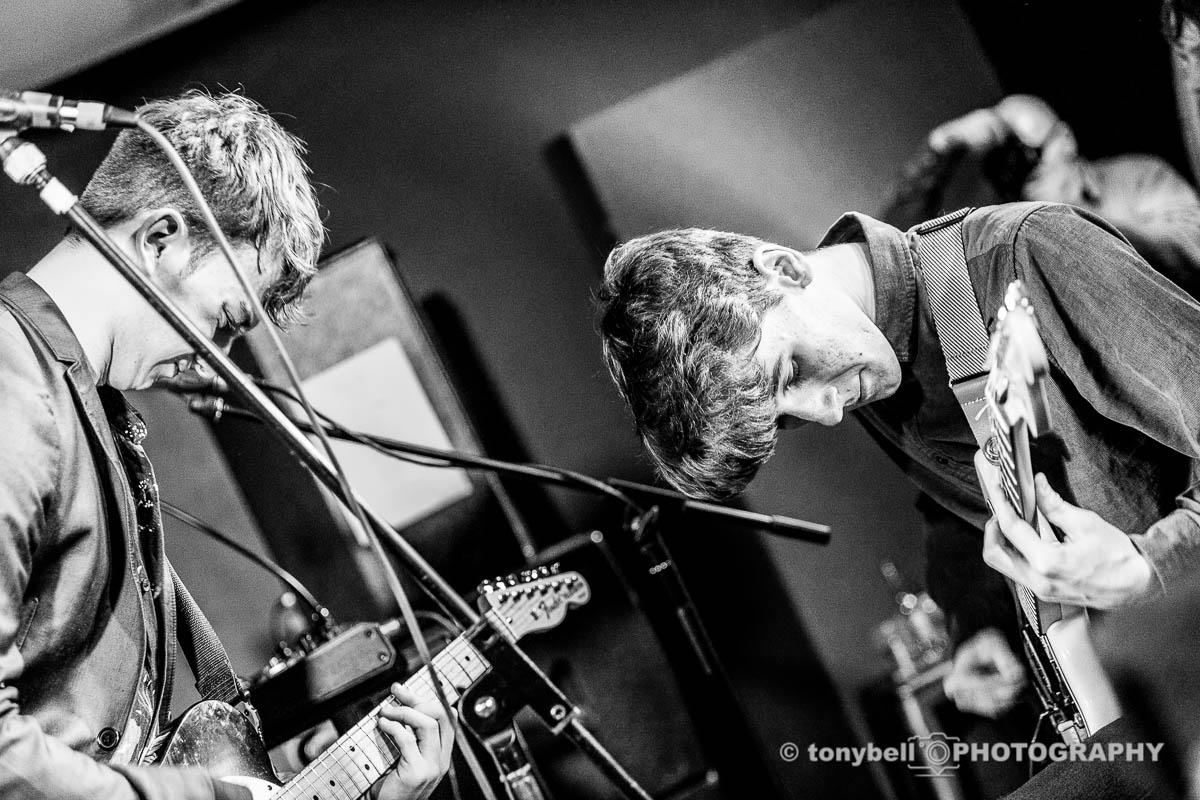 Hayley Clapperton talks to Dylan Steed, guitarist with The 55, a five-piece teenage band with a sound of their own. They have a liking for BBQ sauce and a priority to enjoy themselves while performing even though no-one has a party trick – they do have a trumpet!

HC: Who does what in the band?

HC: Tell us how you got together and decided to start a band:

DS: Louis and Izaak are cousins and started playing music together at a young age. After playing Valerie by Amy Winehouse at a school gig, the original guitarist left the band and I was asked to join. We then picked Eddie to join the group because he was top of the list (physically). We were playing covers at the time, and decided we were in need of some trumpet, so asked Isaac if he wanted to play some gigs with us.

HC: Anyone in your families’ musical?

DS: Yeah, all of our families have some sort of musical background.

HC: How would you describe your style?

HC: Were you apprehensive adding in a trumpet into the band?

DS: When Isaac first joined, we weren’t writing original stuff, so the trumpet only played riffs that that the guitar would’ve played (Louis wasn’t playing guitar with us at that point). Once we started writing, we were a bit apprehensive not to have trumpet overplay, so the synth was added, but Isaac has a pull…

HC: What challenges do you face being under 18?

DS: We are still pretty reliant on lifts to gigs and practice.

HC: What ambitions do you all have within the music industry?

DS: One day it would be nice for it to become more than a hobby. We’d love a play on BBC radio too.

HC: If that doesn’t work out, what are your back-up plans?

DS: Izie has no other plans – he’s balls-deep, all in. Lou thinks he’ll will end up on the streets if music fails. Runs in the family I guess. The rest of us will probably end up in something in the music industry anyway, but probably on the other side of the stage.

HC: Have you played any festivals/out door gigs? What are they like for you all?

DS: Yeah we’ve done a couple of outdoor, local festivals and they were pretty good fun, so definitely more of those to come.

HC: How did you come up with the band name and what others were on the short-list?

DS: We floated around with a few names before getting to The 55 (in order: X1, Shedheads, Paper Balloons then The 55). We did a gig to raise some money for the new school music block and ended up raising £55.55 and so it had to happen.

HC: What made you chose your current instruments?

DS: Izie couldn’t be bothered to learn piano so he picked up drums instead because it was easier and more fun. Eddie took up bass because his dad had one and refused to learn guitar because it’s whack. Isaac chose Trumpet because he was too small to play French horn. Lou started to sing and play guitar because his mum is a singing teacher and guitar looks cool. I started guitar because music was too hard to read, and guitar tab was far easier for a simple mind like mine.

HC: Anyone have a party trick?

DS: Izie can rap all of Rapper’s Delight and Lou can sit with couples at parties and make them uncomfortable.

HC: If you could choose any singer/musician to join the band for one gig, who would it be?

HC: What’s the biggest challenge as a band you’ve had to overcome so far?

DS: Communicating when Izie and Lou hated each other’s guts.

HC: How do you fit a giraffe in a fridge?

DS: Get a big fridge, or a small giraffe. Or you could mate with the giraffe to make a small human-giraffe and put that in the fridge. Eddie says you could slice it’s neck up like how they make sushi. We worry about that kid!

HC: If you could only eat one thing for a whole week, what would you choose?

HC: Who are your favourite musicians?

HC: How often and for how long do you practice?

DS: Once every few weeks for around 4 or 5 hours with plenty of hydration breaks.

DS: Eddie is too cool for this question.

HC: When is your next gig/release? What can we promote/highlight?

DS: Honestly at this point, we don’t know. We have some tracks on Amazon. We always have updates on our website and Facebook: