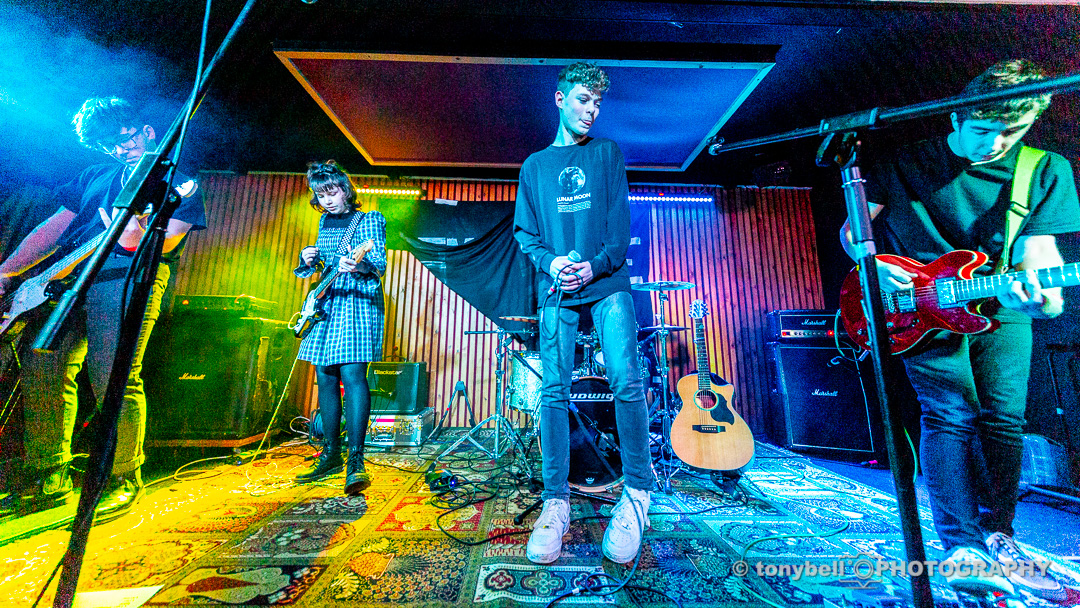 The competition comprises of five heats with the winners of each heat taking part in the grand final at The Apex on Friday 20th March.

The first to progress to that final were The Daze. Punk rock reinvented. A young band with an awkwardness about them that makes you feel slightly uncomfortable but it suited their punk rawness. These guys were full of high energy angst with real rebelliousness. A disruptive energy filled the room which you couldn’t take your eyes off. Their sound was fantastic and I liked the way the singers took it in turns to lead a song, it really worked and Flo added a uniqueness. It was like seeing something special for the first time.

The other contestants competing on Friday were:

Name Loading: A well-presented electronic act. Laptop and mixing desk on stage is not something you’d expect from a band competition; however, it shows the openness and variety of this competition and after all it is music that was being created. A good set for a party and he had the crowd jumping from the off, no mean achievement for an opening act.

Abigail Laker: A true lyricist! Abigail’s lyrics tells a story from start to finish and opens herself up by exposing her raw emotions through her songs. There is a lovely tone to her guitar and she plays it properly, no strumming chords endlessly, her guitar playing is telling the story too. Abigail’s voice had a nice lilt and the intonation of her lyrics drew you into her folky pop style that really had versatility.

Theory of Tomorrow: Experienced heavy rockers who can play classic head banging tracks. Talented musicians who had a large stage presence. Some powerful rock tracks with amazing guitar riffs from a band obviously having a great time – a request from the audience to play Wonderwall was met with… a metal band playing Wonderwall!!

The organisers of BurySOUND are to be commended for their time and effort in finding new talent and giving them a stage to air their talent through this competition.

The next heat takes place at The Hunter Club on Friday 14th February where five new performers will take part in their attempt to secure the second slot at the Grand Final.

Hayley is a business co-owner working too many hours so it's a good job she's passionate about it. Hayley's down time is music, music and music of all types and she enjoys going to gigs, listening to new bands and breathing in the energy it creates.

Aces High as The Jive Aces visit The Apex

We Will Be Back

First 2020 Gig For Folk Rock Band on the Waterfront