The Picture of Dorian Gray 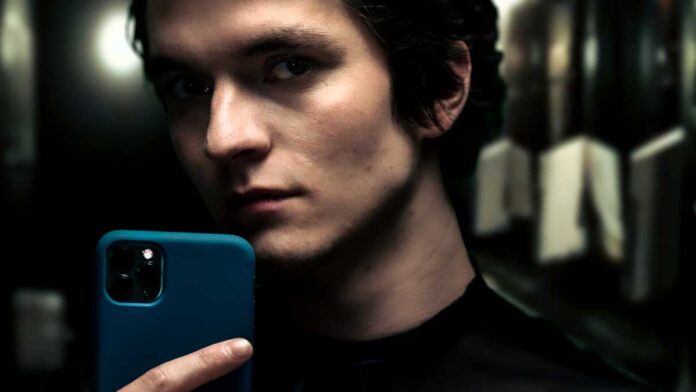 Following the success of the critically-acclaimed production of What a Carve Up! last year [read our review HERE], the creative team have knocked their heads together once more. This time, bringing us a very modern re-imagining of Oscar Wilde’s The Picture of Dorian Gray – but I would suggest you throw everything you think you know about this beloved classic out of the window.

This contemporary take shows Dorian Gray leading his life as an influencer. Watch him enter into a world of Instagram, Facebook, dating apps and vlogging, and beset in a profile pic-obsessed, filter-fixated world where the lines between life virtually and online blur. May this social star never fade…

The production is co-produced by our very own the New Wolsey Theatre alongside the Barn Theatre, Lawrence Batley Theatre, Oxford Playhouse and Theatr Clwyd. This adaptation has been written by Henry Filloux-Bennett, with direction by Tamara Harvey, set and costume design by Holly Pigott, assistant direction by Eleri Jones, Benjamin Collins as director of photography, sound design and original music by Harry Smith and original song by Jared Zeus.

The show and its concept have been well thought-out. The camerawork is sharp, artistic and immersive. The effects of portraying the ‘life online’ aspect is very clever, I love the use of social media and the modernisation – it shows its power, both pros and cons and how it can come to impact our day-to-day. As to how close it is to the original story or compares to other adaptations, I can’t answer that as I regret to inform that it’s not a piece I am overly familiar with, but from my understanding it’s quite a leap away from other takes. Therefore, as a stand-alone piece, it is very unique and interesting. It’s almost a look at the human form, from different personalities and mind sets. We watch a young man face a mental health decline, and corruption and murderous depravity starts to creep into his world. The true and horrific cost of his deal for his social star to never fade is soon to be met.

Fionn Whitehead nails the eccentric character of Dorian Gray, spanning every emotion in the hour and a half show. Emma McDonald is sweet and sincere as Sibyl Vane, Alfred Enoch starred in What A Carve Up! last year and it was great to see him on screen again as he’s both funny and charming. Joanna Lumley is in a very stereotypical role but she remains as witty and iconic as ever. Russell Tovey and Stephen Fry are equally brilliant in their supporting roles.

Overall, this is a unique digital experience and exciting collaboration of regions across the UK coming together to create a piece of theatre. The cast are excellent, and the creatives have worked hard to make it a success. If you’re missing live theatre, this is a great film that will give you that immersive story-telling feeling – an experience we really need to hold onto.

The Picture of Dorian Gray runs online until Wednesday th 31st March. For more information or to book visit pictureofdoriangray.com.

Note: Your tickets will activate at their purchased “performance time” and then expire after 48 hours. You can watch the production as many times as you wish within the allocated 48-hour window.

The production is 16+. Content warning: includes extremely strong language, and references to suicide and mental illness that some viewers may find upsetting. If you have been affected by any of the issues click here for information on organisations that may be able to offer additional support.

Join in the conversation online with the hashtag #PictureOfDorianGray and tag social media accounts @PictureDorian.

Jon Courtenay: ‘The Funniest Show With A Piano’