The Woman in Black Heads to Cambridge 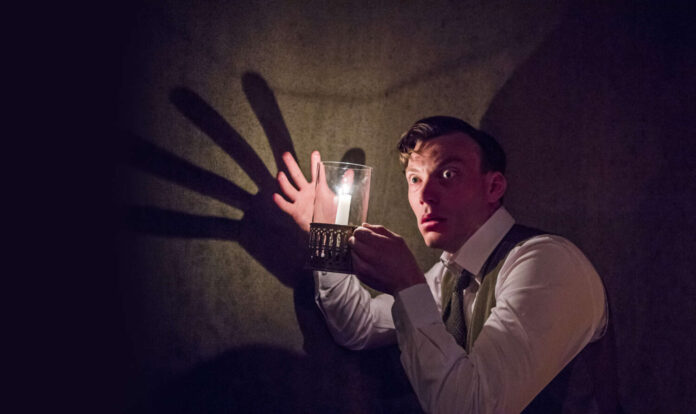 The Woman in Black, heralded as the most terrifying live theatre experience of all time, returns to Cambridge as part of Cambridge Arts Theatre’s 2021 Reopening season.

Stephen Mallatratt’s adaptation of Susan Hill’s best-selling novel tells the story of a lawyer obsessed with a curse that he believes has been cast over his family by the spectre of a ‘Woman in Black’. He engages a young actor to help him tell his story and exorcise the fear that grips his soul. It begins innocently enough, but as they delve further into his darkest memories the borders between make-believe and reality begin to blur and the flesh begins to creep.

‘A Masterpiece’ – THE GUARDIAN

The Woman in Black was adapted into a stage play and first performed at Scarborough’s Stephen Joseph Theatre in 1987. The production then opened in West End’s Fortune Theatre in 1989 and continues to this day, becoming the second longest running non-musical in the West End’s history. In June 2019 The Woman in Black celebrated its 30th Anniversary in London’s West End with a special gala performance.

Susan Hill is an English author, whose most popular gothic novels include The Woman in Black, The Mist in the Mirror and I’m the King of the Castle. The Woman in Black was first published in 1983 and has subsequently been adapted into a 1989 television film and into a film adaptation in 2012 starring Daniel Radcliffe (Harry Potter).