Wild Geese Theatre Company, a theatre company that specialises in creating immersive, exciting and enriching theatre for children around the world, will soon embark on its inaugural summer tour of its flagship show – Boudica.

Written by Olivia Hirst and directed by Andrew Baker, Boudica will tour to exciting locations in London and the South East from 24th July-7th August this year. This includes a visit to Cambridge Junction on Sunday, 1 August.

The show tells the story of the eponymous Boudica, leader of the Iceni tribe, as she fights for the freedom of her people against the might of the Roman Empire. The show is aimed at children aged 7-11, but as a family show is suitable for all ages. The cast includes Emily Bairstow as Boudica, Charlie Noble as Governor Paulinus, Grace Cherry as Emperor Nero/Sylvie and Sam Rhodes as Roman soldier Cattus/ Trino.

Cherry and Rhodes will also be playing several other characters throughout the production, whilst the armies on both sides will be made up of the audience members themselves. The show has a running time of 1 hour 15 minutes and makes use of an ‘active storytelling’ approach – an approach that develops young people’s emotional intelligence and encourages them to put themselves in the position of the characters, to ask themselves how they would feel and what they would do in a given situation.

In this unique theatrical experience, the young audiences are the missing members of the theatre company and it is their input that enables the story to grow and develop. This begins before the show even starts when they are handed their unique ticket. The shows are very immersive and rely on audience contributions that range from literally playing characters within the show to learning chants and actions.

Accessibility and inclusivity is at the core of what Wild Geese do, and they aim to ensure access to all children, regardless of disability, background or education. To facilitate this all performances are relaxed. Throughout the show, audience members are asked to feedback on their thoughts and feelings; this informs the narrative and moves the play along, making them integral. The range of diverse journeys these characters go on require audiences to make choices that cultivate their empathy and reasoning skills. This constant interaction and seemingly non-existent fourth wall enable the young people to be mentally and physically involved every step of the way.

‘The last 12 months have been incredibly challenging for the entire theatre industry, and we have needed to adapt to the changing landscape of the industry in order to continue reaching as many audiences as possible’ says Lyle Fulton, Marketing Director of Wild Geese Theatre Company. ‘After a successful R&D period last year and with the incredible support of Arts Council England, we are excited to finally be able to head out on tour and perform to live audiences for the first time as a company. It is a show we are incredibly proud of, and we hope our young audiences enjoy being a part of the story as much as we will enjoy telling it!’

Boudica is the flagship production from Wild Geese Theatre Company and will run from 24th July-7th August this year. For more information on dates, timings, and locations of performances head to wildgeesetc.co.uk. The first date of the tour of BOUDICA is on Saturday, 24th July, at the Tramshed Family Arts Festival in Greenwich. 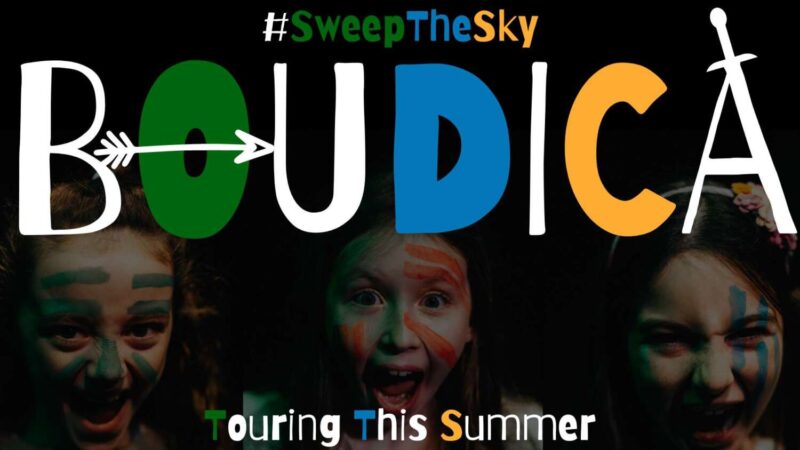