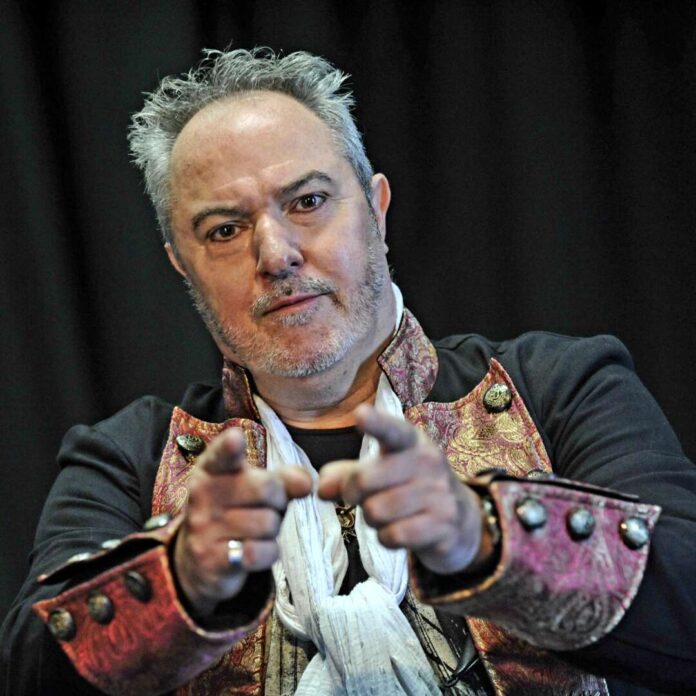 After the year we’ve all had, Theatre Royal is delighted to bring some light-hearted entertainment to its stage next week.

Following performances in Russia, USA, UK and most recently in 2020, Australia, Gavin Robertson focuses his attention on the Bond phenomenon in his latest physical cartoon style adventure – spoofing the characters adored by millions, and exploding every cliché in the book(s)… solo! Bond meets his greatest arch-villain yet – Ian Fleming himself, courtesy of a time-machine, and featuring the smallest car chase (n)ever seen!

“Robertson knows which clichés to capture – a real pleasure” – The Times

“Comedy at its best – funny, subtle and intelligent” – Broadway World

Bond is back… older but still wisecracking…

BOND! – An Unauthorised Parody is at the Theatre Royal Bury St Edmunds on Monday 7 June 7.30pm. Tickets are on sale now at www.theatreroyal.org.

On Tuesday 8 June at 7.30pm stand-up poet Greg Bryon takes to the stage.

Described by BBC Radio as; “Like watching John Cooper Clarke snog John Hegley while Pam Ayres watches” writer/performer of the original Spoken Word and host of the #StandUpPoet podcast on iTunes and Spotify Greg Byron has performed in theatres, bookshops, on beaches, under the stars, in tents, village halls, restaurants and bars in the UK, USA, Australia, New Zealand and Japan…

Greg delivers verses on life, the universe and everything (ish)… Verses inspired by modern day and social comment plus sporadic anecdotes, wit, and his unique 55-word stories performed with a twinkle, a laugh, and a wry pointy finger!

“A MUST SEE SHOW! There’s a power in the words and delivery… An excellent show for people who like their comedy to make them think” – FringeReview

“Byron is a masterful performer with a hypnotic delivery” – Reviews Hub