Unsung Heroes of the British Prog Movement due in Suffolk 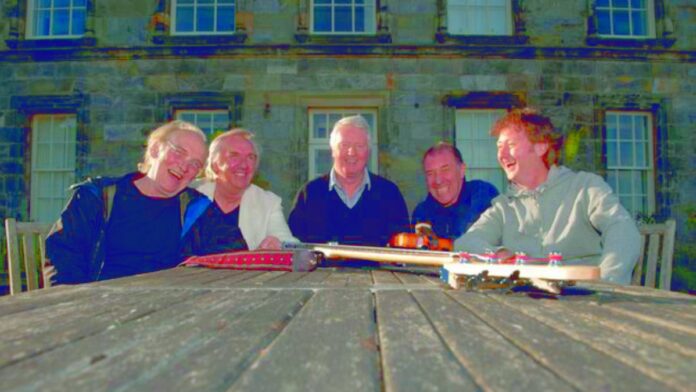 Caravan are considered by many to be the unsung heroes of the British Prog movement. Often quoted as being one of the most formidable acts to emerge from the ’60s progressive rock scene, over the years they have managed to achieve cult status and have maintained a passionate and diehard following.

Originally formed in Canterbury in 1968, Caravan’s debut album (entitled ‘Caravan’) was released late in 1968 and was played regularly on John Peel’s radio show. Despite an ever changing line up, Caravan were at the heart of the 1970s burgeoning Canterbury rock movement and produced their own brand of “superior pop music, full of taste, craftsmanship and hard work” (NME) and packed venues worldwide.

Things went quiet in the 1980s, however in 1990 Central TV were putting together a series of concerts to focus on bands from the 1970’s and the very first line up got back together to record a set. The most unlikely outcome was a gig held that September at Old Buckenham High School in Norfolk where six hundred and fifty people attended.

A new album, ‘The Battle of Hastings’ emerged in the Autumn of 1995, while 1997 saw a thousand fans at the London Astoria and a storming gig at the Park Hotel in Diss!

This October’s release, ‘It’s None Of Your Business’ is Caravan’s first album since Paradise Filter (2013). The album was recorded, as restrictions allowed, in the old-fashioned way, “sitting round in a circle having eye to eye contact,” Pye Hastings explained, “I much prefer this method because you can bounce ideas off each other as they occur, and voice encouragement when the whole thing begins to click.”

“And it is much more rewarding to be able to throw insults at each other in person rather than down a telephone line or via email. This is something we are all very experienced at, believe me!”

The album is influenced by the events and restrictions placed on society over the past eighteen months: “’Spare a Thought’ is a song that I hope will jog people to remember those unfortunate people caught up in the pandemic,” Hastings explains. “‘All those people who denied’ refers to the idiots who don’t follow the scientific advice. I get angry about that and the line ‘Sure are interesting times’ refers to an old Chinese saying: ‘may you live in interesting times’”

“Lyrics can sometimes be my Achilles Heel, trying to find anything meaningful to write about. But sitting in front of a blank screen with a pandemic raging all around, it was hard not to be influenced by the dreadful events going on. The lockdown certainly focused the mind when it came to writing the lyrics.”