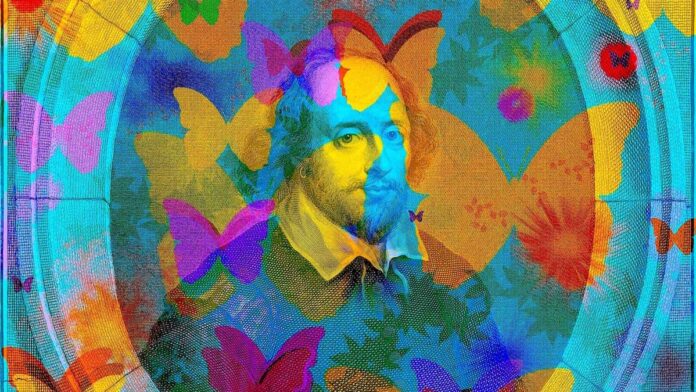 Jenny Caron Hall, Artistic Director of SHAKE Festival, today announces a rehearsed reading of William Shakespeare’s A Midsummer Night’s Dream. Following the success of previous livestreams, The Tempest, and Sonnets & Carols, the latest reading, directed by Caron Hall, will be streamed live for one night only on Wednesday 31 March at 7.30pm. Tickets available to buy here.

Artistic Director of SHAKE festival, Jenny Caron Hall, said today, “Expressed in beautiful language, this is an extraordinary play; romantic, magical, and very funny. I’m thrilled it’s being vividly brought to life in this online reading by such a brilliant cast.”

Rebecca Hall plays Titania/Hyppolita. Her theatre credits include Mrs. Warren’s Profession (Strand Theatre – Ian Charleson Award), Twelfth Night (National Theatre), The Fight for Barbara, Man and Superman, Galileo’s Daughter and Don Juan (Theatre Royal Bath), As You Like It (Brooklyn Academy of Music), A Winter’s Tale and The Cherry Orchard (The Bridge Project) and Machinal (American Airlines Theatre). Her television credits include Tales from the Loop, Parade’s End, Red Riding: The Year of Our Lord 1974, Einstein and Eddington, Joe’s Palace, Wide Sargasso Sea, Don’t Leave Me This Way and The Camomile Lawn; and for film, The Night House, A Rainy Day in New York, Holmes & Watson, Teen Spirit, Professor Marston and the Wonder Women, Permission, The Dinner, The BFG, Christine, The Gift, Tumbledown, Transcendence, A Promise, Closed Circuit, Iron Man 3, Lay the Favourite, The Awakening, A Bag of Hammers, Everything Must Go, The Town, Please Give, Dorian Gray, Frost/Nixon, Vicky Cristina Barcelona, The Prestige and Starter for 10. Hall is making her directorial debut with the feature film Passing which will première at Sundance later this month.

Luisa Omielan plays Bottom/Pyramus. She was the first comedian to be awarded the BAFTA Breakthrough Brit Award in 2018. Her stand up shows What Would Beyonce Do?! and Politics for Bitches were both aired on the BBC following critically acclaimed runs at the Edinburgh Festival Fringe and subsequent national tours. Her television appearances include Miranda, The John Bishop Show and Live at the Apollo.

Dan Stevens plays Oberon/Theseus. His theatre credits include Hangmen (John Golden Theatre), The Heiress (Walter Kerr Theatre), Arcadia (Duke of York’s Theatre), Every Good Boy Deserves Favour (National Theatre), The Vortex (Apollo Theatre), Hay Fever (Haymarket Theatre), The Romans in Britain (Sheffield Theatres), Much Ado About Nothing (Theatre Royal Bath) and As You Like It (Rose Theatre). His credits for television include as series regular Matthew Crawley in Downton Abbey, Kipo and the Age of Wonderbeasts, Legion, The Turn of the Screw, Sense & Sensibility, Maxwell and Dracula; and for film, Blithe Spirit, Eurovision Song Contest: The Story of Fire Saga, The Rental , The Call of the Wild, Lucy in the Sky, Apostle, Her Smell, The Man who Invented Christmas, Marshall, Kill Switch, Permission, Beauty and the Beast, Colossal, Norman, The Ticket, Criminal Activities, Night at the Museum: Secret of the Tomb, A Walk Among the Tombstones, The Cobbler, The Guest, The Fifth Estate, Summer in February, Vamps and Hilde.

A MIDSUMMER NIGHTS DREAM is on for one-night only on Wednesday 31st March 2021 at 7.30pm. For tickets visit ticketsource.co.uk/shake-festival-midsummer.

For more infomation visit shakefestival.com. You can also find them on social media at @shake_festival.

Theatre Launches Call Out for Playwrights, Producers and Directors Programmes