Washing Machine is excited to announce a surefire summer of fun with this ridiculous rota of indie/rock/pop/punk/metal radness at The Hunter Club in Bury St Edmunds Rock City, starting with incredibly fast-rising Essex punks THE MEFFS on Saturday 7th May!

Washing Machine has been promoting at The Hunter Club for exactly ten years this month, when better to announce good things.

Since exploding onto the East Anglian scene in 2019, THE MEFFS – comprising of Lily on vocals/guitar and Lewis on drums/backing vocals – have built up a reputation as purveyors of frantic punk anthems and an absolute must-see live sensation. After routinely selling out local and national shows, 2021 saw THE MEFFS invited to destroy London’s legendary Roundhouse at Frank Turner’s four-date Lost Evenings festival, alongside headliners HRH Punk.

Following their self-titled debut demo, which they recorded in a day, and received exposure on BBC 6Music, BBC Introducing, and Radio X, THE MEFFS released four singles, recorded by Billy Lunn of The Subways and at Black Cactus Studio. These received international airplay and spots on Spotify playlists.

Their new album, currently being recorded with Frank Turner, is due for release in 2022, alongside multiple festival appearances including Futurama, Rebellion and Boomtown, and a UK tour with punk legends Lagwagon.

Come and see them in a tiny venue while you can! Joining The Meffs are long-lost post-punk legends RATS AS BIG AS DOGS – with their first live show since 2015, the indescribable hardcore-folk-dubstep majesty of STUDY OF US, rising alt-rock heroes SUPRACELESTIALS and a rare outing by Fleas frontman Pedro Forte under his solo alias NOVEMBER.

Click here for all of the Washing Machine summer gigs 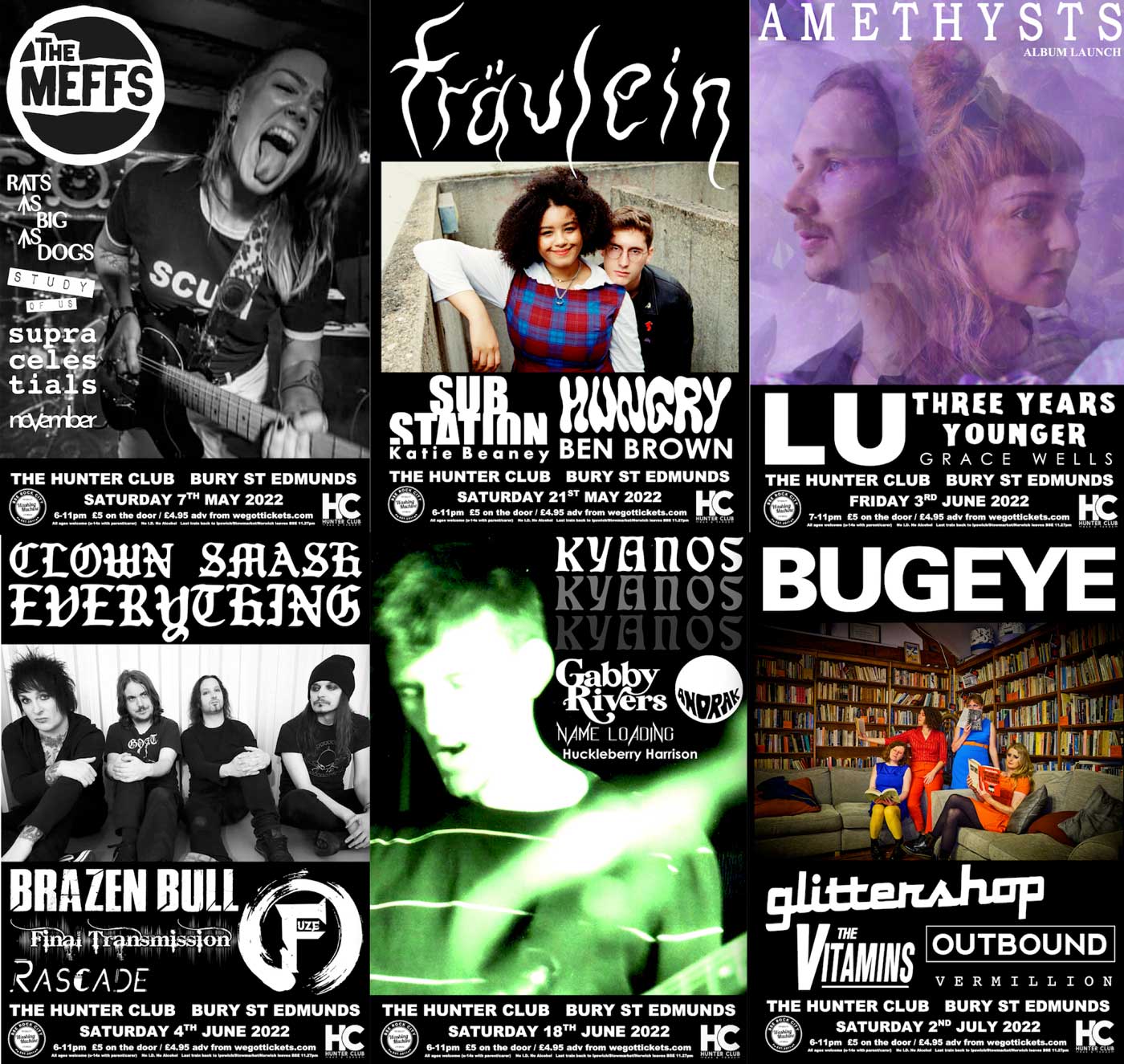