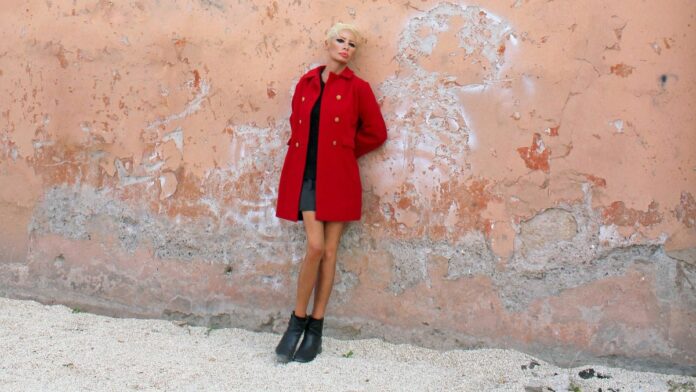 Music has always been a part of singer-songwriter Wendy James’ life and so no one was surprised when she began to pursue it as a career, including Wendy herself, who said, “This was always what I was going to do”. And that she did.

Born and raised in London, she made her mark on the music industry throughout the late eighties through to the mid-nineties as the fearless front woman of chart-topping alt-rockers Transvision Vamp which had great success with hits such as Baby I Don’t Care and I Want Your Love – to name but a few.

When the group disbanded, Wendy began to rise to fame on her own, collaborating with music legends like Elvis Costello, Iggy & The Stooges, Nick Cave and The Bad Seeds, and The Patti Smith Group.

More recently, her fifth solo album, Queen High Straight, was released last year during lockdown. While that may have been challenging waiting to celebrate its release with the tour; it reached great success by charting in the UK at number 16. Wendy explains, “It’s had the best reviews of my life, so it’s done very, very well for me”.

In terms of live shows, she has certainly had an extensive career and is very experienced in terms of touring worldwide, she reminisces on a few of her highlights to me: “We did three nights at Brixton Academy and then another three nights at Hammersmith Odeon, that was pretty great. We also played a football arena in Paris, which was pretty great too. Even just before COVID, we were out on the road opening for Psychedelic Furs and playing the Roundhouse in London, which was very exciting and a great success. I’ve got many, many great memories of live touring.”

However, this upcoming tour with The Wendy James Band has been a long-time-coming. Due to the restrictions on live shows, the tour ended up being rescheduled three times and, like many musicians, Wendy hasn’t played live since prior to the pandemic. She added: “Now we’re actually managing to do it! This tour is to play some of that music [from Queen High Straight], but also to play some of my past albums.”

Among the extensive number of shows on the upcoming tour, Wendy and her band are set to make stops at both Norwich Arts Centre (Friday 27th August) and Cambridge Junction (Tuesday 7th September). She tells me, “I have played in Norwich and Cambridge before, but I haven’t played either of these two venues, so I’m very much looking forward to that.”

She also took a minute to reassure audiences on the safety of the events and plea with fans on how important the vaccine is for helping resume live shows and normality, “I have been double vaxxed, and my whole band has been double vaxxed too. I’ll be coming into England with a PCR test, and everybody in the venues is being cleared to be working there. It’s going to be a safe environment – so please everyone, get your vaccination and then you’re in the all clear to come along and enjoy the shows and life just as you used to. There’s nothing to fear if you’ve been vaccinated.”

What’s next? Well, Wendy shows no sign of slowing down anytime as you can already pre-order ‘Album 10’ on her website. She explains, “I’m on song five and I can’t quite determine how many songs I am even going to do yet, but I do know that I’ll be recording it next year. After this tour has finished, I’ll be finishing off the writing and then we’ll schedule the recording time.”

And for fans, there’s even the option for signed CDs and exclusive perks, as Wendy adds “On my website we do special VIP passes to the recording sessions, for the people that have bought those, they can expect to be coming down and seeing everyone recording next year.”

Those are definitely collaborations that we would like to see! A big thank you to Wendy for her time in talking to us.

For the full list of tour dates or other information visit thewendyjames.com.

To order the Queen High Straight album, pre-order on ‘Album 10’ or check out the exclusive fan perks and merchandise visit thewendyjames.com/store.

You can also find Wendy James on social media:

Her music is available to stream on Spotify, Soundcloud and YouTube.